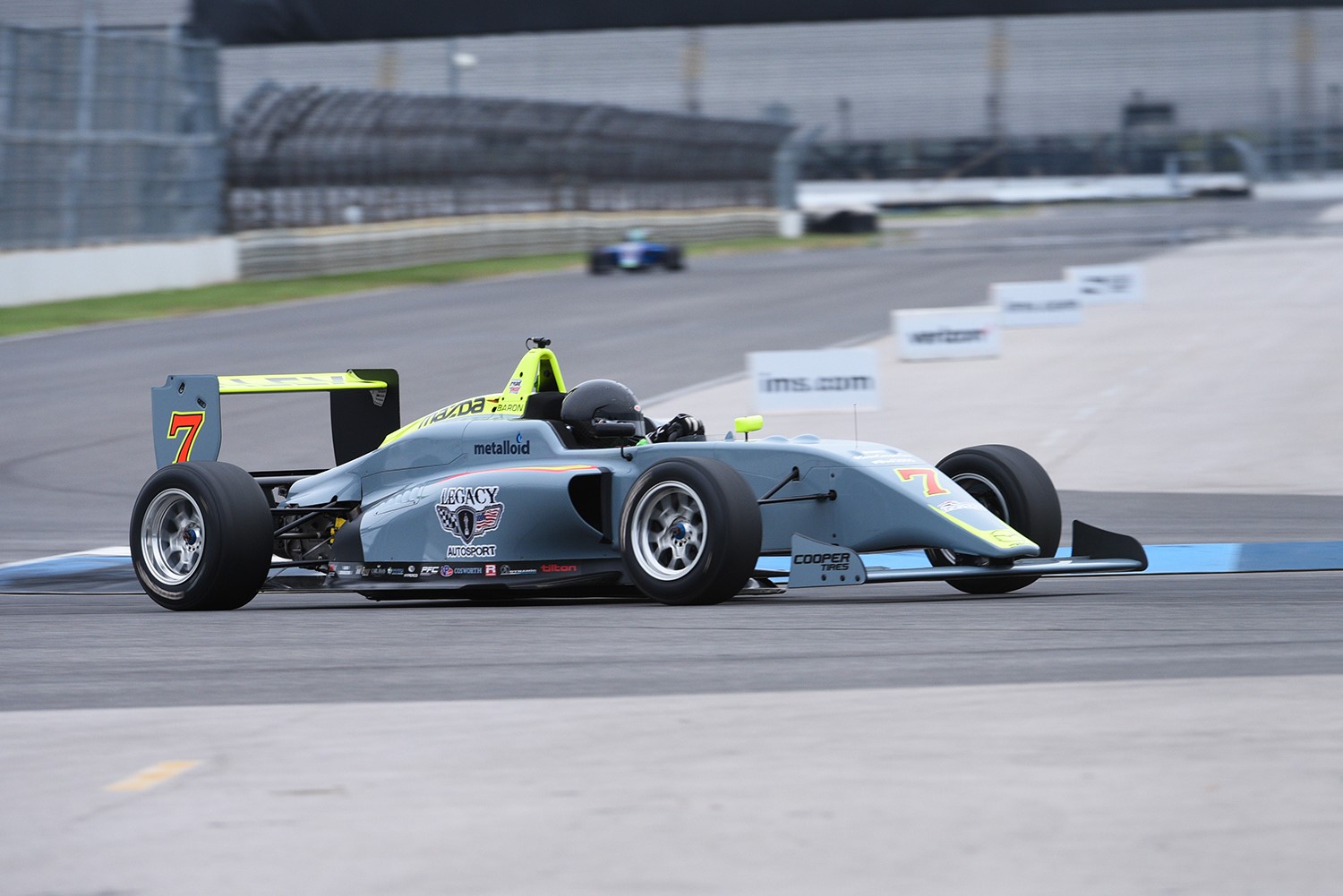 Just weeks following their official introduction as a new team in the Road to Indy program, Legacy Autosport is now completely focused on the 2019 season having completed an extremely successful weekend at the Chris Griffis Memorial Test on the Indianapolis Motor Speedway road course on September 22-23. The team, led by owner and veteran crew chief Mike Meyer, fielded a pair of Tatuus USF-17s for Frenchman Alex Baron and American Andre Castro and the end results were nothing but positive.

With a concentration on collecting data and developing their set-up book, the Legacy crew ran through their plan perfectly as Baron and Castro both performed brilliantly, spending the weekend in the top-half of the order for a majority of the test. Baron was on his game, putting his Legacy Autosport entry in the top-three of the overall time sheets, while Castro was impressive in his return to the seat after an extended absence. With their first outing in the books, the team is motivated to continue their progress with an aggressive off-season testing schedule with a focus on running two cars full-time in 2019.

“I am very proud of the entire team, as we had a set testing plan and marked off everything we wanted to collect data on," enthused Meyer, the team owner of Legacy Autosport. “To have both cars in the top-six with Andre in the top-five for most of the test and Alex as one of only three drivers in the 1-minute 24-second range right out of the box, I couldn’t be more excited."

Baron will lead the team in 2019, having been announced officially heading into the IMS test. Alex is excited to get his first full season in the Road to Indy next year, as he has previously run just partial schedules. Baron and his Legacy crew with on-par with the veteran teams in the paddock, which bodes well for success next year.

“The weekend was very satisfying for myself and the team," Baron commented. “Ending up third overall on the combined timesheets was possibly the best way to start our new adventure together. We can go into the off-season with our heads held high. I am extremely happy with what the guys had achieved in such a short period of time prior to the test, and it shows to everyone how willing, dedicated and professional this team is, and I couldn’t be any prouder of them."

Baron was joined on the Legacy Autosport line-up by 19-year-old Castro. The New York, NY driver ran a pair of USF2000 race weekends in 2017, but he has been on the sidelines since his last start at Barber Motorsports Park. The 2016 Team USA Scholarship finalist hit the ground running at IMS, steering his #77 USF-17 into the top-six from the very first session onward. Through the entire weekend, he melded extremely well with the team and worked diligently through the operation’s testing plan.

“It was great to finally get on track with everyone at Legacy Autosport, and to see the two-car program come to fruition at Indy," offered Castro. “After 18 months away, I was quite pleased with our speed from the very first session, and the team made me feel as comfortable as possible after my recent hiatus. It was extremely helpful having both Alex Baron and Alex Barron there to make the learning curve not quite as steep, and I want to thank Fred Edwards and Ryan Barth for the amazing hospitality. Hoping to be back at the track before too long!"

The team has developed an aggressive testing schedule to evaluate drivers and prepare for the 2019 season. Drivers interested in finding out more about the team or testing with us should contact one of the following team personnel: