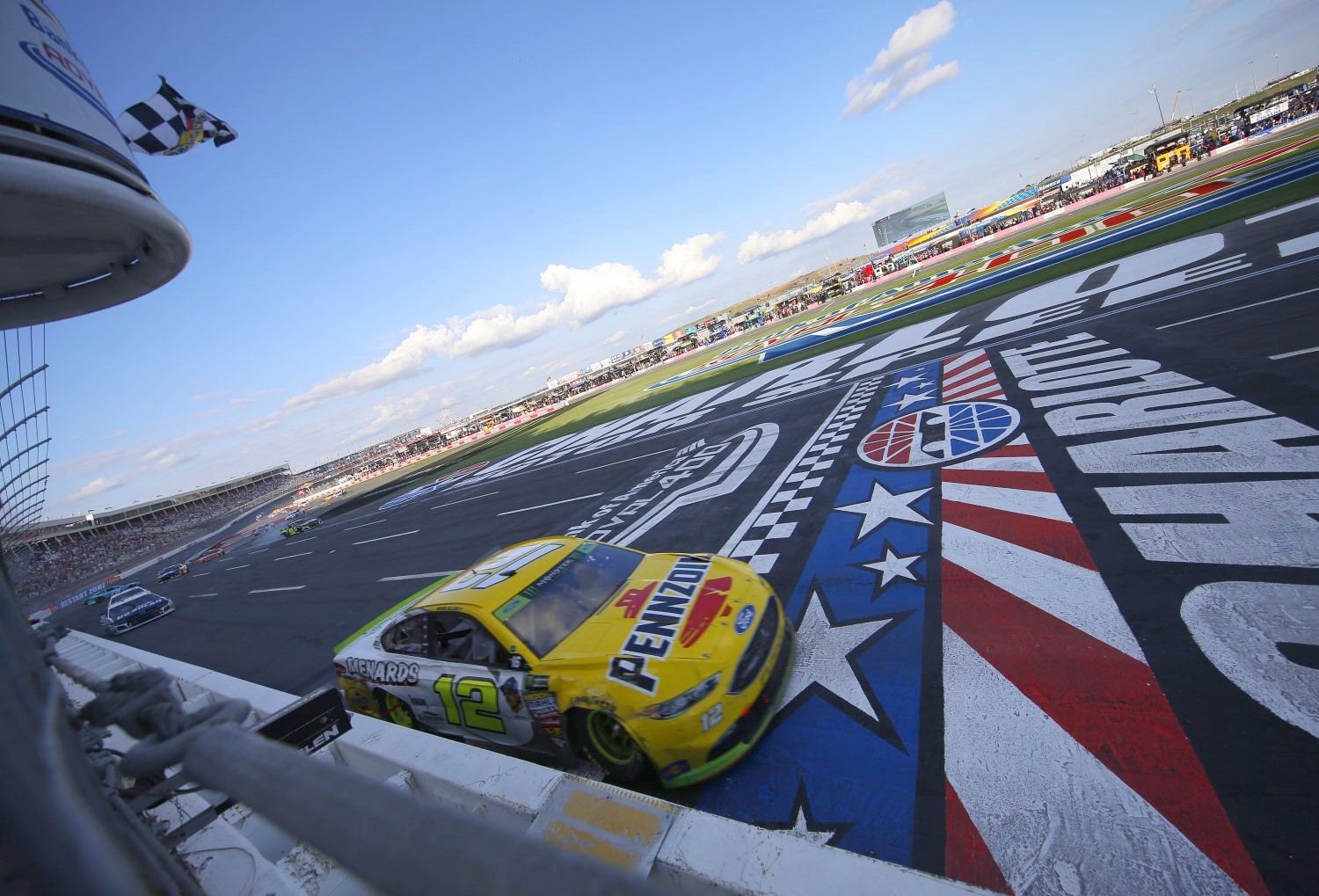 Ryan Blaney and the No. 12 Team Penske race team finished round one of the Monster Energy NASCAR Cup Series Playoffs with a bang by winning the inaugural ROVAL 400 at Charlotte Motor Speedway and punched their ticket to the Round of 12 starting next week at Dover International Raceway.

Powered by Shell technology under the hood, Blaney, driver of the No. 12 Menards/Pennzoil Ford Fusion, took the lead in the final corner on the last lap to capture the thrilling victory. Blaney, running in the third position, took advantage of an eventful situation when the two leaders in front of him spun out while battling for the win.

Coming to the finish, Jimmie Johnson slid into Martin Truex Jr., causing both cars to spin within sight of the finish line. Blaney avoided the incident and beat Jamie McMurray to the finish line to score his first victory of the 2018 season.

“It’s really cool. It’s a different way than I’ve ever won one before in my life," said Blaney after the win. “It’s cool to win the first one. Your name will be on it for a while, so that is special."

The victory marks the second-career win for Blaney, but first of 2018 and fifth points-paying MENCS win for Team Penske in 2018. The victory is also the 501st win overall for the Team Penske organization, which celebrated its 500th race win after Brad Keselowski took the checkers in at Las Vegas Motor Speedway just two weeks ago.

“We are thrilled for Ryan and all of Team Penske for this significant win," said Vatsal Shah, General Manager of Lubricants Technology for Pennzoil. “We’re proud that the special formulation of Pennzoil racing oil that Blaney uses in the No. 12 Menards/Pennzoil Ford Fusion was part of the success story at the ROVAL 400. Throughout the year, Shell scientists work hand-in-hand with Team Penske to optimize the Pennzoil racing oil that is critical to maximizing performance and engine reliability throughout the race. We are developing the next generation of high quality products for customers, and the knowledge gained through our work at the track is enabling us to do just that!"

With Sunday’s win Blaney and both of his Team Penske teammates, Joey Logano (No. 22 Team Penske) and Keselowski (No. 2 Team Penske) move on to the second round (round of 12) of the NASCAR “Playoffs". The second round begins this Sunday, October 7th at Dover International Raceway with the running of the Gander Outdoors 400.

Blaney’s 2018 ROVAL 400 win brings Team Penske a total combined 501 wins, 573 pole positions and 32 national championships. Beginning as Roger Penske Racing in 1966, competing in sports car and endurance events, Team Penske has grown into one of the most successful racing teams – and sports teams – in the world with nearly 100 drivers turning a lap in competition for Team Penske.