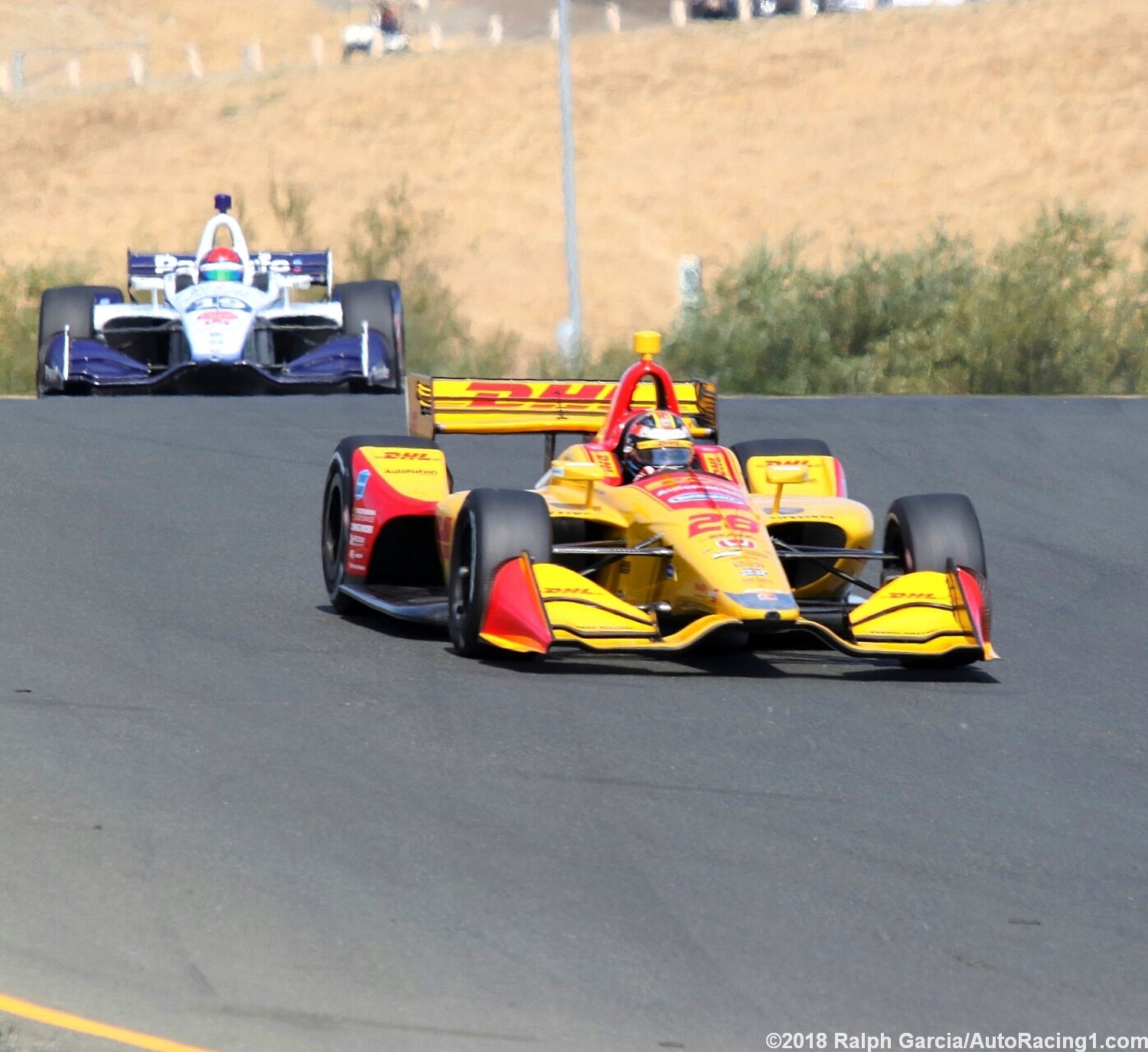 UPDATE We had a slight error in our NBCSN numbers below. Here are the corrected numbers and it shows that the average IndyCar race on NBCSN in 2018 had a total viewership drop of 12.4%

As young people cut the cable TV chord Nielsen ratings have begun to measure some streaming content as noted in this article. For now the streaming numbers are minuscule and add little to the overall ratings they report.

The Verizon IndyCar Series championship race at Sonoma Raceway on Sunday produced a total audience delivery number of 638,000 average viewers and was the fourth most-watched live IndyCar race on NBCSN in nine years.

This is according to data provided by The Nielsen Corporation and Adobe Analytics.

Sunday’s viewership of the 2018 Verizon IndyCar Series finale on NBCSN was up 19 percent vs. last year’s race (536,000) to tie as NBCSN’s fourth most-watched race out of more than 100 live races on the network since acquiring IndyCar rights prior to the 2009 season (tied with Pocono in 2015).

Sunday’s Grand Prix of Sonoma is the most-watched live race on NBCSN since Mid-Ohio in 2016 (811,000). Scott Dixon (Chip Ganassi Racing) won his fifth career championship, ranking second only behind A.J. Foyt (7) for the most IndyCar championships in history.

Including IndyCar live look-in coverage that took place during a NASCAR red flag from 6:46-6:54 p.m. ET, the total audience delivery for the race swells to 764,000 average viewers on NBCSN.

What the Fake News reports don't tell you is that the averages for NBCSN for the 2018 year are as follows: