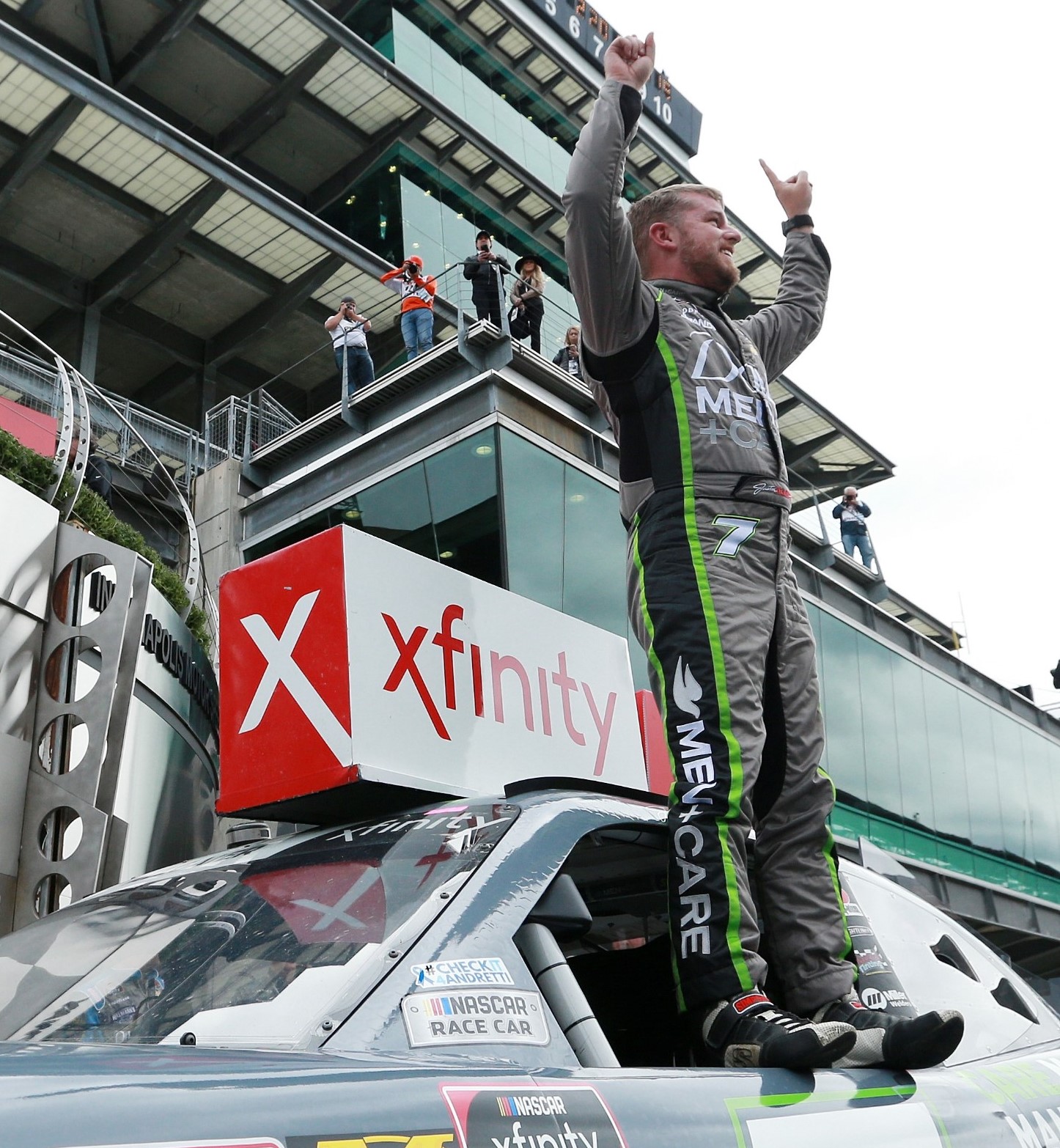 Unfortunately the massive grandstands were largely empty after Saturday's rainout and Monday being a work day.

The race was interrupted by 5 cautions due to accidents.

Allgaier, the Xfinity Series points leader, logged his fifth victory of 2018 in the penultimate regular-season race in the series. He led a race-high 41 laps.

Competition was so intense from that start that drivers were four-wide for the end of Stage 1, with John Hunter Nemechek squeaking out the stage win.

Hemric won Stage 2 after taking the lead 22 laps before the end of the stage.

Elliott Sadler, who entered the race in second place in the driver standings, wrecked out of the race on Lap 22 when his No. 1 JR Motorsports Chevrolet was caught up with Ty Dillon’s spinning No. 3 Chevrolet. Sadler, competing in his final fulltime season, told NBCSN he was disappointed to be knocked from contention for the regular-season Xfinity title.

Austin Cindric also suffered damage to his No. 10 Chevrolet in that Sadler-Dillon wreck, but finished 34th and held onto the 12th-place position in the playoff standings.

Later, Cole Custer spun through the infield grass and smacked the wall after he clipped the No. 19 Toyota of Brandon Jones on Lap 71. Custer’s No. 00 Ford suffered significant damage and he was forced from the race.

The race included a red flag for about six minutes after Ryan Preece’s No. 18 Toyota made hard contact with the infield tire barrier on Lap 78 after spinning in Turn 2.