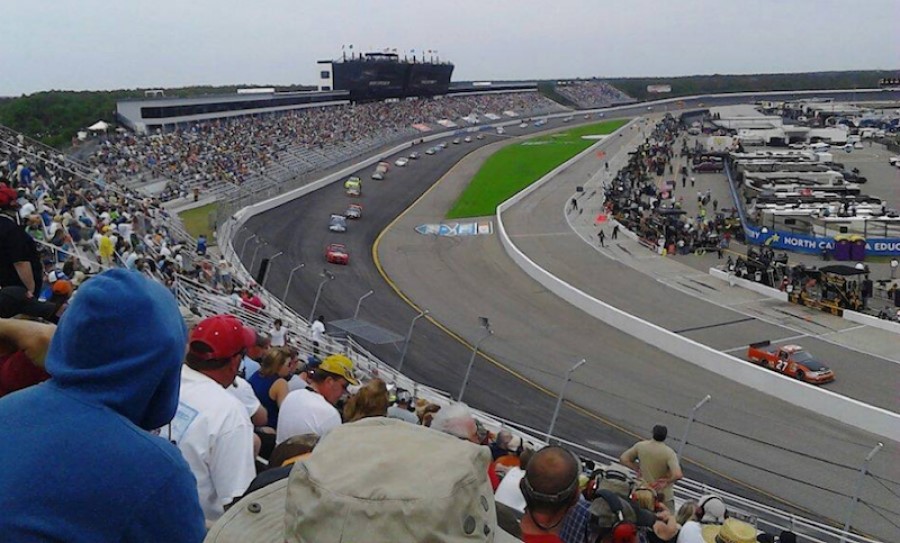 Rockingham Speedway is coming back to life writes Matt Weaver of AutoWeek.

Speaking to SiriusXM NASCAR radio host Dave Moody on Friday night, Lovenheim said he intends to have the facility open every week for festivals, concerts and racing events.

Lovenheim hopes that by making The Rock a year-round entertainment facility, he will be better equipped to support occasional motorsport events.

"Our primary focus is on festival events and racing events," Lovenheim said. "We also have a whole host of events in many categories. We are encompassing a number of genres with the understanding that it's a flexible event complex space. Racing will be a fundamental part of this but it's not the only part we are relying on."

"At this early juncture, all doors and paths are open and on the table," he said. "We are in discussions with NASCAR. We are in discussion for several events. At this point, unfortunately, I cannot be specific for what, when and how. In the next couple of months, that will be released and I can say that racing will be an integral part of the Rock Entertainment Complex's future."

The new track owner says his acquisition is in pretty good shape considering the passage of time. Rockingham has not hosted a motorsports event since the 2012 Camping World Truck Series season.

"Reasonable condition, all things considered, actually," Lovenheim said. "We are working to get the property up to a standard that is enjoyable for everyone for all types of entertainment … The first phase is a nice haircut. The power washing, painting, etc., etc. As we go, we are going to renovate and rejuvenate the entire structure. The entire plan taking about three years from top to bottom."

The reported sale of the facility is said to be 2.8 million dollars.

"It’s a 250-acre site, complete with the entire track, the facilities top to bottom," Lovenheim said. "If there were pens in the office, those are ours now."

And unlike say a North Wilkesboro Speedway, which saw a revival undermined by local politicians, the Richmond County officials have embraced and supported Lovenheim’s new endeavor.

"Our goal is to have nearly every week of the 52 weeks a year, filled with some kind of an event," he said. "All the neighboring communities seem to have an overwhelming positive view of that and the track coming back to life so to speak." Matt Weaver/AutoWeek