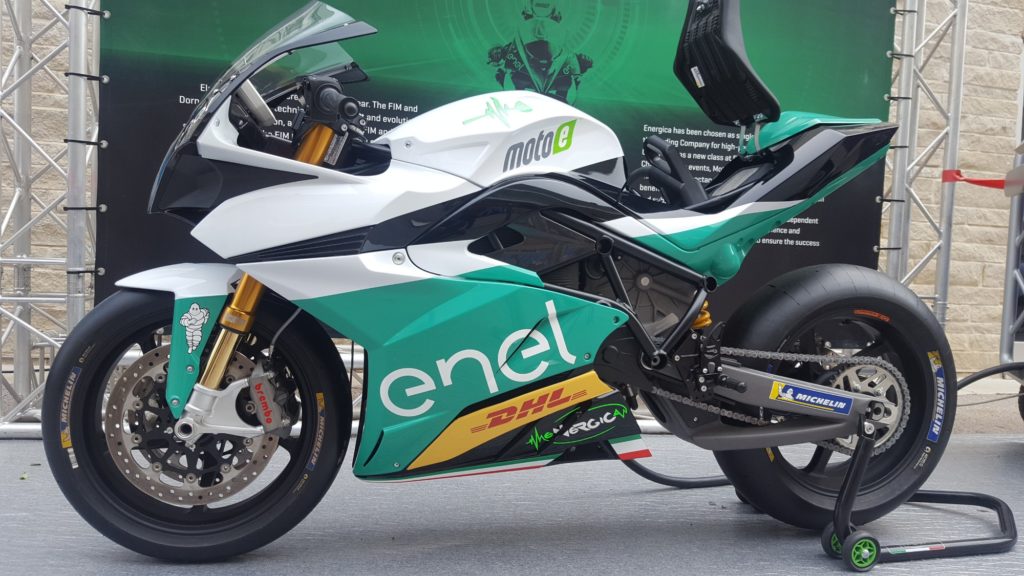 The first FIM Enel MotoE World Cup race calendar has been confirmed with a five-round schedule for 2019 starting at Jerez in May.

Following the confirmation of a 12-team and 18-rider line-up on the inaugural MotoE grid, the 2019 race calendar has been published with key details on the new series format.

Each MotoE race length will be between seven and 10 laps depending on circuit length with all competitors using the single-specification 2019 Energica Ego Corsa bikes.

All MotoE races will be held during MotoGP rounds at each circuit with weekend formats, including practice and qualifying, to be announced at a later date.

The full MotoE rider line-up will be announced at the next MotoGP round in Aragon later this month.