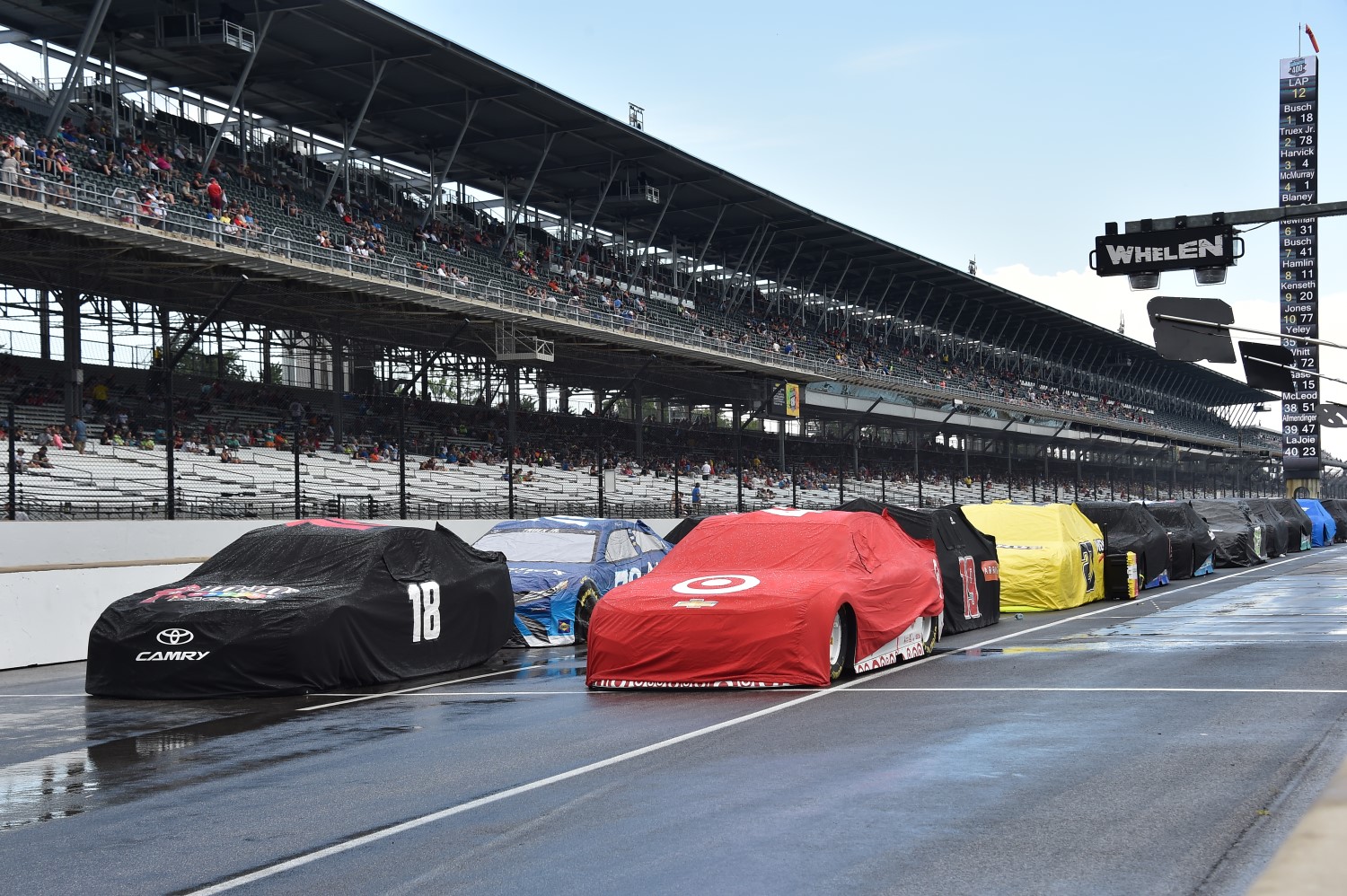 Heading into Friday (Sept. 7), it would be iffy on whether or not the XFINITY Series practiced at Indianapolis Motor Speedway with potential rain on the radar. Shortly after 2:45 p.m. ET, NASCAR cancelled both practice due to a heavy downpour.

After a morning rain shower, the weather cleared up enough for the jet dryers to almost have the track ready for opening practice at 1:05 p.m. ET. That’s when the sky opened up, where it would rain for the next hour-and-a-half.

Final practice was slated to get underway at 3 p.m. ET, but with the cancellation, the first time the XFINITY cars will see action on the track is Saturday (Sept. 8) at 11:45 a.m for qualifying. ET. But that, too, is weather dependent with rain in the forecast. The green flag for the Lilly Diabetes 250 is scheduled for 3 p.m. ET.

The biggest crowd at IMS this weekend is likely to be the USAC Midget race run Thursday night (13,000 over 2-days).