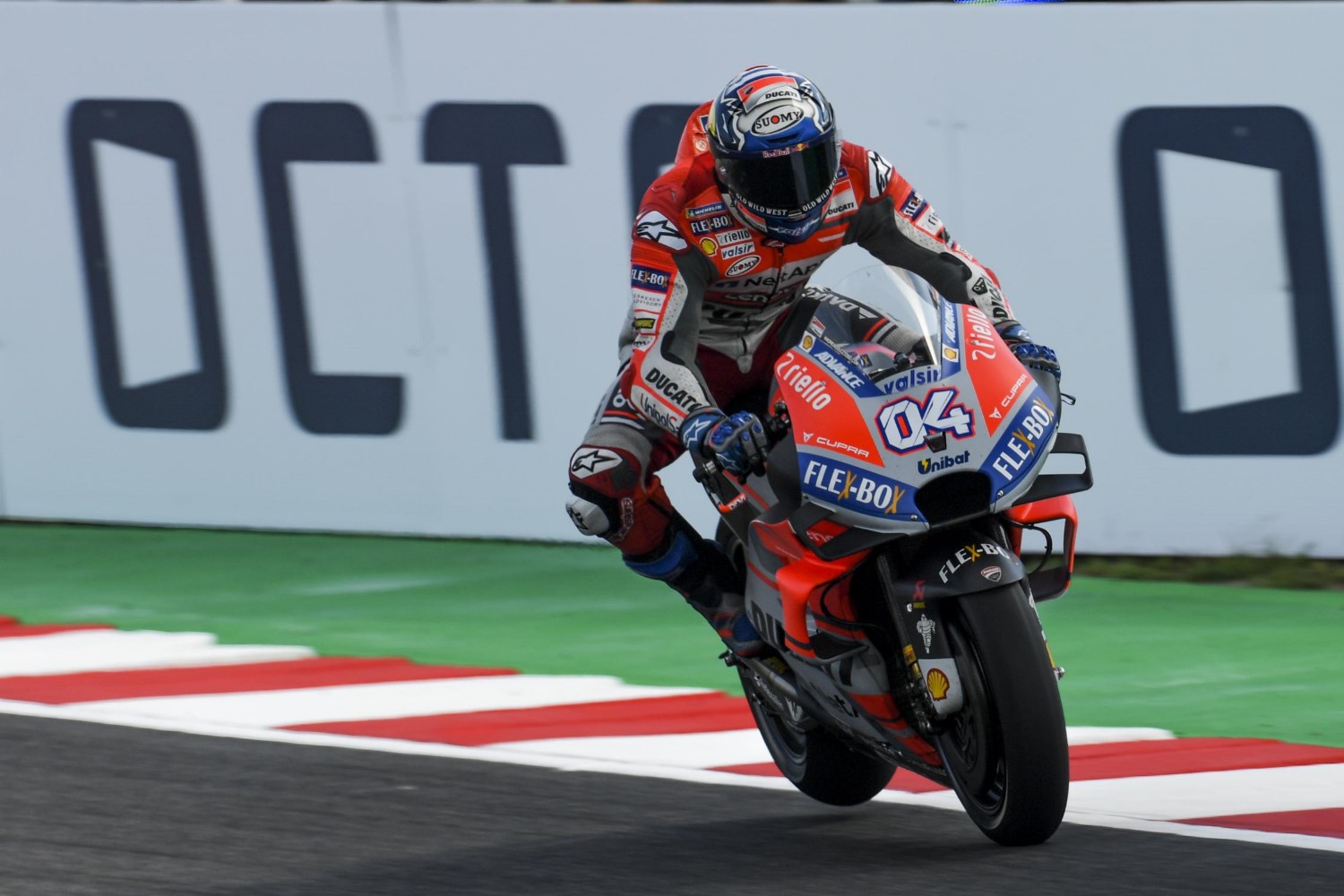 Andrea Dovizioso and Jorge Lorenzo made it a 1-2 for the Ducati Team on Day 1 at the Gran Premio Octo di San Marino e della Riviera di Rimini, with the two split by just 0.160 at the top. Reigning Champion Marc Marquez (Repsol Honda Team) completed the top five despite leading the way for much of the afternoon, but the number 93 was consistent and the race could well be a battle between the two factions. But that's for Sunday, and Friday was dominated more by time-attacks for many – with rain threatening, more threatening FP3 on Saturday and that all-important place in the top ten up for grabs on Day 1.

The dash to make it into that top ten almost made for the headline that never was, with Valentino Rossi (Movistar Yamaha MotoGP) almost finding himself outside the top ten by the close of action on Friday. The Italian left it late to lunge up to P8 overall, and with the weather threatening in the distance it seemed like a tense race against time for the rider from Tavullia. The rain held off, however, and the local hero makes it through.

Dovizioso and Lorenzo’s closest challenger on the combined timesheets, however, was Cal Crutchlow (LCR Honda Castrol), who, by extension, also ended Friday as top Honda and top Independent Team rider at the venue. He was a tiny margin behind Lorenzo, just 0.027s, but the gap behind him was an even more incredible 0.026 as Maverick ViÃ±ales (Movistar Yamaha MotoGP) took P4 and edged Marquez by the end of play.

Marquez, meanwhile, was a little further off. The number 93 was just over a tenth behind his compatriot, but he did have a comfortable 0.185 back to Danilo Petrucci (Alma Pramac Racing) in sixth – and his rhythm looked impressive. Behind ‘Petrux’ was Alex Rins (Team Suzuki Ecstar) in P7 just half a tenth further back, with Rossi ultimately taking eighth late in the day but only 0.011 off the Spanish sophomore’s best lap of the day.

Andrea Iannone (Team Suzuki Ecstar) and Franco Morbidelli (EG 0,0 Marc VDS) completed a top ten rife with home heroes, although the day came to a more difficult end for ‘Maniac’ Iannone. Crashing out right near the conclusion of FP2, the Italian was the only man in the top ten by virtue of his FP1 time.