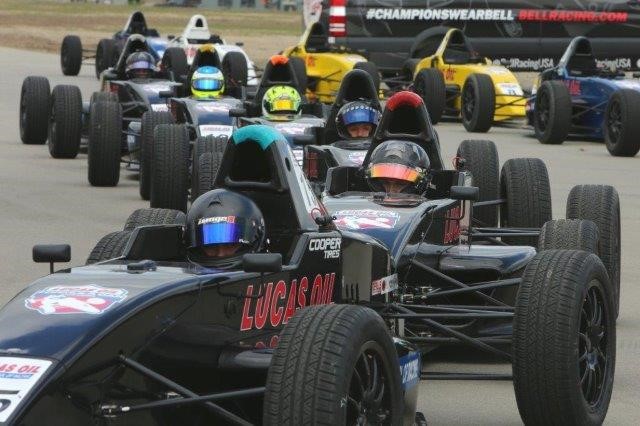 Six finalists for this year’s coveted Team USA Scholarships will convene this week at Road America in Elkhart Lake, Wis., for a two-day shootout. Ultimately, two American youngsters will be invited to represent their nation at the Formula Ford Festival and Walter Hayes Trophy events later this fall in England. They will also earn an invitation to the Mazda Road to Indy USF2000 $200K Scholarship Shootout, the winner of which in December will secure a $200,000 prize to enter the 2019 Cooper Tires USF2000 Championship Powered by Mazda.

This week’s shootout will take place on the Road America short course in conjunction with the Lucas Oil School of
Racing and long-time Team USA Scholarship partner Cooper Tires.

The six finalists (listed below with age, hometown and current racing affiliation) represent a variety of racing categories and were selected from an original group of 10 candidates following assessments carried out during the Verizon IndyCar Series event at Mid-Ohio in late July:

“I believe we have a particularly strong group of drivers this year and we have some extremely tough decisions ahead of us. I should mention, too, that California-born Hunter McElrea, withdrew his name from the reckoning due to a clashing date with the Australian Formula Ford Championship, which he currently leads."