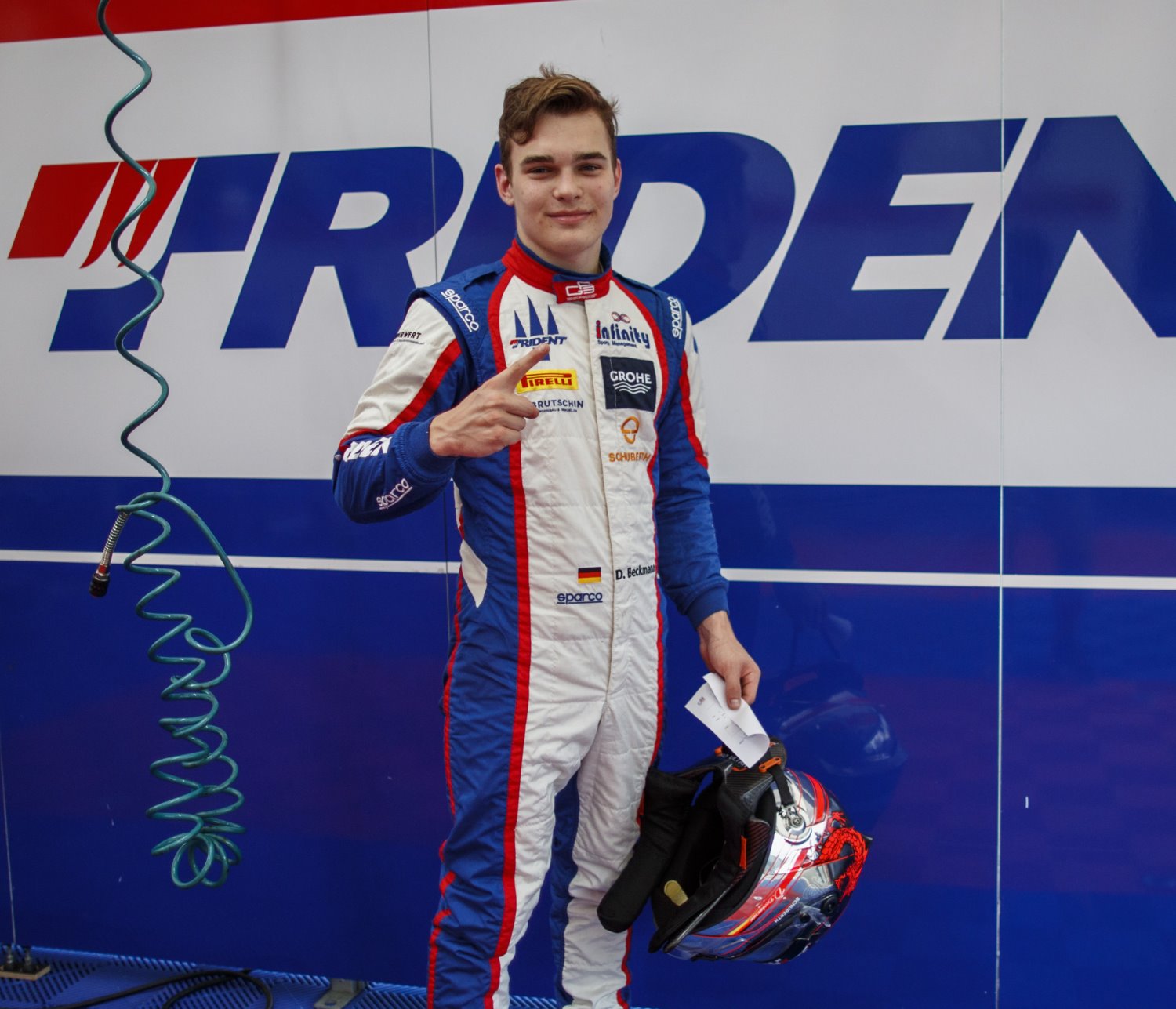 Trident’s David Beckmann celebrated his second consecutive pole position in GP3 Series Qualifying at Monza, Italy, squeezing past ART Grand Prix’s Anthoine Hubert by 0.011s to set a 1:37.959 as Leonardo Pulcini of Campos Vexatec Racing qualified third at his home circuit. The session was preceded by a 10-minute Free Practice session, which was topped by Jenzer Motorsport’s Tatiana Calderon.

After this morning’s Free Practice was cancelled following a heavy deluge of rain, a shortened session was provided ahead of Qualifying. With the drivers eager to take advantage, Callum Iplot got the running underway and set the opening timed lap before being overhauled by his ART teammates. Ryan Tveter then went quickest, before Beckmann leapfrogged his Trident teammate before Nikita Mazepin leaped to the top. Calderon then beat the Russian’s benchmark, later improving to a 1:40.120 to head the times.

Hubert was first on the road once the qualifying session opened for business, leading out ART stablemates Iplot, Mazepin and Jake Hughes to the circuit. The quartet were first to set timed laps, with Hughes taking the initiative before Tveter set the first time in the 1m39s. Mazepin beat the American on his next lap, but Beckmann dispatched him shortly after.

Hughes then seemed to claim first before the mid-session tire switch, but Mazepin and Giuliano Alesi bumped the British driver down to third before pitting. MP Motorsport’s Richard Verschoor was first to return to the circuit on new tires, as rain flirted briefly with the second half of the session. Once the drivers had got their new tires rubbered in, Beckmann returned to the top of the standings before Hubert smashed his lap by half a second to get into the 1m37s.

Beckmann regrouped and managed to edge the Frenchman by 0.011s, going into the final stages as the man to beat. Despite a brilliant opening sector, Pulcini was unable to clinch pole at home, slotting into third position behind Hubert as Juan Manuel Correa beat Alesi to fourth on his final lap. Iplot emerged sixth fastest, beating Tveter, while Calderon secured eighth place. Pedro Piquet and Niko Kari completed the top ten.