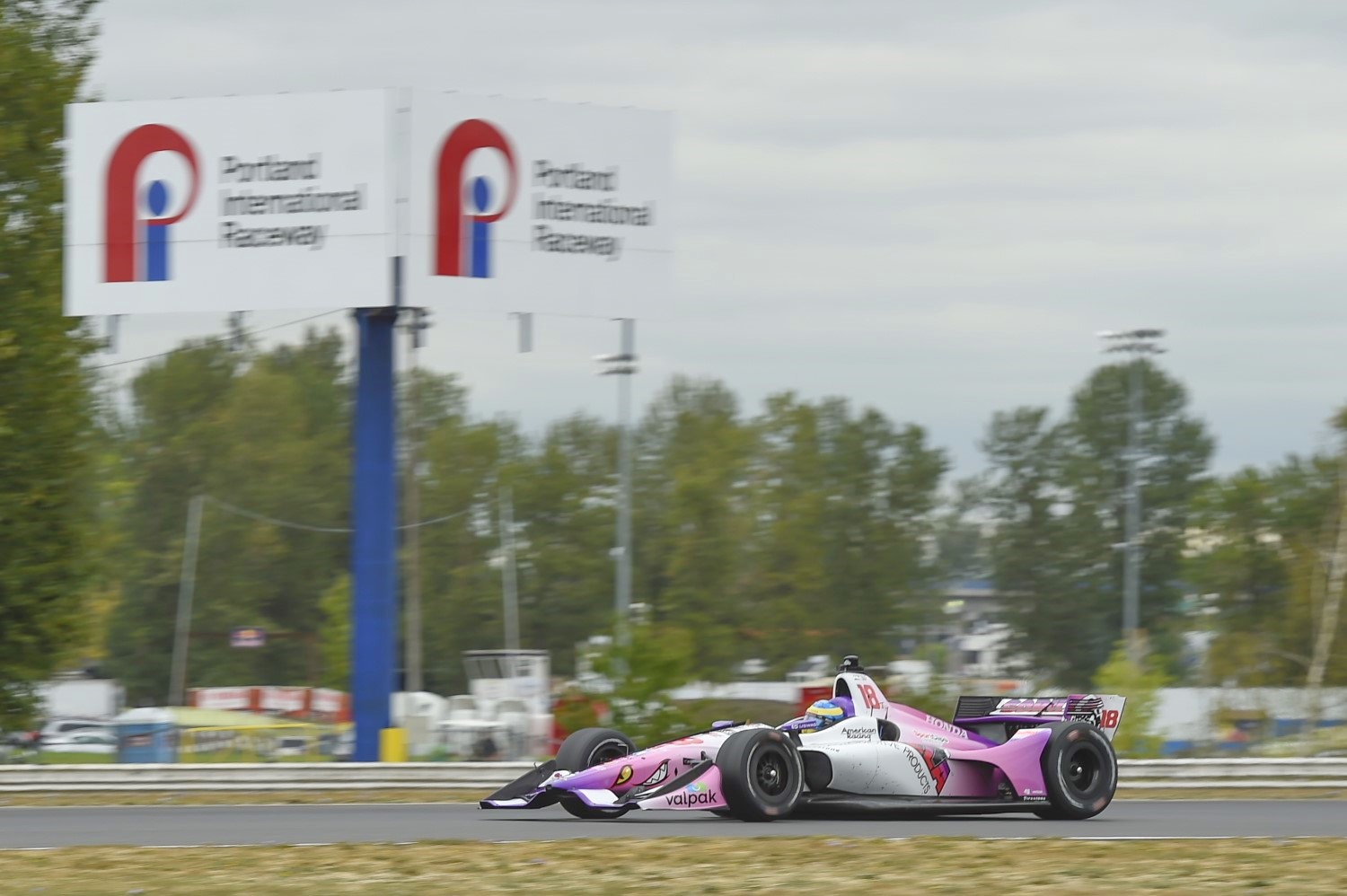 But after his first laps in the 2018 Indy car at Portland, he felt like he was visiting for the first time.

"It's narrower than I remember it," the four-time Indy car champion said during a break Thursday at INDYCAR's Open Test at the track. "The width goes from super-wide to very narrow. It's probably the narrowest place we go all season. It's just a feeling you just have to get used to again."

Bourdais was one of 25 Verizon IndyCar Series drivers to test at the 1.964-mile road course as the Indy cars returned to the Pacific Northwest for the first time in more than a decade. Verizon IndyCar Series points leader Scott Dixon led the day with a lap of 58.3593 seconds, 121.153 mph, in the No. 9 PNC Bank Chip Ganassi Racing Honda.

Power and Bourdais are among the seven drivers with previous Indy car experience at Portland. Verizon IndyCar Series points leader Scott Dixon, who raced at the track in 2002, agreed with Bourdais, saying the changes, coupled with the new car, are the biggest factors in the new feel.

The biggest change is a re-pavement and reconfiguration of the track done following the 2007 season. Bourdais said improvements, which include widening of Turns 4-6 and the addition of curbing, made a big difference.

"The curbing situation is different enough that it changes everything," he said. "The new pavement, obviously, there used to be some concrete patches which dictated you use a certain line and really hit the outside tires on it. It used to be a very specific and typical racetrack. And now it's got a very different characteristic. You're really shooting for something different.

"The back chicane used to have a big mound that you had to go over and that was kind of widening the track a bit. That's gone, so the line feels extremely narrow, especially as quick as we're going through there. Quite a different feel."

The race weekend begins with two practice sessions slated for Friday. Both will be available on RaceControl.IndyCar.com. NBCSN will televise the Grand Prix of Portland at 2:30 p.m. ET on Sunday.

08/30/18 If Thursday's test day is an indication, Scott Dixon plans to take the fight to Alexander Rossi and Will Power in his battle to win his 5th title.

Dixon turned the fastest lap in session 2, which was run in cooler conditions, with a time of 58.359s to lead Will Power by just 0.0335s.

With 1-second covering the top-21 drivers, Josef Newgarden and Marco Andretti rounded out the top-5.

How meaningful are today's times? We'll find out tomorrow when official practice gets underway at Portland International Raceway and everyone starts to show their real hand.