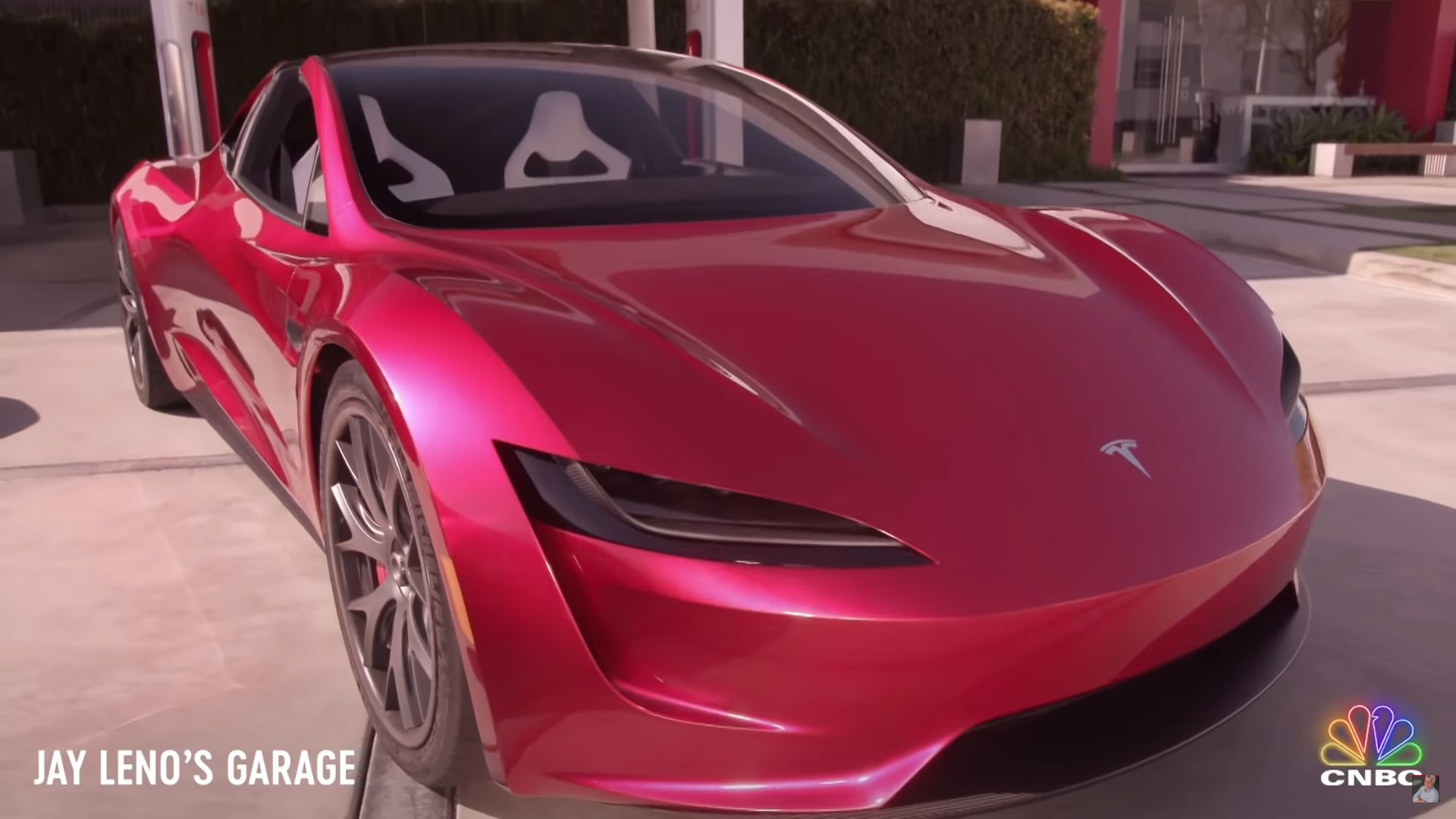 On the latest episode of Jay Leno’s Garage, the former late-night host takes us through the past and present of Tesla cars (the 2008 Roadster and 2018’s Model 3), before giving us a glimpse into the future with a test drive of the 2020 Tesla Roadster.

Unveiled back in November, Elon Musk promises that the upcoming Roadster is “the fastest production car ever made." The car can reach 0-60 mph in just 1.9 seconds — faster than the average Formula 1 car — it can cover a quarter mile in just 8.8 seconds, and can reach a top speed of 250mph.

In the video, Leno meets up with Tesla’s Chief Designer, Franz von Holzhausen who brings him for a test spin of the upcoming model. Watch the 2020 Roaster in action — and Leno’s hilarious reaction to the drive — above.