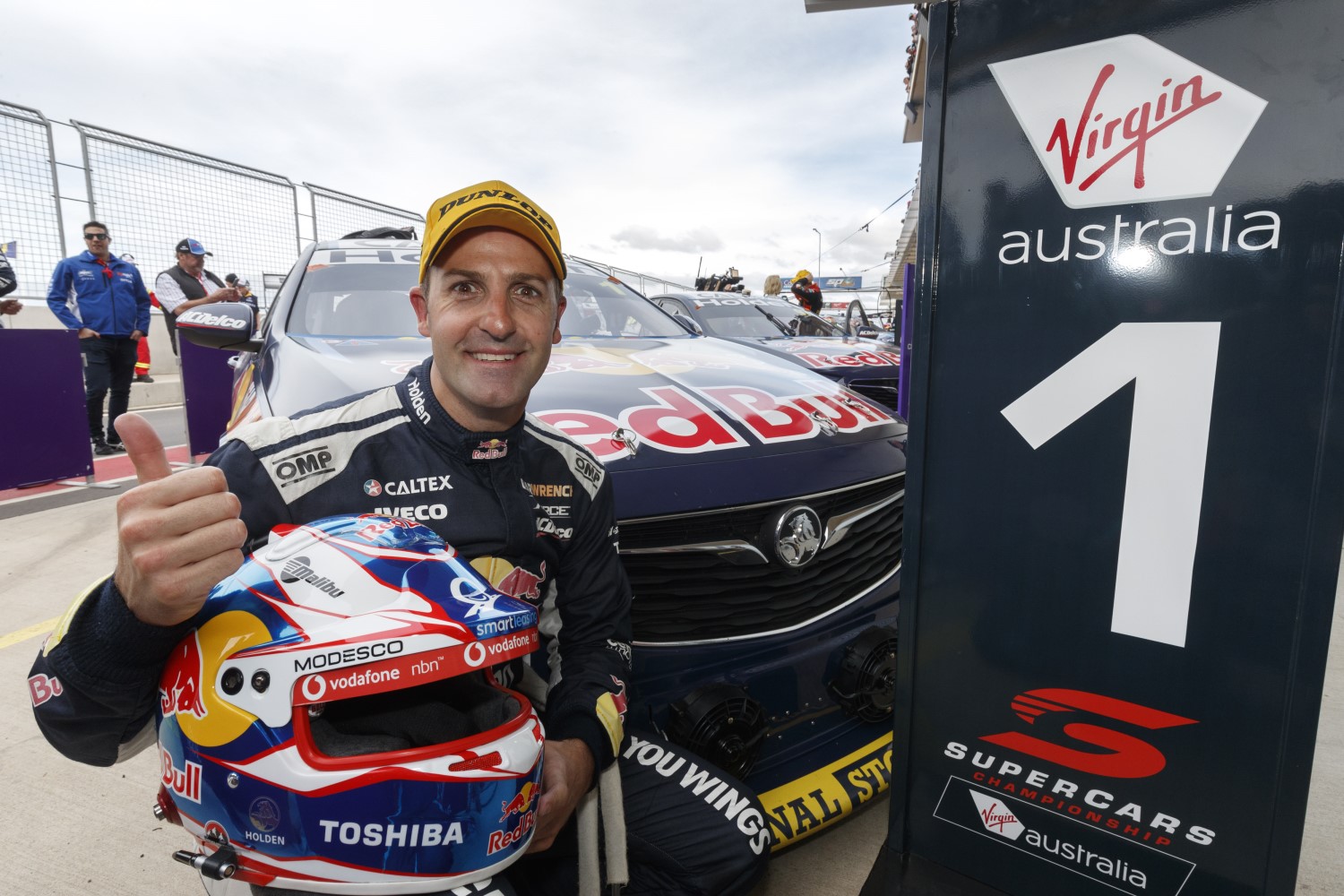 Seven-time Supercars Champion Jamie Whincup has set the scene for a Championship fightback in a 1-2 finish with new Championship leader Shane van Gisbergen in the OTR SuperSprint at Tailem Bend in South Australia.

Whincup blasted away the field with an 11 second win from Van Gisbergen and a man of the match effort by David Reynolds to work through the field from 12th to third in an incident free race.

It sets the scene for an intriguing PIRTEK Enduro Cup season starting with the RABBLE.club Sandown 500 before moving onto the epic Mount Panorama and the Vodafone Gold Coast 600.

The Red Bull Holden Racing team duo were virtually untouchable today on the long Tailem Bend Circuit. There were no safety cars, leaving the two alone out in front.

“We need to make sure we had two fast cars," Whincup said. “I know it’s cliché but full marks to the team. They gave us two rockets and us two Wally’s kept it on the track, most of the time."

“There is such a long way to go," Van Gisbergen said. “We need to keep our heads down but credit to the team. We have got to keep focused but we are in a good spot."

Bathurst Champion Reynolds would now be in a good place to defend his title. Despite a slow start to the weekend on a new track the finish was impressive.

“Mega effort by the Penrite Erebus team, everyone should be really happy," he said.

“We got the setup a little late. If we had that at the start of the weekend it may have been a different story. It’s a great result even though we didn’t qualify the best.

Whincup got the jump on his Red Bull Holden teammate from the start. As teams cycled through pit stops the field was mixed up until Whincup and van Gisbergen emerged back in the front once both mandatory changes were done.

Freightliner Racing’s Tim Slade looked set for his first podium of the season, running comfortably between van Gisbergen and Reynolds entering the final 10 laps. But with eight to go, though, he locked up entering and ran wide, losing third to Reynolds.

Slade had to settle for fourth, ahead of Brad Jones Racing team-mate Nick Percat, who was another big mover from 15th on the grid in a cracking weekend for the Albury based outfit.

The next stop for Supercars is the opening event of the PIRTEK Enduro Cup, the RABBLE.club Sandown 500, to be held at the historic Sandown Raceway from 14-16 September.

With 300 points up for grabs, Sandown is shaping as one of the most important in the Championship race with just eight races remaining in 2018.