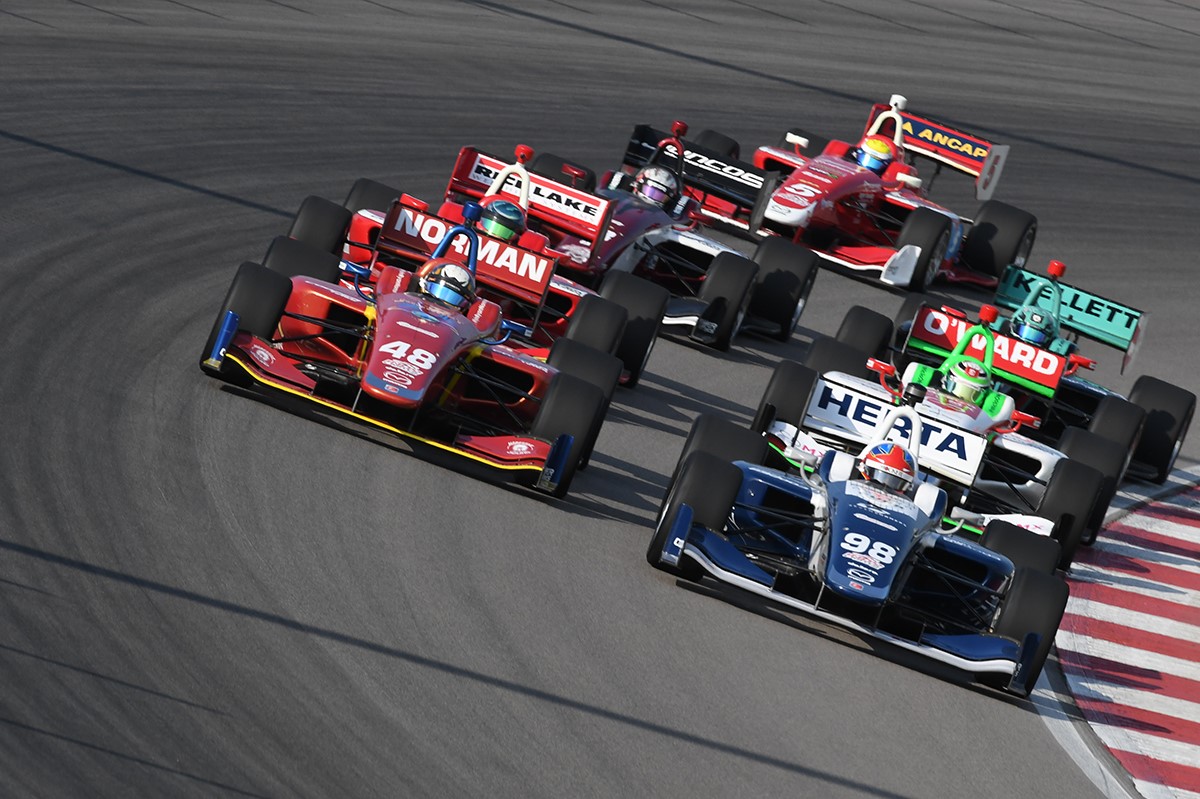 Points leader Patricio O'Ward finished third in the 75-lap race run without a caution period to give Andretti Autosport a podium sweep. O'Ward takes a 25-point lead over Herta to the doubleheader finale weekend at Portland International Raceway from Aug. 31-Sept. 2.