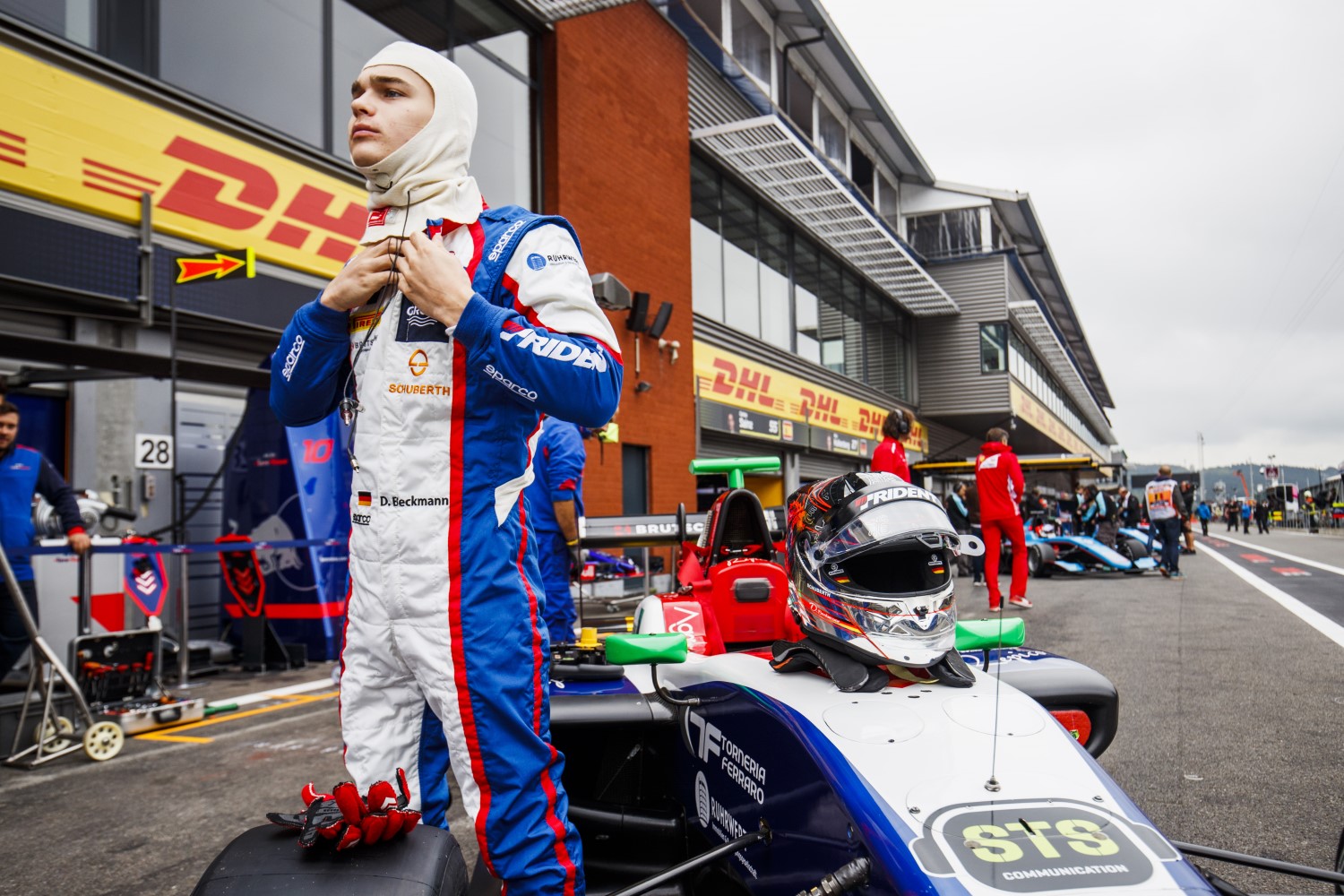 David Beckmann secured his first GP3 Series pole position in Qualifying at Spa-Francorchamps, Belgium, posting a 2:04.355 on his final flying lap to cement Trident’s first pole of the season. The German driver saw off an effort from points leader Anthoine Hubert, who failed to claim his third consecutive pole while Pedro Piquet clinched third with a lap late on after the checkered flag had waved.

Hubert was first to the track to get the session’s running underway, followed closely by ART Grand Prix teammates Nikita Mazepin and Jake Hughes – with MP Motorsport’s Niko Kari running them close. Kari set the opening time, nailing a lap in the 2m07s to the board which was quickly beaten by rookie teammate Richard Verschoor. Giuliano Alesi was next to take top spot, moving the pace into the 2m06s before the head of the timesheets were swarmed by the ART quartet – Callum Ilott the figurehead of their assault on pole.

The Trident drivers then hit back, and Ryan Tveter eclipsed the British driver by just 0.022s before Hubert briefly occupied first position. After topping the Free Practice session, Beckmann then wrested control of the session and, despite Alesi’s best first sector, the Frenchman was unable to overturn the German’s advantage ahead of the mid-session rush for fresh tyres.

After dropping in for new medium compound Pirellis, Piquet was an immediate threat to Beckmann, pumping in a new best opening sector before Tveter put the Brazilian driver in the shade with a mighty middle sector to claim provisional pole – with Piquet just half a tenth behind the American. The pendulum fleetingly swung in ART’s favor in the dying stages, as Hughes held first for a few seconds before Hubert eclipsed his teammate as he looked for a trio of pole positions.

Beckmann then swept to the top just after a tabletopper time from Alesi was deleted for a track limits infringement, prompting a final flurry of laps just after the checkered flag. Despite the best efforts of Piquet, who had once again impressed in sector one, he was only able to elevate himself as far as third. The ARTs then challenged, but Beckmann managed to dig deep and raise the bar even higher, locking down pole position on his final run.

Hubert starts on the front row in Saturday’s Race 1, while Piquet starts alongside Hughes. Mazepin and Ilott locked out the third row for ART, as Simo Laaksonen took the seventh best time to beat Tveter. Alesi and Joey Mawson will complete the top half of tomorrow’s grid.