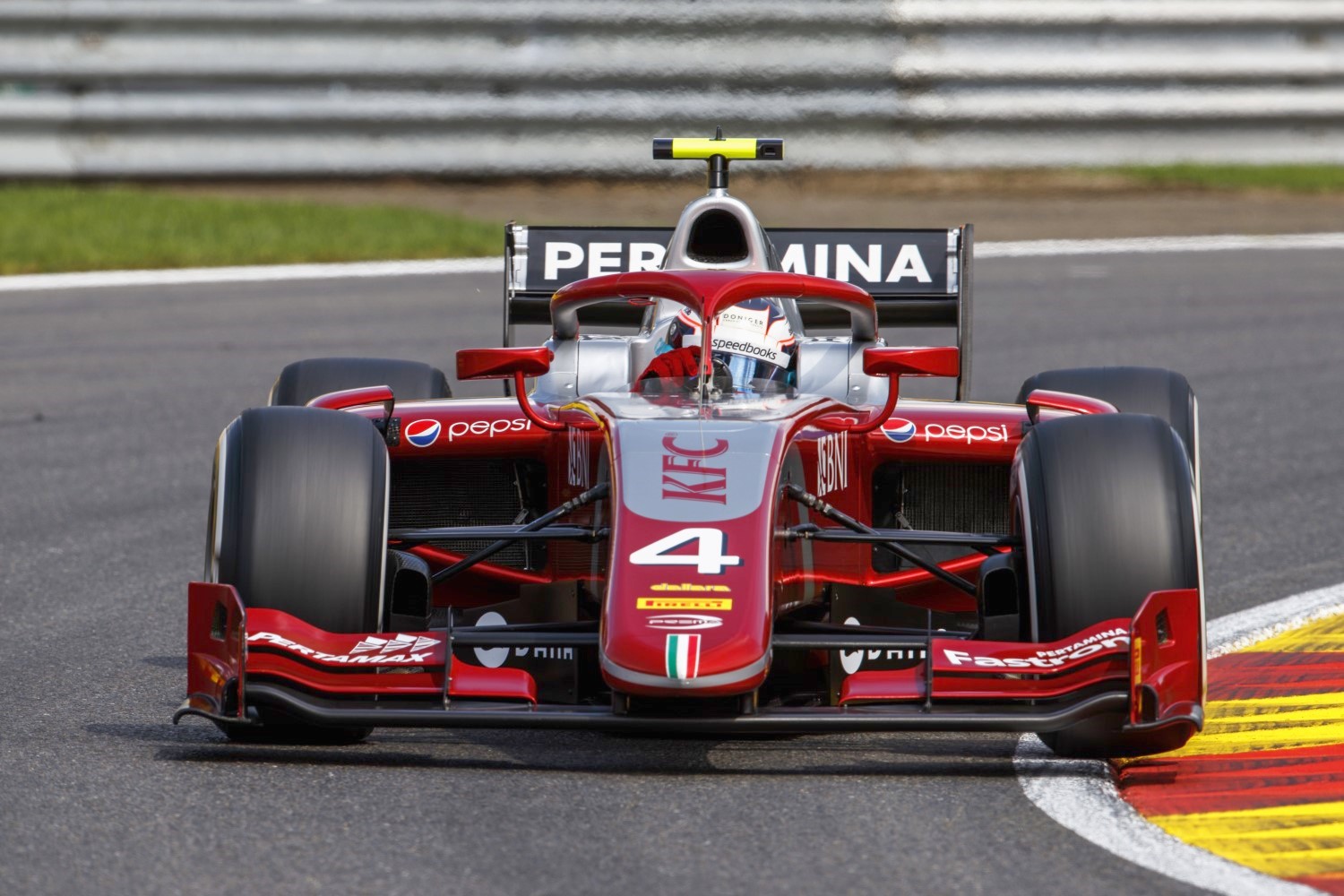 Nyck de Vries rocketed to the top of the Free Practice standings in the FIA Formula 2 Championship round at Belgium, firing in a 1:58.125 to secure the fastest lap time of the session. The PERTAMINA PREMA Theodore Racing driver beat Carlin’s Sergio Sette Camara by just one hundredth of a second, as championship leader George Russell secured third for ART Grand Prix.

The session commenced under overcast conditions, and ART’s Jack Aitken was first to hit the road – followed by Maximilian Gunther (BWT Arden) and Lando Norris (Carlin), the latter of whom had just completed a Free Practice session for the McLaren F1 Team. Aitken posted the first timed lap and, while Sette Camara quickly delved five seconds below the benchmark time, the Brit immediately became the first to venture into the sub-2 minute laptimes.

Norris then beat his compatriot by almost half a second, before his teammate Sette Camara blasted his way to the top of the timing boards with a 1:58.135 – with Russell improving to split the Carlin duo. It was then the turn of de Vries to occupy top spot, and shaved 0.01s off of Sette Camara’s then-headline time to conclude the opening ten minutes of the session.

At the end of the first quarter of an hour, the majority of the field spilled into the pits to brace themselves for a set of race pace simulations. As a result, very little change in the order was seen throughout the session, save for a few improvements lower down the timing boards. Attempting to better his time in the dying moments of the session, de Vries beat his personal best first sector before an errant moment on the exit of turn 11 put paid to any further improvement.