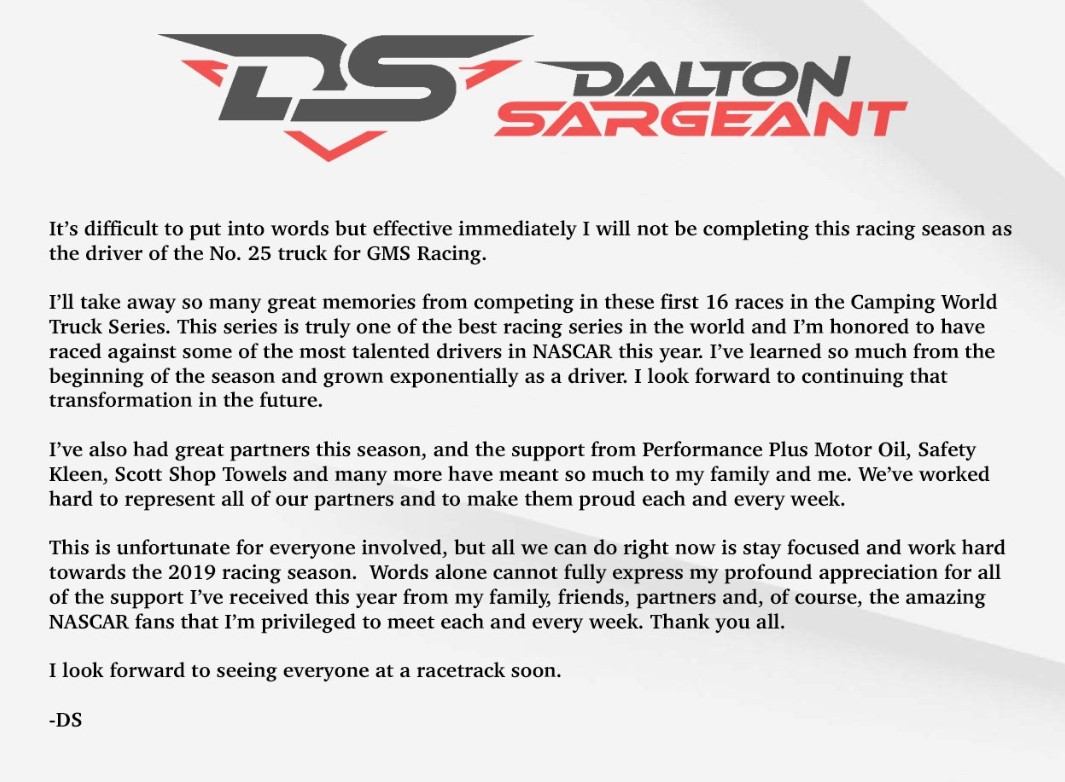 “Due to a unfortunate circumstance with Sargeant Motorsports, Dalton Sargeant will no longer compete with GMS Racing full-time in the Truck Series for the remainder of the 2018 season." Mike Beam, President of GMS Racing, said in a statement released by the team. “Until the issue is resolved, Spencer [Gallagher] will serve as the fill-in driver of the No. 25 Chevrolet entry beginning this weekend in Canada. We hope a solution can be agreed upon and to see Dalton back racing GMS equipment in the near future."

After the news was made public, Sargeant issued a statement of his own. Frontstretch