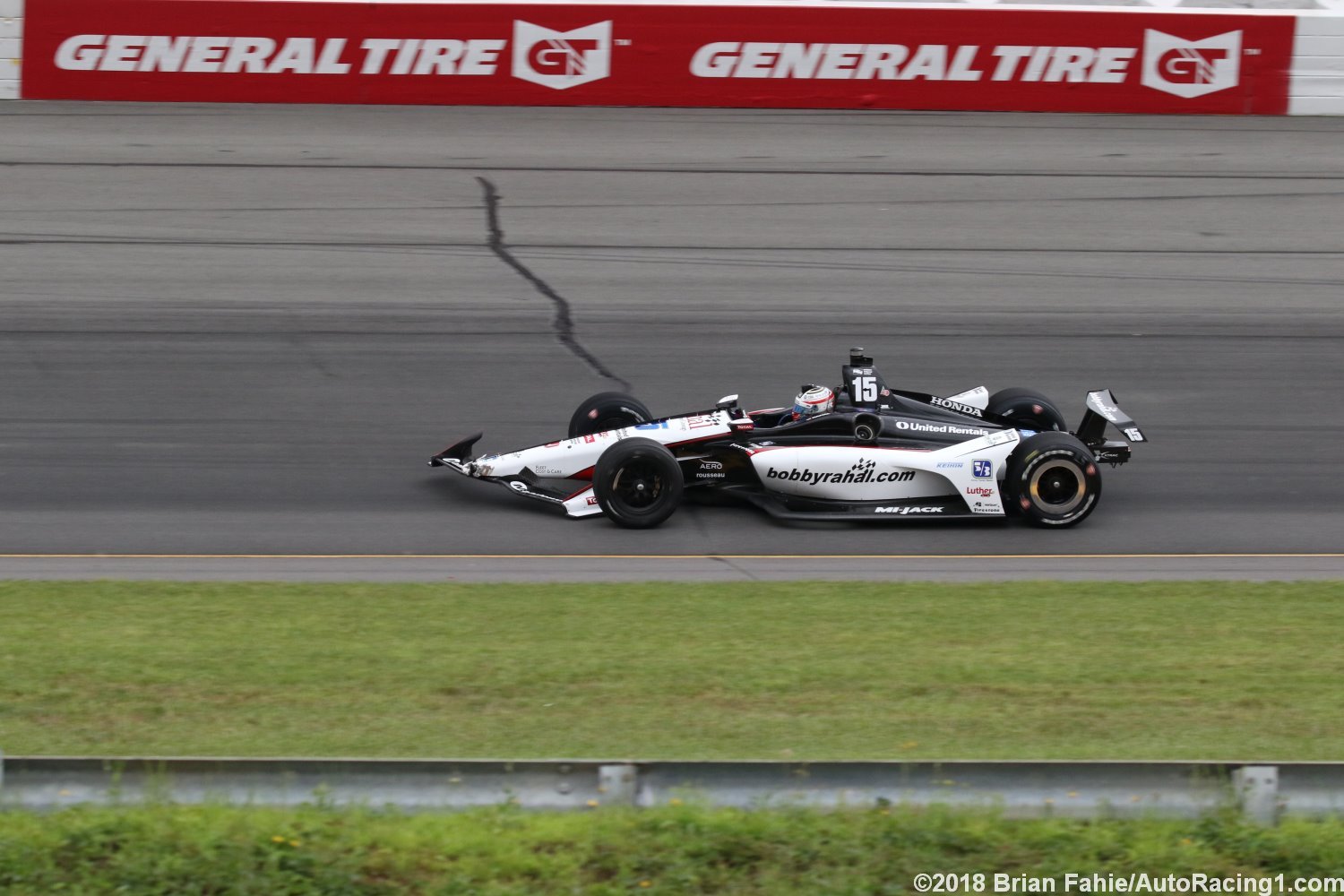 UPDATE INDYCAR vice president of Communications Curt Cavin just announced that Robert Wickens is awake and alert and has been transported by helicopter to Lehigh Valley Hospital in Allentown, PA. The ABC Supply 500 is still under Red Flag.

We will pass along more information as we receive it.

08/19/18 The ABC Supply Pocono 500 IndyCar race has been red-flagged for a horrific accident on lap 7 when Robert Wickens touched the left rear tire of Ryan Hunter-Reay and sent both cars hard into the wall. Wickens SPM Honda went flying up into the safety fence and took down several poles. Wickens car was destroyed and they are still trying to get Wickens out of the car. No word yet on his condition.

Hunter-Reay said "I gave him a lane and he was only at my left rear and was surprised I got hit. But that is not important right now. We are all more concerned about Robert's condition."