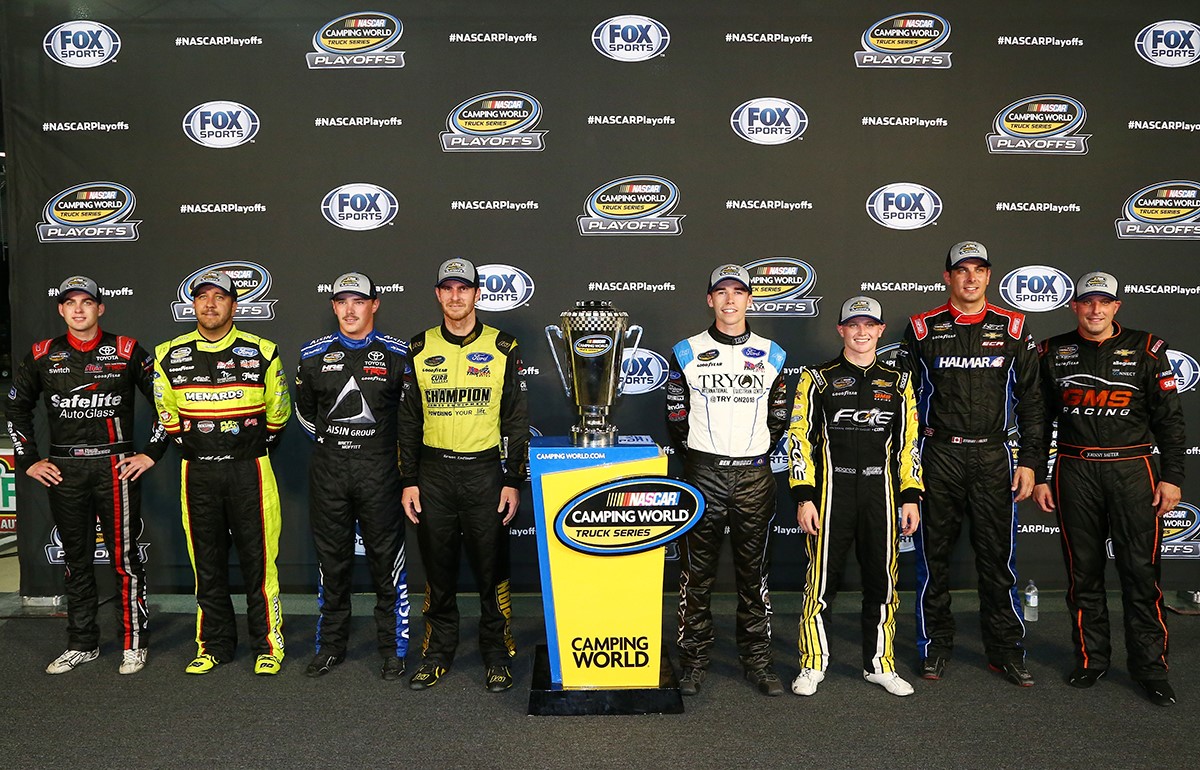 The eight-driver field is set for the NASCAR Camping World Truck Series (NCWTS) Playoffs, and it features a mix of veterans and young guns, all looking forward to the Talladega 250 on Saturday, Oct. 13, the cutoff race in the Round of 8.

At the conclusion of the Talladega 250 the field of eligible title contenders will be reduced from eight to six. By virtue of his five wins, Johnny Sauter is the top seed leading into the seven-race playoff, which gets underway at Canadian Tire Motorsport Park, Aug. 26. The Talladega 250, set to begin at noon CDT, will be the third event in the playoffs. Parker Kligerman is the defending champion.

The playoff field will consist of three drivers who have gone to Gatorade Victory Lane at Talladega in various series, two former NCWTS champions and one who has never competed at the 2.66-mile venue. The trucks have contended at Talladega since 2006.

Below are the eight drivers in the season-ending playoffs and their performances at Talladega Superspeedway:

In addition to the Talladega 250, the 1000Bulbs.com 500 Monster Energy NASCAR Cup Series (MENCS) event on Sunday, Oct. 14, will also have playoff implications. It is the second race (of three) in the Round of 12 in the MENCS Playoffs. Brad Keselowski is the defending 1000Bulbs.com 500 victor.

The doubleheader NASCAR Playoff weekend kicks off with FREE Friday (Oct. 12) and will allow fans to witness qualifying – that will determine the starting lineup for Saturday’s Talladega 250 – from the grandstand for FREE (entry begins at 4 p.m. CDT). Saturday’s slate also includes practice and Foodland/Food Giant Qualifying for the 1000Bulbs.com 500. Sunday’s (Oct. 14) 1000Bulbs.com 500 gets the green flag at 1 p.m. CDT. Anyone holding a Sunday ticket will also have access to the traditional Saturday Night Infield Concert, located in the infamous infield at the track.