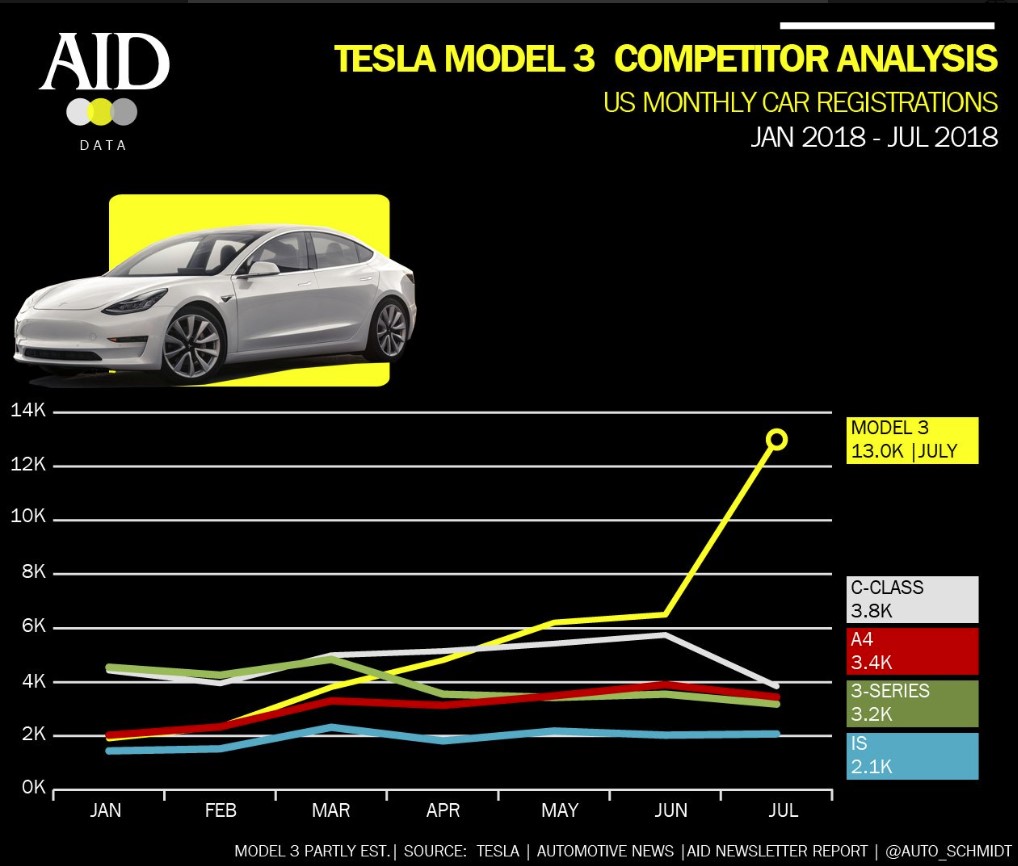 Tesla already stated that the Model 3 outsold in July all other models from the mid-sized sedan segment in the U.S. But this new graph shows us how big the difference really is compared to a few particular models.

According to AID, around 13,000 Model 3 (numbers vary depending on estimations) were sold last month compared to just:

Interestingly, Ford and Chevrolet don’t have a single passenger model that can beat the Model 3 in volume. That’s rather surprising to us, but what’s really intriguing is the outlook for the Model 3 in the coming months when production increase even more.