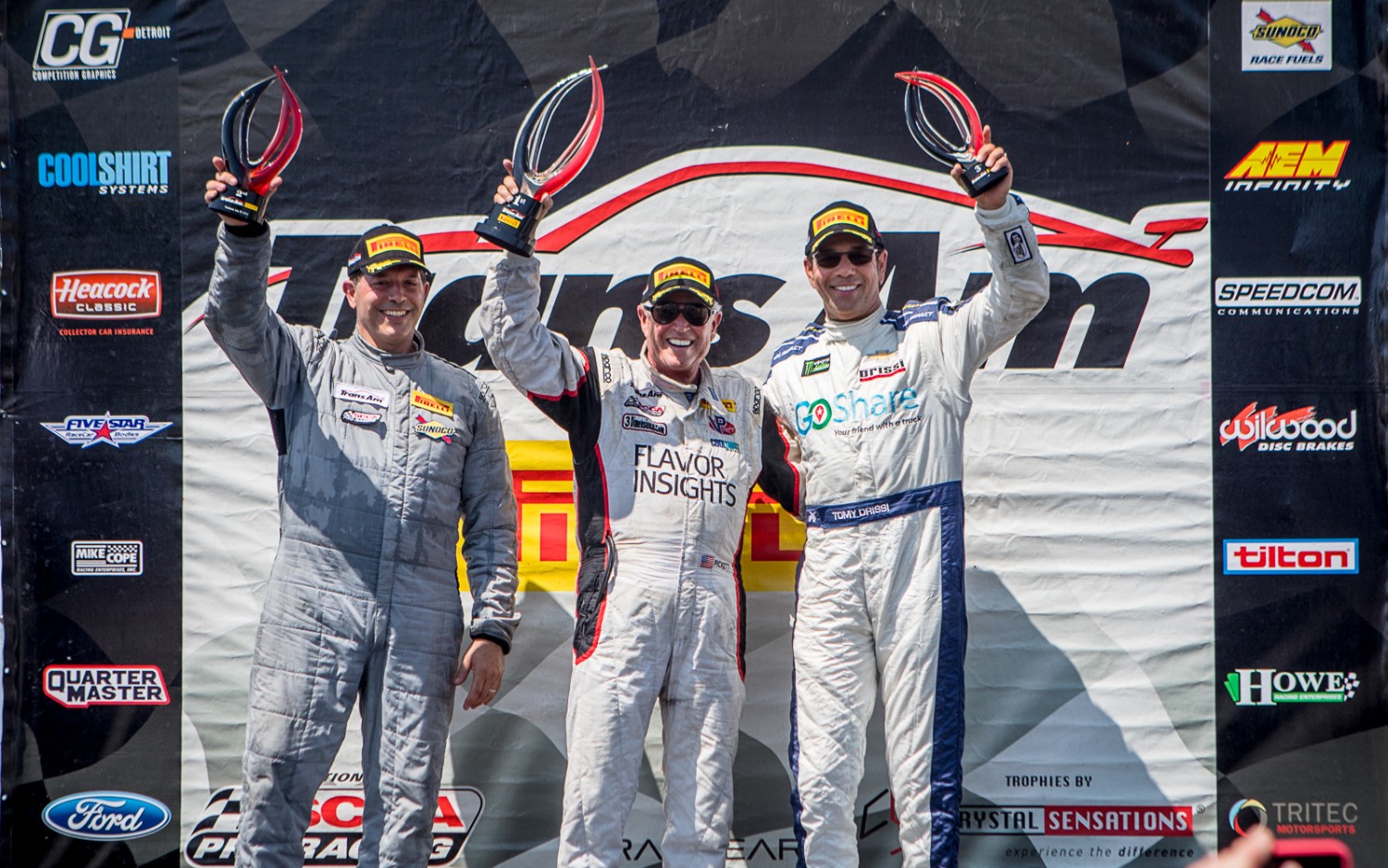 For Pickett, the TA class win behind the wheel of the No. 6 Flavor Insights Ford Mustang marked the 20th of his Trans Am career and third at Portland International Raceway (PIR), the first of which came in 1984. Pickett would start the race in second position in pursuit of pole sitter Tomy Drissi, in the No. 8 GoShare Chevrolet Camaro.

Through the early stages of the race Pickett and Drissi would swap the lead ten times before the No. 8 would suffer from suspension issues, forcing a pit stop on the 18th lap of the 51-lap, 100.47 mile race. Pickett would hold the lead, unchallenged, for the remainder of the competition, giving the 1978 Cat. 2 and 2017 West Coast champion his second consecutive win of the 2018 West Coast season. The victory marked the continuation of a Trans Am career that has already spanned wins in five separate decades.

“I’ve always promised myself that if I slow down a bit, I don’t need to keep doing this," said Pickett. “I’ve had a wonderful career in motorsport that has given much more back to me than I’ve ever put in it. Trans Am is legendary in my mind, I think back on my great friends and great champions and to be accounted and respected for my longevity, having raced with all those guys, is truly a God-given honor and gift. My dear wife Penny has always been with me and the support of my son, my daughters; they don’t just allow me to do this, but they encourage me to do this and that’s a huge difference. It’s simply amazing."

Finishing second in the TA class was Trans Am debutant Steve Goldman, in the No. 13 Chevrolet Corvette, while Drissi finished third, completing the requisite laps to secure the TA class West Coast championship despite body rub on the No. 8 Burtin Racing machine.

“I’m proud of what we and Burtin Racing have done to bring exposure to the West Coast," said Drissi. “I’m looking forward to racing Trans Am more, one way or another, on the West Coast and running for a national championship in years to come. I love racing with Greg [Pickett]; I’ve had so many great drivers like him help me over my career. and he’s one of them. A thank you to Claudio Burtin and his team who made this all possible this year."

In TA2, Merrill and the No. 81 Big Diehl Racing Ford Mustang, began the race on pole and led the entirety of the race continuing a streak that has seen him lead every session of the entirety of 2018 TA2 West competition. The No. 81 would also set a new TA2 track record 1:16.343 lap. Merrill’s victory ensured the No. 81 and Big Diehl Racing clinched the TA2 West Coast Championship in, this, their rookie season.

“The key [to the championship] is support," said Merrill. “Richard Diehl has been supporting us from day one with everything we need. And Tim Barber and Chris Drysdale at TFB Performance have put together the best car in the field, for sure; and they’ve put the responsibility in my hands to put it together on the race track. It’s a function of preparation and support, and we have the best support in the paddock."

Finishing second to Merrill on the podium was teammate and team owner Richard Diehl, in the No. 18 Big Diehl Racing Ford Mustang, tying his career best finish in TA2 competition, giving Big Diehl a one-two sweep of the podium in addition to the championship.

“I had no idea we were going to come this far so fast," said Diehl. “I mean, I knew Thomas’ talent, but the rest was going to be a lot of the work. In the beginning we had to shake down the cars and we had a lot of development work to do. Between Tim [Barber] and Thomas they made this all happen."

Oli Thordarson, in the No. 22 Alvaka Networks Chevrolet Corvette, was the sole entrant in the TA3 class and finished sixth overall.

The race, constituting Round 4 of the 2018 Trans Am Championship, underwent a single full-course caution and completed 51 laps around the 1.967-mile 12-turn sports car course at Portland International Raceway for a total of 100.47-miles.

The Trans Am West Coast Championship will return to action November 1-3 at Circuit of The Americas for its final round alongside the Trans Am Championship presented by Pirelli.

The Trans Am Series presented by Pirelli will resume its primary championship next weekend, August 3-5, at Pittsburgh International Race Complex as part of the inaugural Keystone Speedfest.