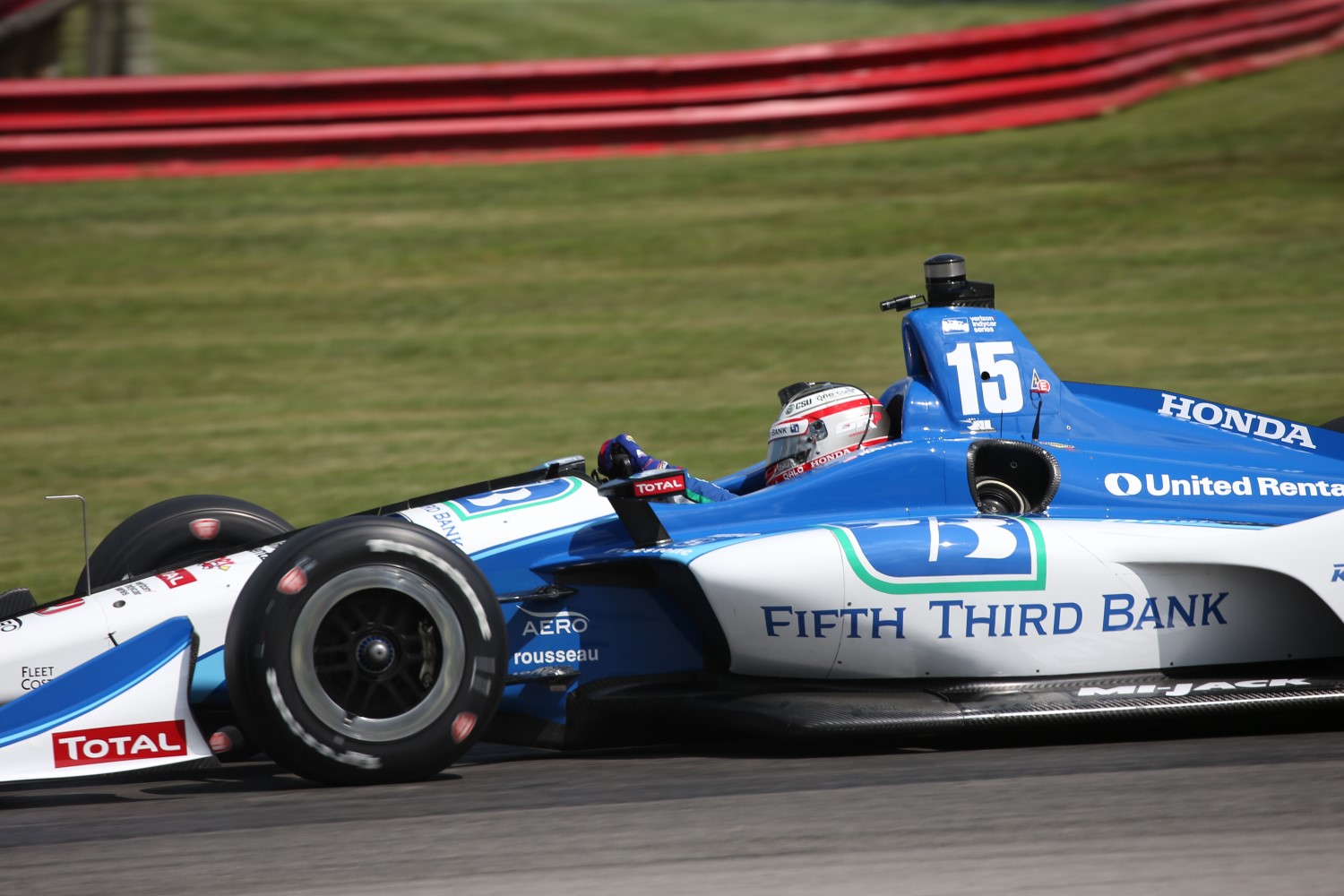 Graham Rahal edged out Josef Newgarden in morning practice at Mid Ohio. Will Power, Alexander Rossi and Scott Dixon rounded out the top 5. Robert Wickens continues to figure out the course, and ran a solid 8th place.

Practice was stopped a couple of times, with the most notable event to pull Simon Pagenaud out of the tires. Red flags have been a common theme this weekend as teams struggle with the new car's lack of downforce. Sebastien Bourdais — 7th in this morning's practice — commented that his setup was great until something changed, such as an increase of a couple of degrees in track temp.

After that, life wasn't fun. Up and down pit road teams commented that it was difficult to find a setup whose sweet spot wasn't extremely narrow, and would allow their driver to race competitively as conditions changed.

Adding to the challenges is that Mid Ohio's pavement has to survive northern Ohio's winters, meaning that it now has bumps and patches. Not that a track should be pool table smooth, but bumps always present challenges. As Colin Chapman once commented, "Any suspension will work if you don't let it."

IndyCar specified 2 sets of tires this weekend that should be called, "Soft and softer". We had a chance to fondle a set of black tires this morning, and one can rub the rubber off of the things simply by rubbing your finger on the thing.