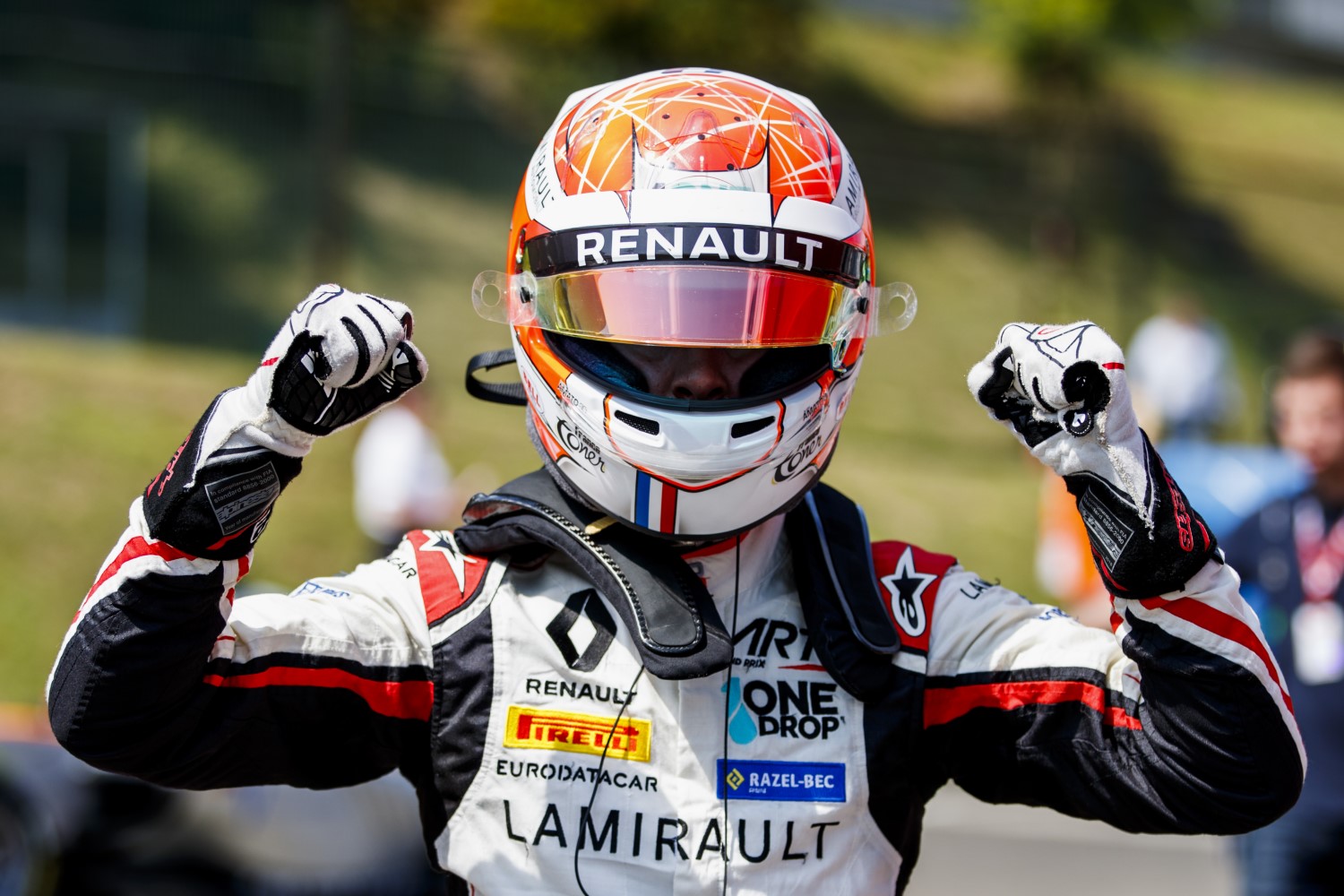 Anthoine Hubert clinched his second consecutive GP3 Series pole position in Qualifying at Budapest, Hungary, clocking in a 1:31.409 on his second set of tires to beat ART Grand Prix teammate Nikita Mazepin. The Russian driver recovered from an earlier collision to collect second place, as Leonardo Pulcini ended the session with the third best time.

ART won the battle out of the pitlane, as Jake Hughes made his way to the circuit first ahead of MP Motorsport’s Dorian Boccolacci, while the French driver’s teammate Niko Kari was first to dip below the 1m40s bracket during the initial series of runs. Kari then brought out a red flag just five minutes into the session while on his first push lap – going wide at Turn 4 and colliding with Mazepin on his return to the circuit, the Finnish driver was left stranded in the run-off with broken suspension, his session over.

On the restart, Pedro Piquet led the field out back onto the circuit, but Callum Ilott was the first to bring the pace into the 1m32s before watching teammate Hubert take half a second out of his time. Mazepin then threatened, before Hughes fired his way to the top of the timing boards, accosted by Jenzer Motorsport’s Juan Manuel Correa.

Despite sustaining some damage, Mazepin managed to shake off his earlier incident by surging to the top – pipping Hughes by 0.04s – to go into the mid-session tire change phase in first. With less than ten minutes remaining, Ilott stopped the hiatus in running with a new set of tires, and immediately began to lap quickly in his attempts to wrest control of the session.

Finding the first time of the session in the 1m31s, Ilott’s benchmark was quickly thrown into the shade by Hubert, with Pulcini splitting the ART pair as he fought to be a factor in the battle for pole. Hubert, meanwhile, went even quicker in the first sector, and looked to be on for an even greater advantage at the top of the timing boards before a slow final sector proved to be the lap’s undoing. It was ultimately inconsequential, as Hubert’s time was good enough to withstand a late assault from Mazepin, who clinched second on his final run.

Pulcini was also unable to improve on his last lap, but split the ART quartet with third place as Hughes and Ilott completed the top five. Ryan Tveter was the fastest of the Trident drivers, going sixth fastest to beat new teammate David Beckmann, while Boccolacci took eighth. Joey Mawson and Juan Manuel Correa ended the session in the top ten.

*Devlin DeFrancesco (MP Motorsport) will take no further part in the Budapest weekend due to illness.