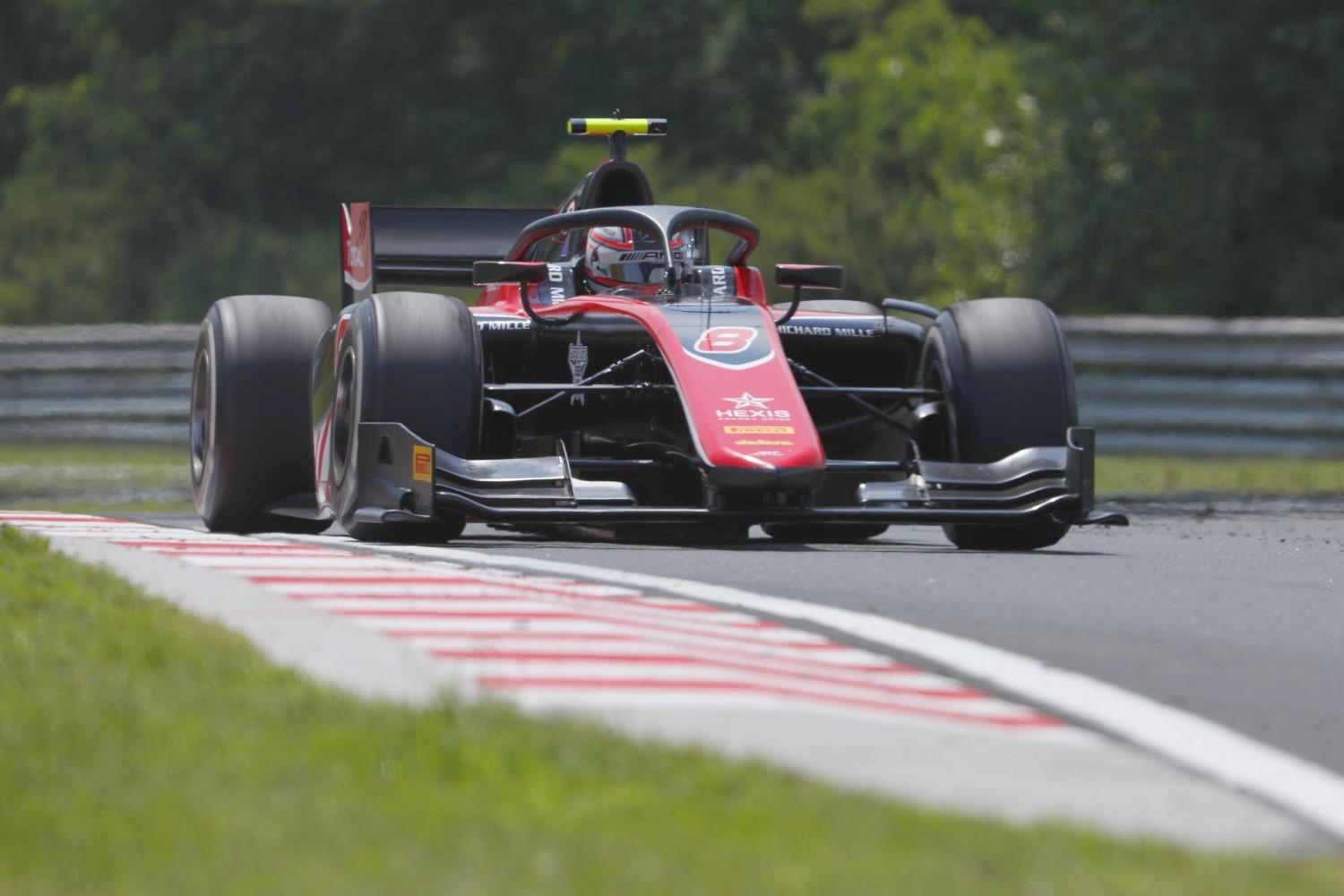 In the hot afternoon sun, the session got underway with BWT Arden’s Maximilian Gunther first to leave the pits, ahead of Arjun Maini, Lando Norris (Carlin) and Jack Aitken (ART). Trident’s Maini clocked in the opening laptime, but Charouz Racing System’s Louis Deletraz immediately undercut the Indian driver to take early control of the session.

Taking half a second out of the Swiss driver’s benchmark, de Vries jumped to the top of the timesheets, and Deletraz’s attempts to return to the top left him just one-thousandth of a second behind. Any further attempts to overhaul de Vries’ time were nixed by a red flag period, brought out for Tadasuke Makino; the Japanese driver locked up at turn 3 and was spat out into the tire barrier, from which he made a hasty escape as his stricken car was pulled out of the wall.

With 25 minutes remaining on the clock, Maini and teammate Alessio Lorandi quickly returned to the circuit, with Nirei Fukuzumi in hot pursuit – the BWT Arden driver took to the grass to clear Lorandi, going on to set the first time in the 1m29s. This prompted a quick flurry of fast laps, and Russell followed Fukuzumi across the line to leap to the top of the timing boards, before Alexander Albon (DAMS) found two tenths of a second over the British driver’s time.

De Vries then returned to the top, charging ahead of Albon with a rapid pair of opening sectors, before Russell bustled across the line with just over 15 minutes remaining with a 1:28.886. Albon’s attempt to overturn the ART driver’s advantage was left wanting, thanks to a wide moment on the exit of turn 11 before encountering traffic, while de Vries was also unable to convert a fastest first sector into a headline lap.

Ahead of the final ten minutes, the field all retreated to the pits ahead of their race simulation plans, leaving Russell’s best lap untouched. With the session drawing to a close, a planned virtual safety car period was called, cementing Russell’s place at the top of the timesheets ahead of de Vries. Sette Camara surged up the field to claim the third best time.

Luca Ghiotto (Campos Vexatec Racing) was the fourth-quickest driver in the session, separated from Albon by just fourth-hundredths of a second, while Ralph Boschung of MP Motorsport was sixth. Fukuzumi beat Norris to seventh, while Renault junior duo Aitken and Artem Markelov (RUSSIAN TIME) completed the top ten.