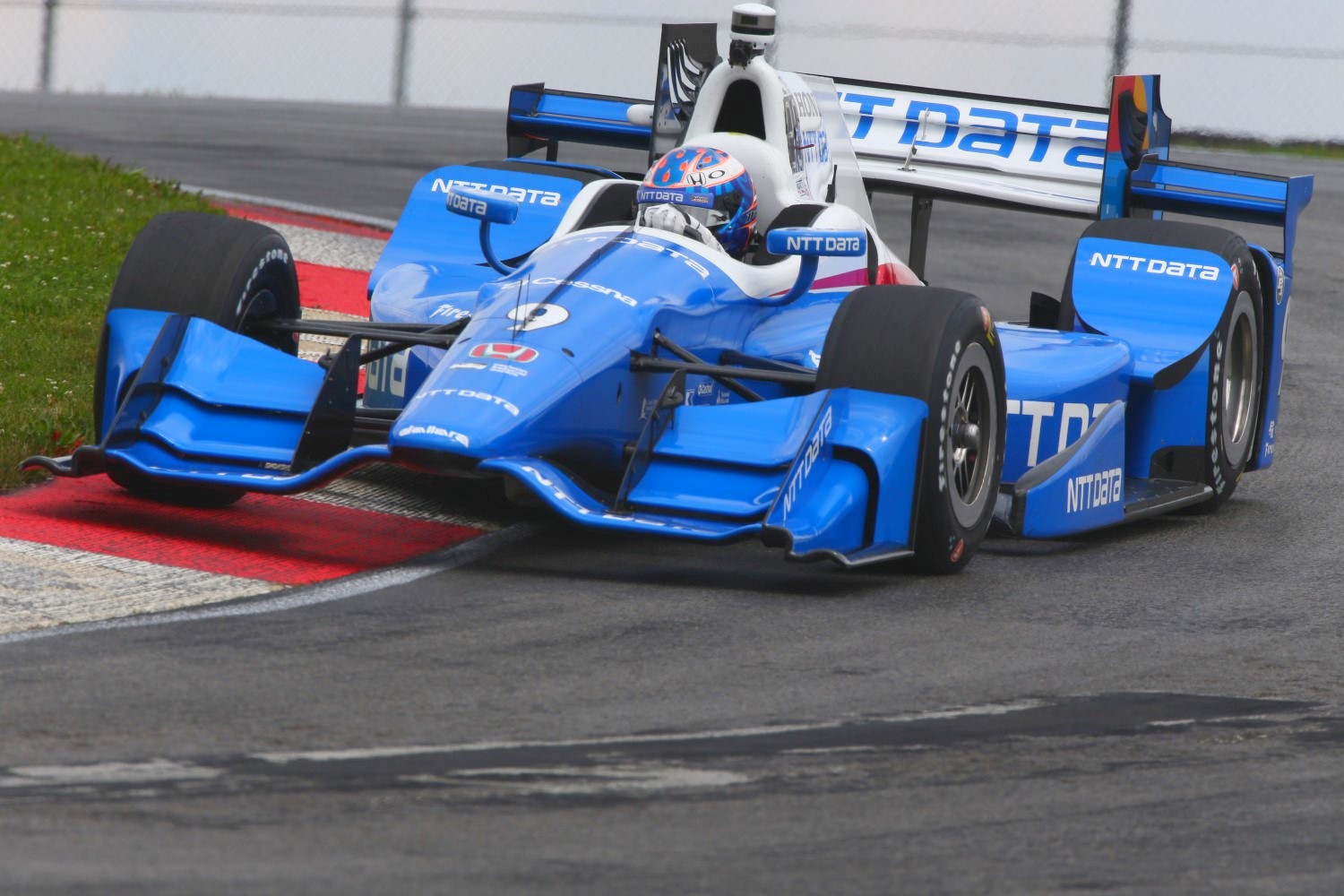 It is a pleasant morning here at the Mid-Ohio Sports Car Course. Temperatures are 60 degrees with plenty of sunshine. The weather should be perfect this whole weekend with no rain in the forecast and temperatures in the low 80s.

Some changes have been made since IndyCar was here last year. Victory Circle has been relocated behind the pits and a paved entrance has been added to get a car into Victory Lane. Before Victory Lane could hardly hold the winning team let alone the winning car.

A new scoring pylon has been added to the infield. From the media center, the display does not look large enough to see from too far away. But it is a help to fans in pit lane and on some viewing hills to see car positions one through fourteen.

The infield is pretty bare this year. What used to be a happening place with all sorts of vendor tents selling t-shirts and model race cars, is now just a couple of food vendors.

This weekend is crucial to the Verizon IndyCar Series Championship. Scott Dixon, driver of the No. 9 PNC Bank Honda, is leading Josef Newgarden by 60 points. Dixon is the winningest driver at Mid-Ohio with five victories, making him a real threat to win this weekend. His most recent win was in 2014, when he stretched his fuel mileage beyond what anyone would have guessed to win the race.

This weekend Dixon will be making his 300th Indy car race. He will be only the ninth driver to ever accomplish this feat.

First practice for the Verizon IndyCar Series begins at 11 am this morning.

AR1 will keep you posted on developments during the weekend.