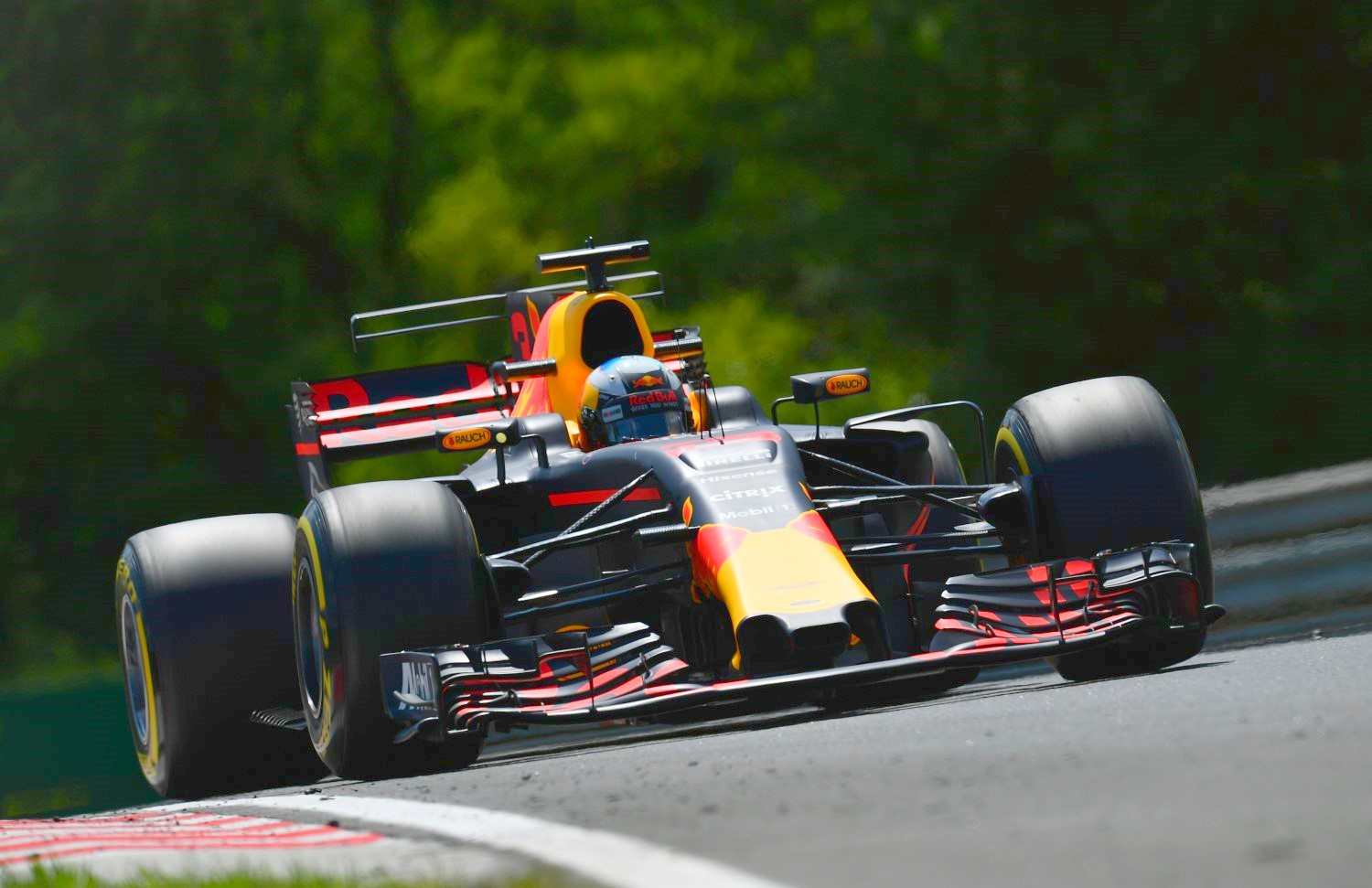 Daniel Ricciardo has let Ferrari and Mercedes know they are in the hunt this weekend for the Hungarian GP. Using the harder soft tires, Ricciardo turned the fastest lap of 1m17.613s in opening practice to nip the Ferrari of Sebastian Vettel and the Red Bull of Max Verstappen by 0.079s and 0.088s respectively.

The Ferrari of Kimi Raikkonen was 4th and the Mercedes of Lewis Hamilton rounded out the top-5 on a perfectly sunny day outside of Budapest.

Renault were best of the rest again, 1.3s off the pace, with Nico Hulkenberg edging team mate Carlos Sainz to seventh. But the session ended on a sour note for Hulkenberg, when the German's R.S.18 ground to a halt after suffering a suspected power unit failure, and his team will certainly be busy to get his car ready for the day's second session.

Haas, as has been the case in recent races, will surely be the French team’s nearest rivals this weekend, and that proved so in FP1 with Romain Grosjean coming home in ninth ahead of team mate Kevin Magnussen, who made up the top ten.

Sauber, along with Haas, will run fresh, latest-spec Ferrari power units in Hungary, but the Swiss team endured an underwhelming start to their Grand Prix weekend after both drivers had off moments in the opening segment of practice.

First tester Antonio Giovinazzi, given an outing in place of Charles Leclerc, pushed his tires a bit too much, leading to a lock-up, before a similarly-keen Marcus Ericsson spun off track. Ericsson later repeated that spin at Turn 4, and he ultimately finished bottom of the timesheet, two places behind Giovinazzi.