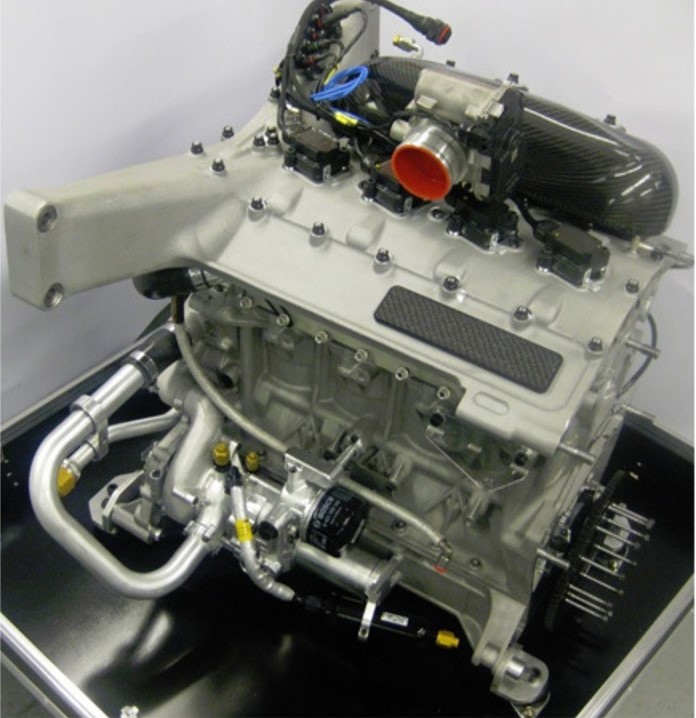 On the face of it, being the engine supplier for a spec racing series ought to be a simple proposition: Build the requisite number of engines, ship them to the series organizer, supply at-track support and freshen up the engines at the specified mileage. It’s far different and more complicated of course in the real world of racing. Developing and manufacturing the engine is just the start.

AER is in the fourth season of supplying its Mazda MZR-R turbocharged 2-liter four-cylinder for the Dallara IL-15 chassis used in the Indy Lights Presented by Cooper Tires series, the top rung of the Mazda Road to Indy ladder. The series has seen its past five champions graduate to the Verizon IndyCar Series, with 25 of the 33 starters in the 2018 Indy 500 being Indy Lights graduates.

And in the three and a half seasons that AER has been involved, the engine program continues to strengthen, as evidenced so far in the 2018 season with 21,000 miles of usage and zero loss of track time to any engine-related technical matters. In addition no team has filed a “down-on-power" report.

“The key to AER’s long-term success is our working relationship with the series and the teams," said Mike White, the company’s North American Programs Manager. “Over the past four years those relationships have grown stronger and that is reflected in the engine and the quality of trackside service we are able to provide. But we couldn’t have done that on our own. (Series owner and promoter) Dan Andersen and his team have been terrific partners for us to work with and we see how sensitive they are to the needs of the teams and drivers."

White noted that during the 2015 season AER’s trackside engineers were based in the Andersen Promotions transporter. Today there are five engineers working out of a fully-equipped technical support trailer. “We take a systems engineering approach," White said. “We don’t just look after the engines in isolation, but provide broader support."

“AER has really stepped up their customer service and support for our team throughout the past two seasons," said Ricardo Juncos, whose Juncos Racing team is the defending Indy Lights champions. “Each year we have noticed the quality of service getting better and the communication is more efficient."

White cited as an example the integration of IndyCar’s timing service with a more helpful formatting that AER makes available to the teams. “Recently one of the teams had the instrument panel on its car go blank on the false grid. Our engineer was able to get the panel up and running in time for the session. Yeah, the instrument panel isn’t our responsibility, but we’re there to help wherever we can."

You Get to Choose Two of the Three. Or Maybe You Get All Three

Cost sensitivity isn’t just a feature of spec-racing, it’s a central factor. Never has that been more a fact of life than it is today. Drivers in ladder series like Indy Lights want to showcase their talent and that requires cars with the same performance potential.

“With sufficient budget producing a pool of engines that all perform identically over the full length of rebuild interval is relatively straightforward," noted AER’s Indy Lights Program Manager, Will Pedley. “It’s an axiom in the world of racing engines that of the primary factors – consistent performance, reliability and low cost – you can have two of the three. Our task over the past few years has been to work toward providing all three. And based on the current feedback from our teams, I think we’re pretty much there now."

As specific examples Pedley cited four components that have been upgraded. “From the engine spec when this project started we’ve upgraded the turbos (which are now watercooled), wastegate, boost box and alternator. These upgrades were necessary to ensure that every engine would not only provide equal performance to all the other engines, but equal performance though the entire 5,000-mile rebuild interval. The upgraded components are all more expensive than the ones they replaced, but we’ve tried to absorb as much of the incremental cost as possible."

Pedley noted that when engines return to the factory in Basildon for rebuild, they are typically run on the dyno before being disassembled. “In every case the engine has produced the same power as when we crated it up to send to America."