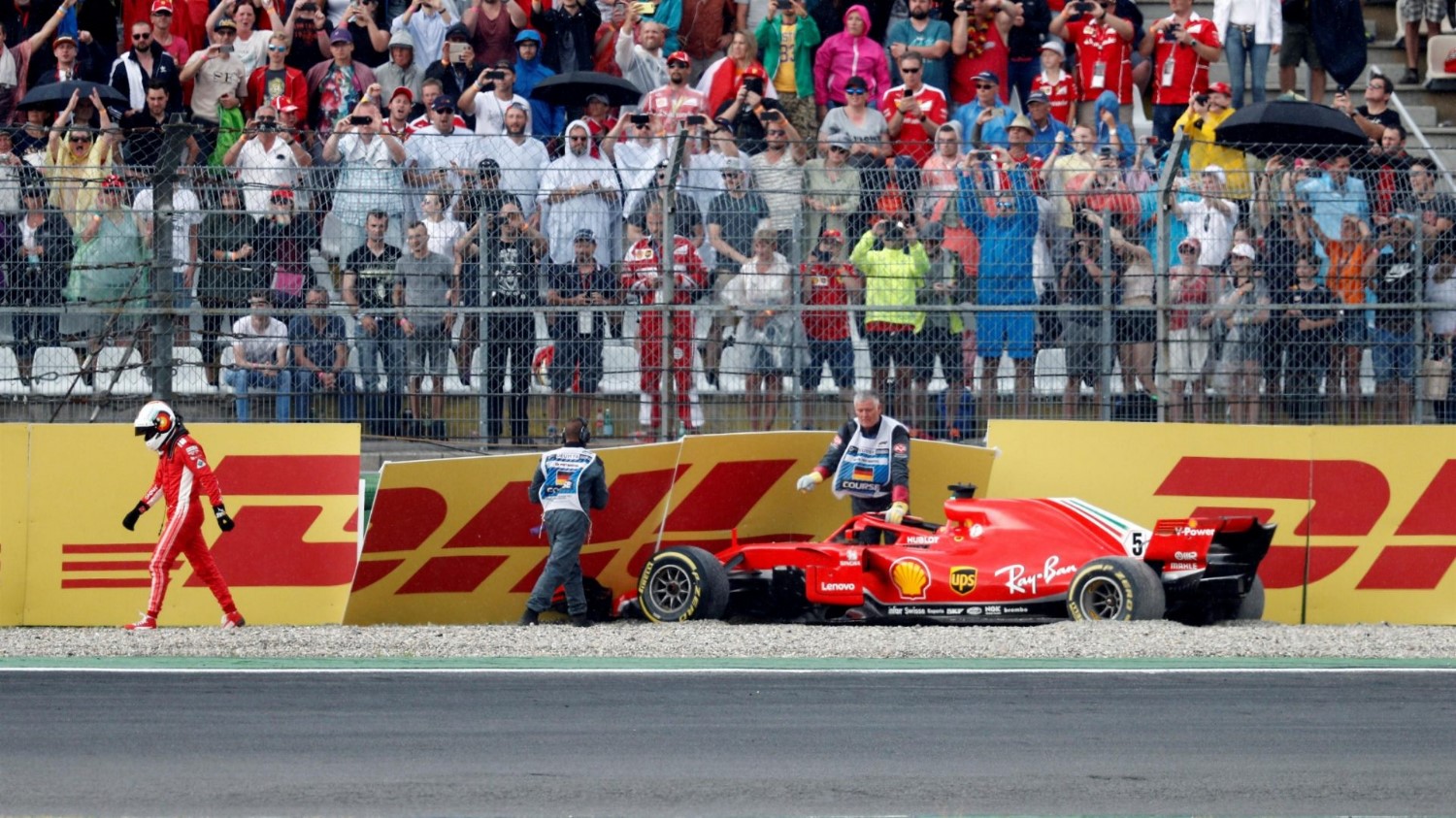 Max Verstappen has defended Sebastian Vettel over his 'choke' crash while leading the German Grand Prix.

Vettel was nine seconds clear at Hockenheim with 15 laps to go when he was caught out by the late-race rain and went off at the Sachskurve in the stadium section.

Verstappen said it could have happened to anyone.

"It was super tricky out there. Especially in that corner," said Verstappen.

"Even if you experience the slightest lock up there, you immediately go off. These were very difficult circumstances. So things like this can happen."

"It could have happened to someone else just as easily."

"You just try to find good grip everywhere, but you don't want to take too many risks because you already have some good points in the bag," said Verstappen.

"You don't want to risk losing those by going off.

"Dealing with that risk is very difficult. If you lock up for just a moment, you fly off the track."