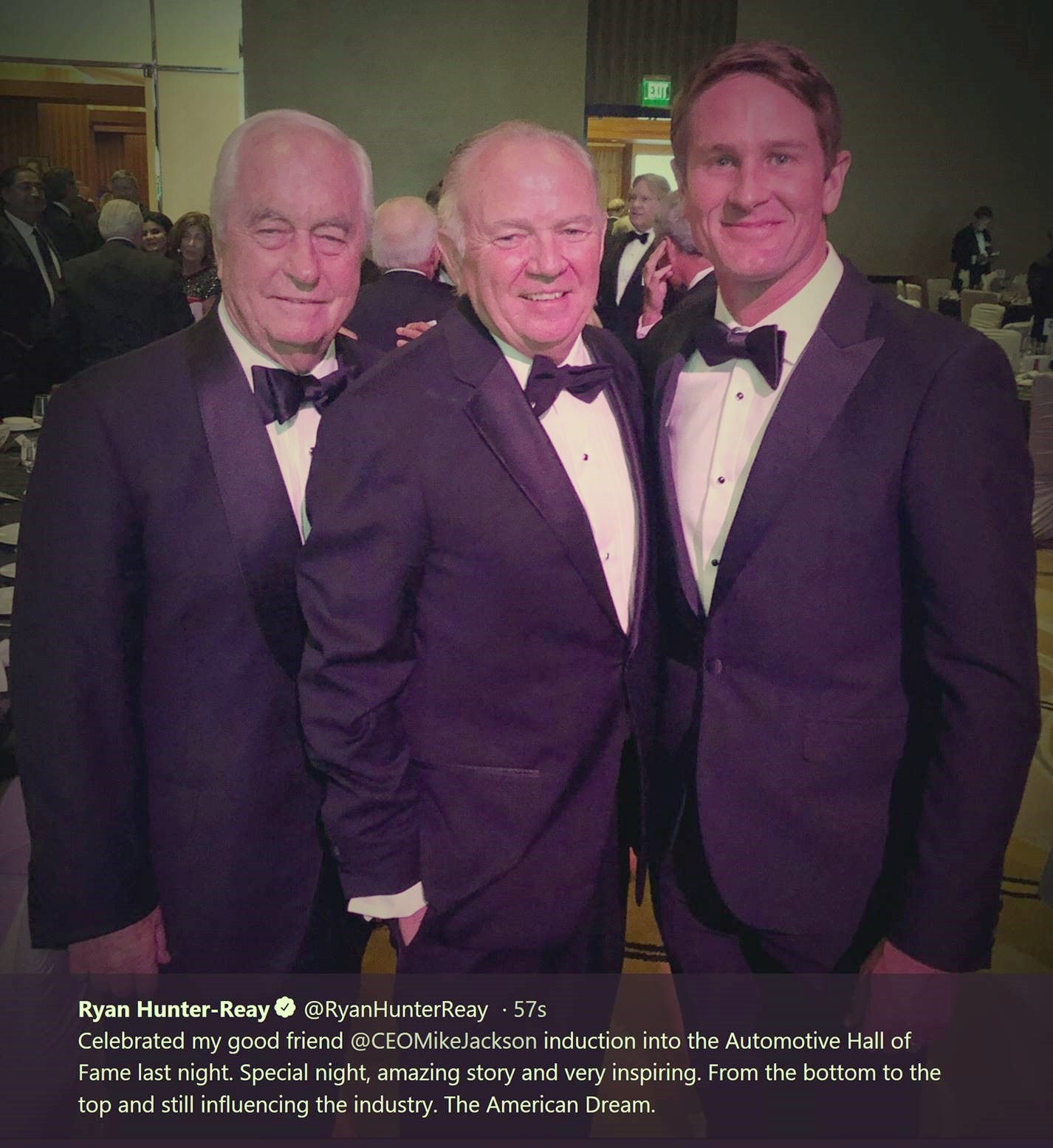 Mike Jackson, CEO of AutoNation, and good friends with Ryan Hunter-Reay was inducted into the Automotive Hall of Fame this week.

Ryan, and his wife Beccy were honored to be invited to sit at Mr. Jackson’s table, with his wife Alice, and Mr. and Mrs. Penske for Mr. Jackson’s induction.

AutoNation is an Associate Sponsor of Andretti Autosport #28 IndyCar and a personal sponsor of RHR.

Considered the single greatest honor in the automotive industry, induction into the Automotive Hall of Fame is reserved for noteworthy individuals who have made significant contributions to the industry.

Some of the other inductees Mr. Jackson Joins: