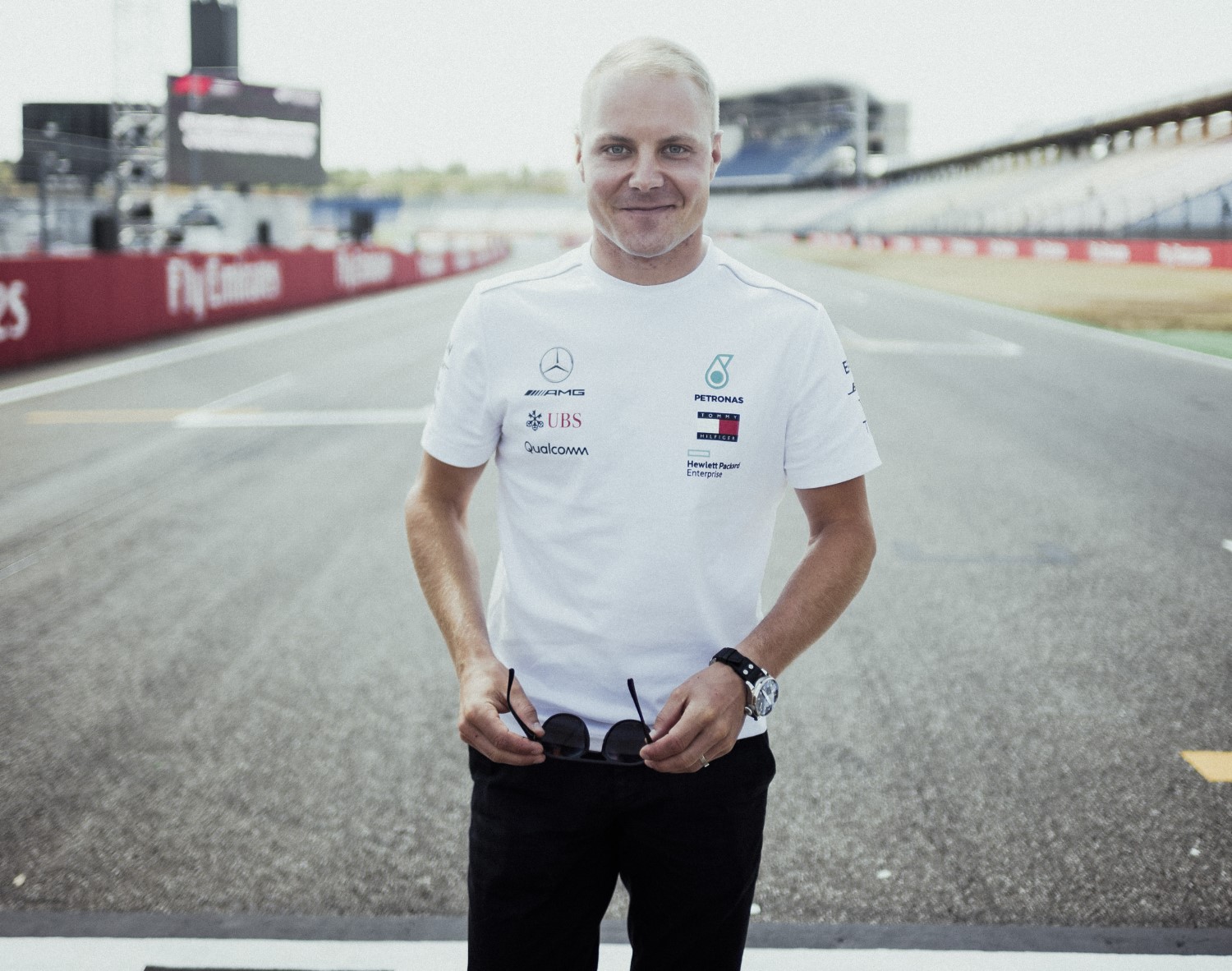 Mercedes-AMG Petronas Motorsport today completed its driver line-up for the 2019 season, and potentially beyond, with confirmation that Valtteri Bottas will stay with the team next season.

The 28-year-old Finn has signed a one-year contract extension with the team, with an option for a further year in 2020.

Since joining Mercedes at the beginning of 2017, Valtteri has scored three Grand Prix victories and five pole positions.

Last season, his first with the team, he played a key role in winning Mercedes' fourth consecutive constructors' championship.

For 2018 he has made a significant step forward in performance and complements Lewis Hamilton as part of the strongest driver pairing in the sport today.

Valtteri Bottas commented:
"It is great news that I will be racing for Mercedes in 2019 and it is nice to announce it here in Hockenheim – not just the home race for Mercedes but also the circuit where I took my first ever single-seater wins back in 2007. This year, with a full winter of preparation, I have been able to make a good step forward – and I believe that there is still more to come. We have not been so lucky in the races this year but the team knows how I am performing, and this is a great sign of confidence in me and my driving. I enjoy working with the team, and also being team-mates with Lewis – we have a good relationship, honest and straightforward, and always aiming to get the right results for Mercedes. We have a big battle on our hands right now, so it's good to have the future clear for everybody – it means we can have a full focus on the championship fight. Obviously, my goal is to keep performing at a high level – and to make it a no-brainer for the team when it comes to deciding their plans for 2020 as well."

Team Principal and CEO Toto Wolff concluded:
"We are very pleased to extend Valtteri's contract with Mercedes for another season at least – and to be able to confirm an unchanged driver line-up for 2019, ahead of our home race in Hockenheim. Valtteri's performances have been excellent this season and, if not for our mistakes and his misfortune, he could be leading the drivers' championship at the moment. When we took the decision in favor of Valtteri for 2019, it wasn't just about his undoubted speed and work ethic, but also a question of character. His relationship with the team, including Lewis, is open and trusting, without any politics at all. Those are the ingredients you need when you're fighting strong rivals in both championships and they mirror the values inside the team. I am very excited to keep Valtteri in the team and look forward to celebrating many more successes with him."