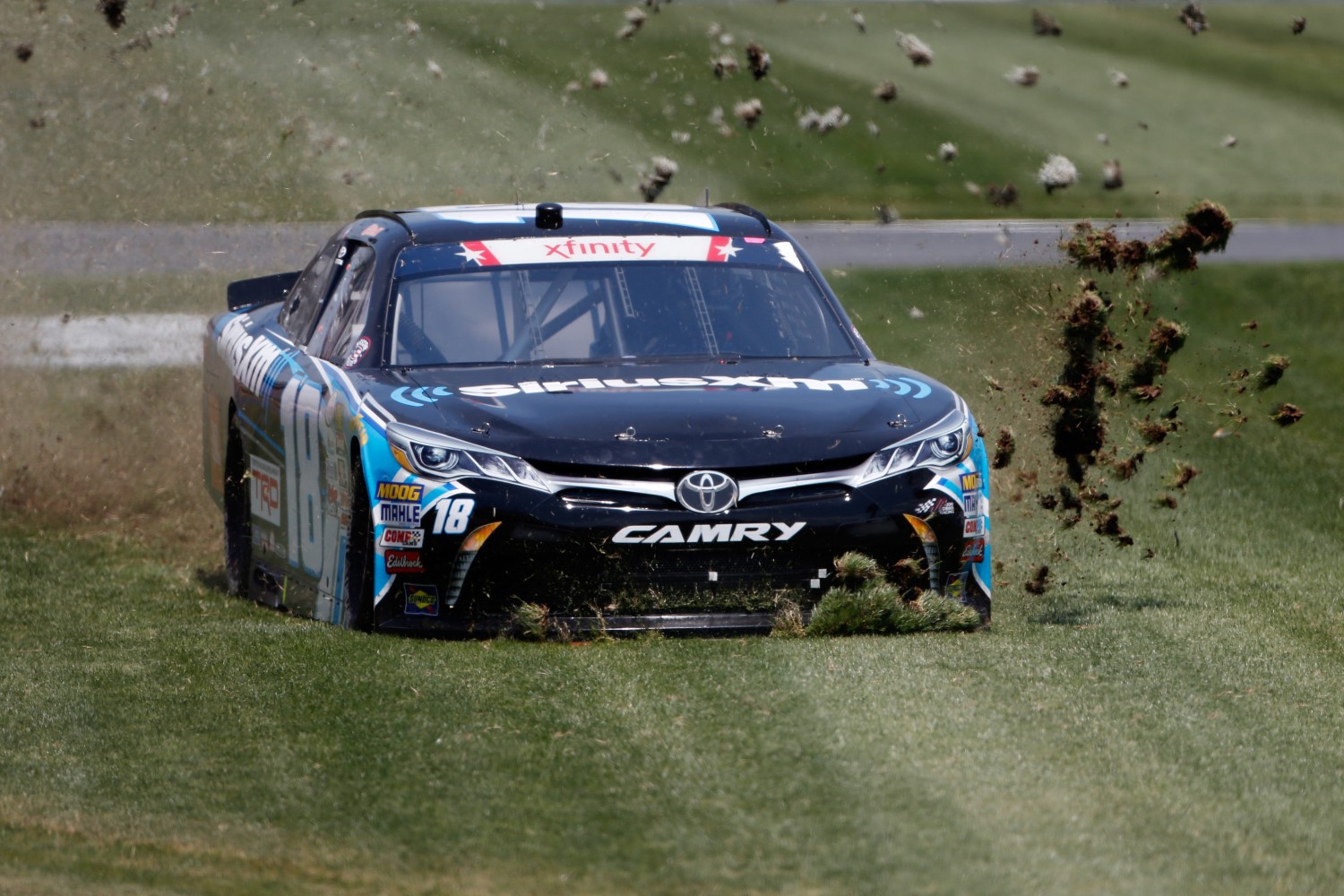 In preparation for a Fall Season of Speed like no other in its illustrious history, Charlotte Motor Speedway on Wednesday began installing more than 88,000 square feet of Sports Fields Inc. synthetic turf on the frontstretch of the speedway's infield.

The groundbreaking synthetic turf was first installed in October 2017 at the exit of Oval Turn 4 as a part of Charlotte Motor Speedway's innovative ROVAL course. The turf is designed to slow cars down in a quicker, more efficient manner than regular grass. The most recent addition of turf became a reality through the use of 88,000 square feet of synthetic turf, 616,000 pounds of sand and 5,400 hours of planning and installation.

In addition to improving safety for drivers who come in contact with the area, the turf is more environmentally friendly than natural grass. The limited amount of maintenance needed to maintain the turf will eliminate the use of water, chemicals or fertilizers.

"Adding synthetic turf to our frontstretch provides us with significant flexibility," said Greg Walter, the executive vice president for Charlotte Motor Speedway. "In addition to improving the competition aspect for our drivers and teams, synthetic turf enables us to include more classic, eye-catching cars on our frontstretch infield during car shows. The turf looks great and the upkeep is simple and convenient.'"