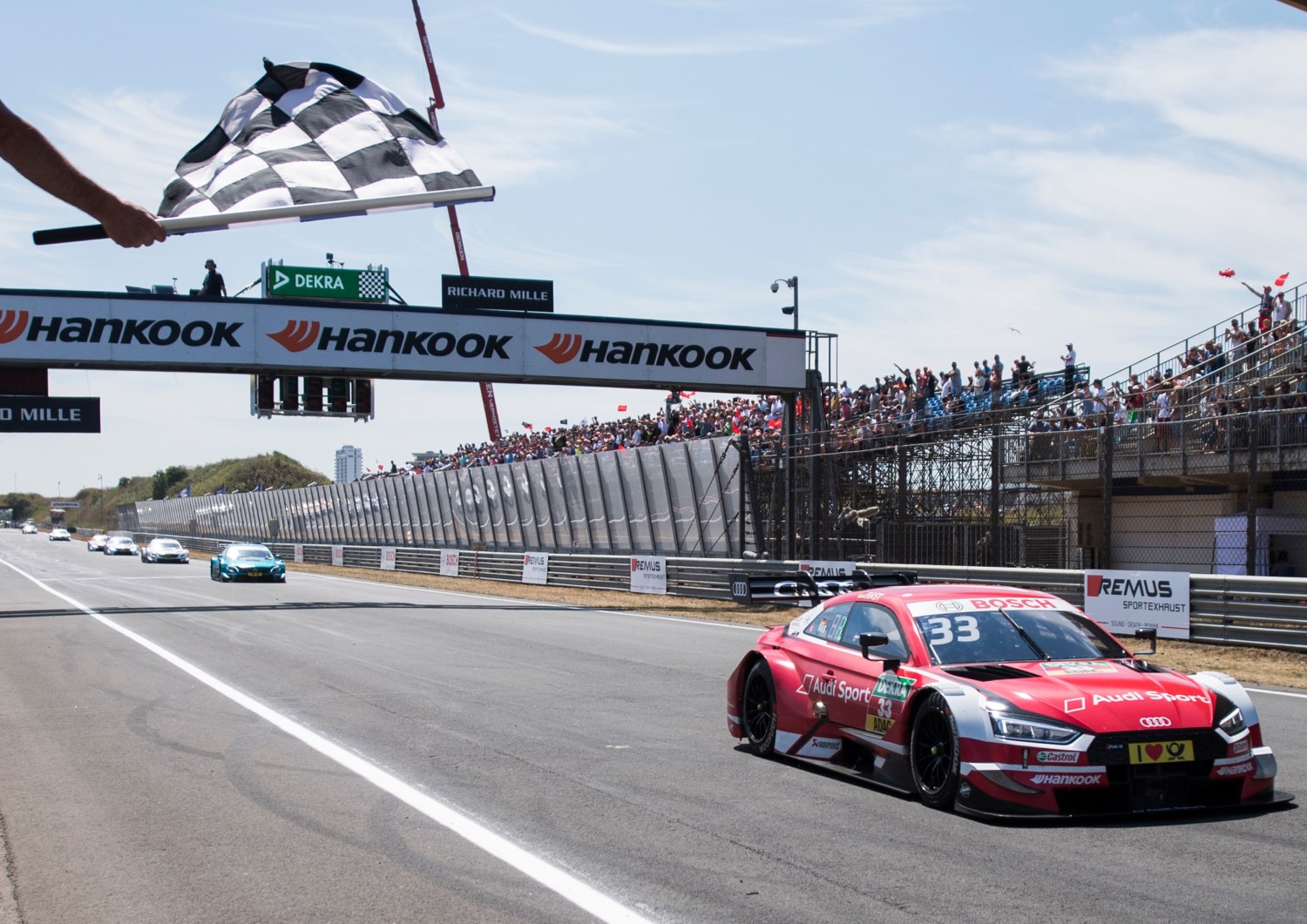 What a story! In 2016, Rene Rast made an unexpected debut quite literally overnight in the DTM at Zandvoort. At that time he replaced Adrien Tambay, who had been injured the day before, in Audi Sport Team Rosberg. In 2017, Rast won the title as rookie at the first attempt, but had a difficult weekend in Zandvoort. Two years after his debut he ended Audi’s lean spell in the current DTM season in the dunes on the North Sea.

The defending Champion took his fourth victory in the DTM using a risky strategy: starting the race from third on the grid, the German changed tires after only one lap and with this strategy moved ahead of Gary Paffett (Mercedes-Benz) and Philipp Eng (BMW). After Paffett had also completed his pit stop, Rast extended his lead to almost three seconds before the safety car was deployed and duly nullified his advantage. However, at the restart Rast held his lead and defended first place against the championship leader all the way to the finish.

“The last 15 minutes were the hardest that I have ever experienced in a race," said Rast, who completed 34 laps with one set of tires around the tire-killing track. “I didn’t expect this result before the race. However, we took an extremely risky strategy and I had a mega car that was consistently fast. So we could fight with Mercedes-Benz for victory. This win is incredibly refreshing after the long run of bad luck this year."

“What a race. Incredible!" said Rast’s team director Arno Zensen. “You can only congratulate Rene for this performance. When of all people (his teammate) Jamie (Green) caused the safety car phase I nearly died. But Rene brought the victory home. Of course we are over the moon to have finally won a race again. Thanks to Audi for the fantastic car and the clever strategy!"

With the same strategy as Rast, Nico Muller (Audi Sport Team Abt Sportsline) moved from 16th on the grid to seventh place and in doing so also scored points. Following his strong race on Saturday, teammate Robin Frijns in contrast retired early after only ten laps due to a defect in the electric system. Jamie Green finished the race in 14th place after receiving a drive-through penalty following a collision with Bruno Spengler (BMW). Loic Duval and Mike Rockenfeller (both Audi Sport Team Phoenix) finished 15th and 16th after punctures and additional pit stops.

After a short break the action continues on August 11–12 at Brands Hatch (Great Britain). The DTM competes for the first time on the longer circuit, which is regarded as equally challenging as the track in Zandvoort.