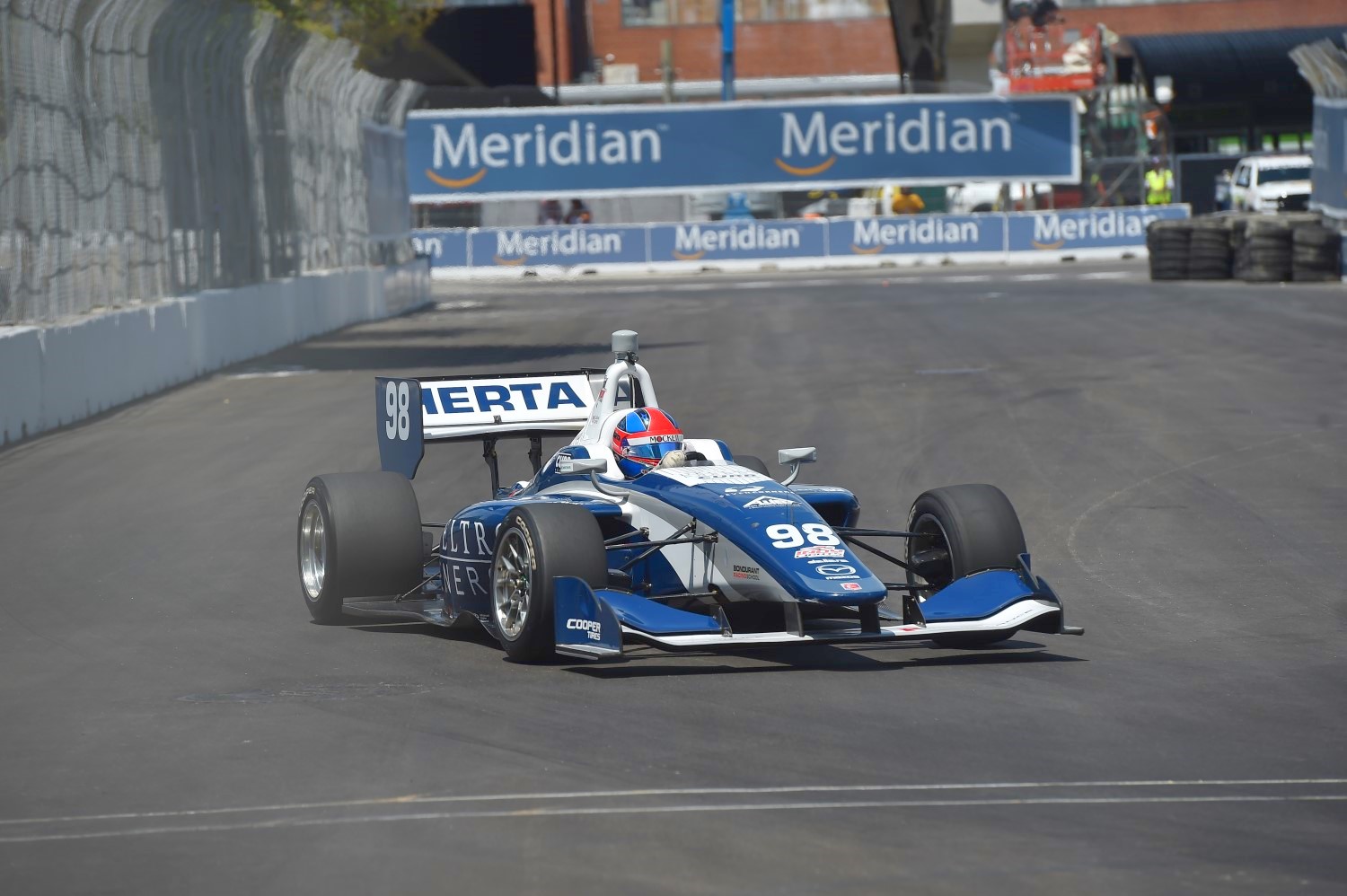 UPDATE Polesitter Herta sustained a fracture at the base of his thumb when he crashed at the end of qualifying, however, he is cleared to drive.

07/14/18 Colton Herta, son of IndyCar team owner and former driver Bryan Herta, has won the pole position for the first Indy Lights race on the streets of Toronto Saturday morning.

Last week's Indy Lights winner Patricio O'Ward from Mexico was 2nd quick 0.22sec behind the American and had an almost identical lap time to Santi Urrutia.