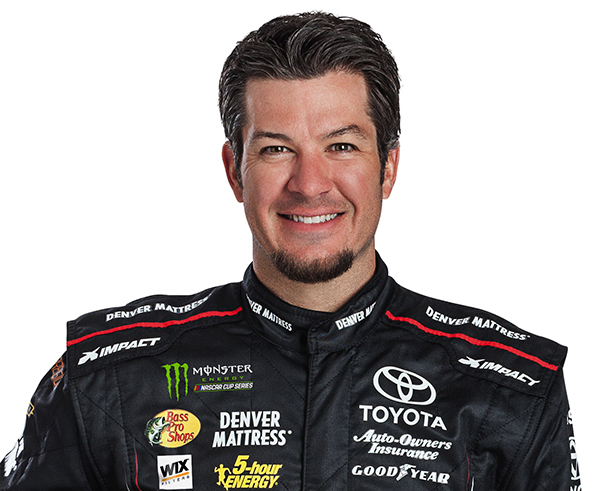 On May 21st when Truex Jr., his longtime girlfriend Sherry Pollex and the No. 78 race team were hosted by President Trump at the White House.

That visit to the White House, Truex Jr. said, turned out much differently than he expected.

“You know, you’d think they would just have a ceremony," Truex Jr. said. “You’d come in, shake hands, chat a minute, do your ceremony and everybody would go their separate ways.

“But we spent a lot of time inside the White House, getting a tour and lunch. The president was very gracious in the Oval Office, taking pictures with some of the team members, just talking to us about general things."

Eventually, Trump — who received an endorsement from NASCAR CEO Brian France during the 2016 Republican presidential primary season — invited Truex Jr. and Pollex to walk with him to the ceremony.

After Trump’s formal remarks, “we thought it was over," Truex Jr. said, “and then he grabbed a couple of us and took us back inside and took us upstairs and showed us around. He just treated us really well, was really personable and made us all feel like it was a really special day."