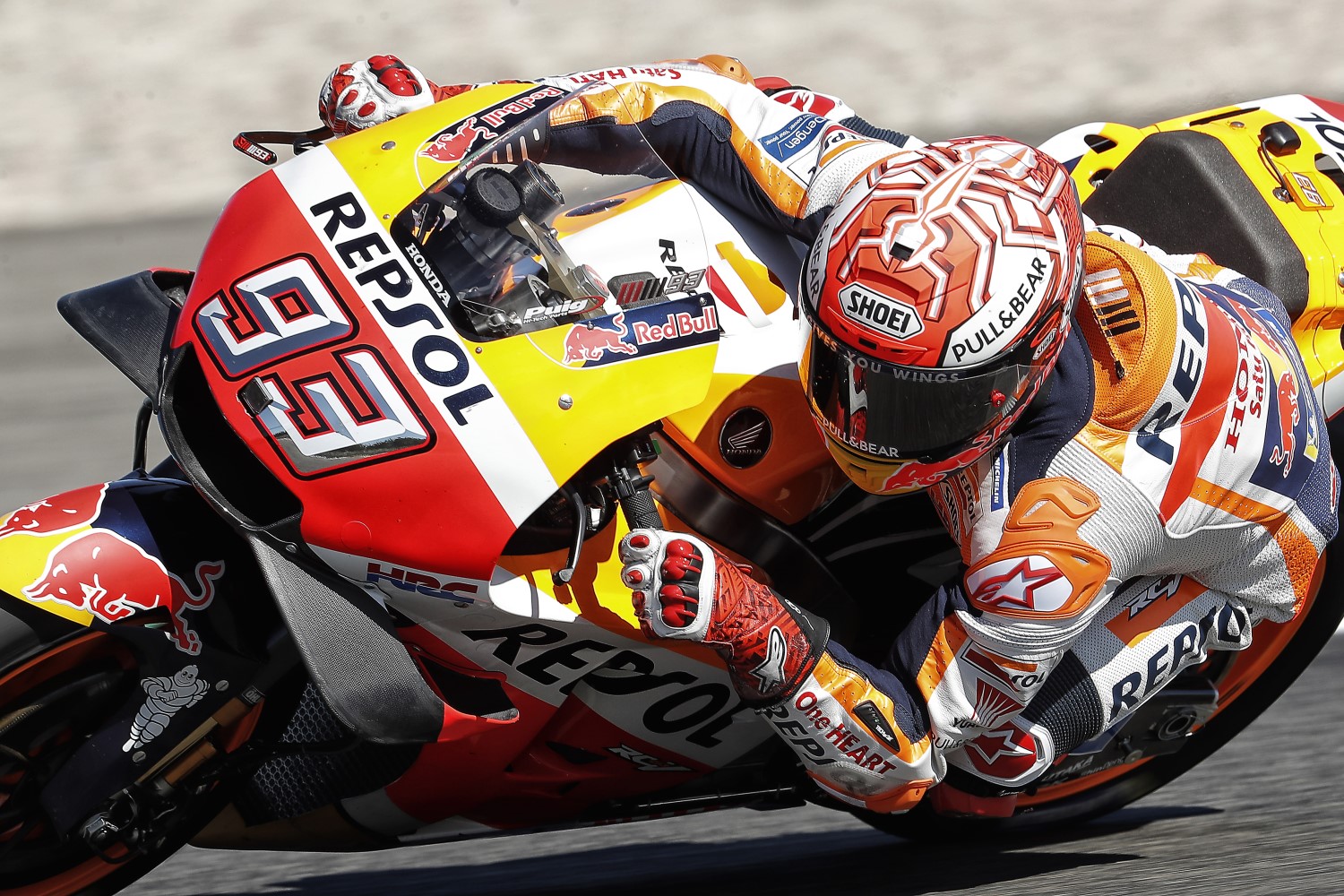 The Spanish energy company and the Japanese manufacturer extend their contract through to 2020 and consolidate the most successful relationship in motorcycle racing history.

Repsol and Honda have extended their contract in MotoGP for a further two years, thus consolidating an alliance based on technological collaboration and commemorating its twenty-fifth anniversary in 2019.

In 1995, Repsol and Honda Racing Corporation (HRC) joined forces for a project that will be next year celebrating a quarter-century in motorcycle racing. Since then, the energy company and vehicle manufacturer have won 13 rider World Championships in the premier class and taken 163 Grand Prix wins, the most recent coming this past weekend at the Dutch TT through Marc MÃ¡rquez.
Repsol’s Executive Managing Director of Communications and the Chairman’s Office, BegoÃ±a Elices, and HRC President Yoshishige Nomura, signed the extension of the agreement, through which Repsol will continue to be the main sponsor of the Honda factory team in MotoGP and the supplier of the fuel and lubricant used by their bikes -unique prototypes to which technological excellence, products and the innovation of both companies is transferred.

For the 2019 season, current World Championship leader MÃ¡rquez will team with Jorge Lorenzo. Between the two they have won seven of the last eight MotoGP titles, with the exception being that won by Casey Stoner with Repsol Honda in 2011.

The collaboration between Repsol and Honda goes beyond conventional sports sponsorship and is reflected in a close relationship between the Honda laboratories in Saitama (Japan) and the Repsol Technology Center, which is located in MÃ³stoles (Spain).

This long term teamwork is an example of the enduring collaboration between two global companies that always seek to overcome challenges and aspire to excellence. Repsol and Honda have been able to make the most of their strengths and achieve a winning formula, which is based on the combination of bike, rider, fuel and lubricant.

More than half of the premier class world titles won since 1995 have gone to the Repsol Honda team. In addition, the Repsol-Honda collaboration has led to the winning of the Team Championship on seven occasions since the award was created in 2002. A record of 163 wins and 419 podiums in 500cc and MotoGP has been reached thanks to riders such as Mick Doohan, Alex Crivillé, Valentino Rossi, Nicky Hayden, Casey Stoner, Dani Pedrosa and Marc Marquez.

The team with the most recognizable colors in the MotoGP World Championship will celebrate the 25th anniversary of Repsol and Honda’s relationship in 2019, an event that coincides with the 50th anniversary of the energy company as a sports sponsor.

Yoshishige Nomura, HRC President
“We're delighted to announce the extension of our partnership with Repsol for two more years. Next season will mark the 25th anniversary of the longest and most successful relationship of this kind in MotoGP, an achievement that gives us great joy and pride. During this period, we have successfully faced together the many exciting challenges posed by the rapid evolution of technology, the ever-increasing level of racing competition, the growth of the worldwide MotoGP audience in traditional and new markets, and the fast-changing means of communicating with fans. We look forward to continuing this journey together, with the same spirit and goals, and to achieving many more successes."

Begona Elices GarcÃ­a, Repsol's Executive Managing Director of Communications and the Chairman’s Office
"We are very pleased to have renewed our alliance with Honda -an alliance that will celebrate its 25th anniversary next year and that goes well beyond a traditional sponsorship agreement. Over the next few years we will continue working together on new technological developments, testing new products with high added value for the automotive sector and, of course, looking for the greatest sporting successes with the positive values of effort, improvement and commitment throughout our team."