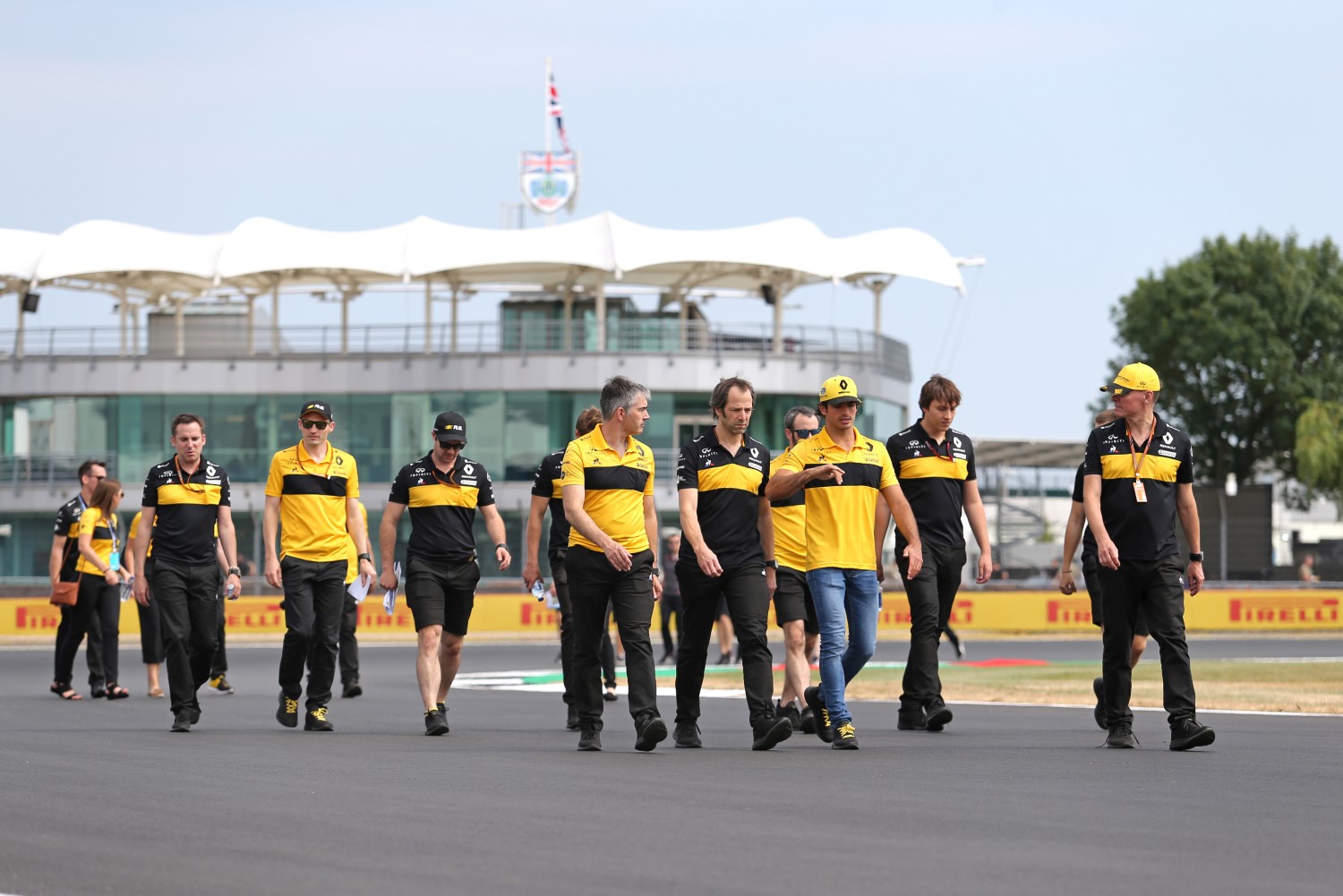 After the highs of a very decent run of eight consecutive finishes in the points culminating in our home Grand Prix in France, Austria was like a crash landing. Although the circuit did not play to our strengths, we must do better. While the race did not go our way, it certainly benefited our rivals, who took advantage of three retirements in the top teams to finish higher than usual in the rankings.

The sign of a good team is the ability to react quickly and come back stronger. Even in the short turnaround between Austria and Silverstone we must improve reliability, recover our more usual competitiveness level and further our understanding around tire management. We know Silverstone will be a tough challenge but we will keep pushing to get back on target. It’s our second home race, just down the road from the factory, so another double finish would be a welcome fillip as we head towards the summer break.

Happiest at home
After the disappointment in Austria, the team heads just 19 miles from its Enstone home for the British Grand Prix, the final leg of Formula 1’s first triple-header. Chassis Technical Director Nick Chester explains his vision for Silverstone.

What can we say about Silverstone?
Silverstone is actually quite a tricky track in lots of ways. It has a lot of high speed corners and changes of direction, so you need a nice stable car. A Formula 1 car tends to understeer at Silverstone, and that emphasizes the need for a strong front end, if not then it can be a struggle in the high-speed corners. Balancing the requirements of good stability and a strong front end is difficult and further complicated by the need to reduce drag if possible on this high-speed track. We’ll be seeing the hardest tire compounds from the Pirelli range, mainly because the corners are so fast and that means high energy input into the tires. Preserving tire performance will be a significant focus of our weekend.

And how difficult can the Great British weather be to work around?
The weather is always interesting around the British Grand Prix! Silverstone is actually quite high up for the locality, and it can be quite windy, which brings a real fuss in the high-speed corners. Of course, it can be hot, or wet, or cold across the same day or weekend. It’s usually quite challenging.

What’s been the biggest challenge for Formula 1’s first triple-header?
The logistics of it all has been hard, especially getting the cars turned around and getting parts replaced for mileage. It’s tough on the mechanics, they have a hard run through three back-to-back races. Silverstone is a bit of an advantage as it’s close to the factory, and that makes it easier to get parts to the track, but it’s still a challenge being the end of a three-race cycle.

It’s the team’s second home race in three weeks, does that bring extra pressure?
You try to do the best you can at every race. You take as many development parts as you can manage to the earliest possible occasion. A home race doesn’t really change the plan, Silverstone is that bit easier because if you have anything last minute, you can get it to the track. Home advantage helps!

Back on it
Nico HÃ¼lkenberg left Austria empty-handed, but heads to Silverstone in a determined mood as he aims to get back on track at one of his favorite circuits.

What do you like about Silverstone?
Silverstone is an awesome circuit, purely because it’s very high-speed. The old corner combinations of Maggots, Becketts and Chapel are really cool and especially quick in the modern Formula 1 car. You can really feel the forces, and it’s a tough, physical challenge. Striking a good, high-speed balance is important to extract the most performance. Silverstone is a good, challenging, physical lap but satisfying when you nail it.

What makes Silverstone so special?
Great Britain is one of the historic Grands Prix. You get a sense of the roots of car racing there. The atmosphere is always special too, and that gives you a buzz. The grandstands are packed out throughout the weekend and it’s always great to see that. It’s the second home race for the team, so that carries extra meaning and significance. We enjoyed a bright result there last year – my best qualifying and joint-best result.

Why do you think you go so well in Great Britain?
It’s a track that suits my driving style. Big, high-speed corners, a lot of downforce, which requires a bit of grit to get the most out of the car. It’s definitely encouraging to have a good record at Silverstone – five-points scoring finishes in a row there – so let’s get to work and aim to make it six this weekend.

How keen are you to bounce back with a positive result?
We have an immediate opportunity to return to the points after the frustration of Austria. It’s been a busy few weeks but I’m targeting a bright result to finish off this busy period on a good note.

Thrill seeker
A twelfth place in Austria ended Carlos Sainz’ six race points-scoring streak, as the Spaniard sets his sights on returning to the top ten at a fast and thrilling Silverstone circuit.

What stands out about Silverstone?
Silverstone is certainly up there as one of my favorite tracks on the Formula 1 calendar. It’s so fast, and simply a track for drivers. My favorite part of the track is easy to pick! Sector two! It’s probably the best sector of all circuits. Going fast through Copse gives you a buzz, but it gets even better through the next complex of Maggots, Becketts and Chapel as you find a rhythm with the car to go left-right-left and right again at very high-speed. It’s such a thrill.

And what’s there to say about the Great British weather?
The weather seems to be a frequent talking point in Great Britain. Rain always makes things more interesting and it is a challenge to drive these Formula 1 cars in wet conditions. Silverstone might provide that, you never know! I visit Enstone quite frequently, so you could say I’m well accustomed to the area, and what the weather might do. The weather will never stop the British fans from turning up in big numbers at Silverstone. What I find really impressive, is the fact the fans will be there all day, in any conditions. That’s what makes Silverstone special, the supporters are very passionate for motorsport.

Why is Silverstone so special to you?
Silverstone is where I tested a Formula 1 car for the first time in 2013. That was one of the most special days of my life and something I will never forget.

How’s the mood heading to Great Britain?
The weekend in Austria was going well for the team up until Sunday. It was a disappointing race for both cars, everyone has them throughout the course of a season, so we want to brush that one aside and focus on Silverstone. There’s no reason why we can’t be back in the top ten.

Artem recovered well after a disappointing qualifying left him seventeenth on the grid for the Feature race. But a well-executed strategy, combined with a last lap overtaking masterclass saw the Russian grab eighth place, which gave him reverse grid pole position for the Sprint. He dominated Sunday’s race, taking the fastest lap in the process to seal an extra two points.

Third & Reserve Driver Jack Aitken left Austria without points after retiring from the Feature race with a car problem while fighting for the podium, before finishing eighteenth in the Sprint.

The Brit will be aiming for a swift return to the points at his home round at Silverstone this weekend.

Artem Markelov:“We finished the weekend in Austria pretty well after a bad start on Friday. The team put in a lot of work to prepare the car during the night, as we had problems with it during the first day. In race one, we went from eighteenth to eighth with some nice overtakes on the last lap. I was on reverse grid pole for the second race and that made things much easier, as we had good pace from start to finish and took the win. Now I’m looking forward to Silverstone, and hopefully everything with the car will be good!"