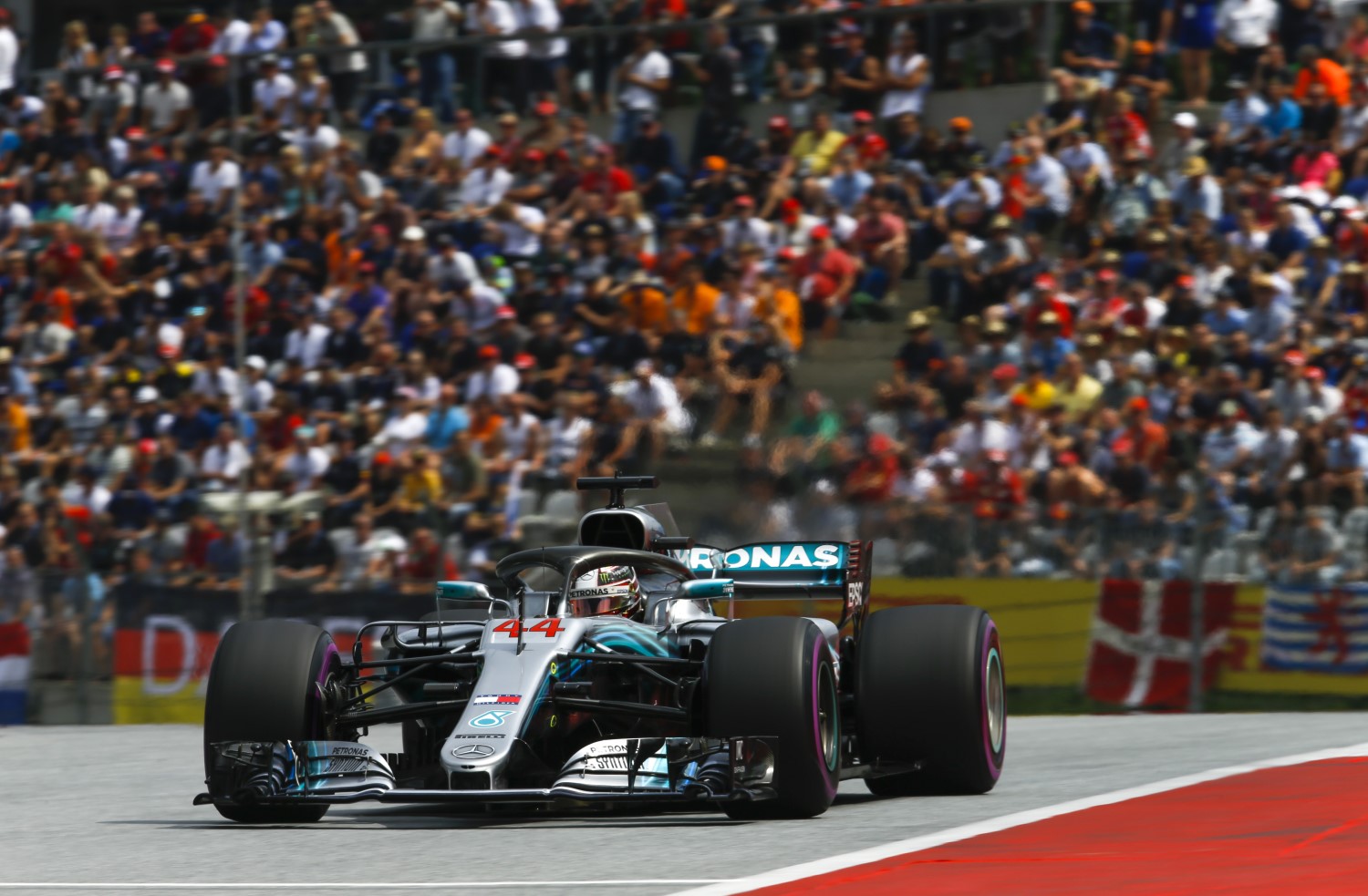 Lewis Hamilton and Valtteri Bottas ran 1-2 in opening practice for the British GP by 1/2 second over the Ferrari of Sebastian Vettel. Hamilton's lap of 1m27.487s was 3/10ths up on his teammate.

Red Bull’s Daniel Ricciardo and Ferrari’s Kimi Raikkonen claimed fourth and fifth spots, but the session wasn’t without incident for the Finn, as he spun his Ferrari coming through Brooklands and bounced over the curbs. He rejoined the track without damage, though, and finished ahead of the second Red Bull of Max Verstappen. The Dutchman ended FP1 parked on the start-finish straight, however, with a suspected gearbox issue.

As of FP1, it was Haas who held the upper hand, although both drivers suffered issues during FP1. Kevin Magnussen, who wound up P14, was seen to spar with Fernando Alonso on track, and was called to appear in front of the stewards for his part in the duel. Meanwhile, after a storming weekend in Austria for Romain Grosjean, the Frenchman made an error at Turn 1 with half an hour remaining, losing the rear end of his VF-18 and ending up in the barriers, after his DRS appeared to accidentally stay open. He still managed to be the fastest of the midfield though, winding up seventh.

The two Force Indias of Sergio Perez and Esteban Ocon were P9 and P10, ahead of the Williams of Lance Stroll, who would have been encouraged to go 10th quickest.

The Sauber of Marcus Ericsson was 11th, leading Toro Rosso’s Pierre Gasly and his own team mate Charles Leclerc. After Magnussen, Carlos Sainz ended up down in P15, while he and his P17 Renault team mate Nico Hulkenberg will be looking to ramp up the speed as the weekend goes on.

On their first weekend following Eric Boullier’s departure, it seemed as though there were still issues at McLaren, as Stoffel Vandoorne ended up P16 and Fernando Alonso was P19. The second Toro Rosso of Brendon Hartley was 18th, with the New Zealander complaining of vibrations during the session, while last place went to Sergey Sirotkin, with the Russian spinning off at one point at Club corner.