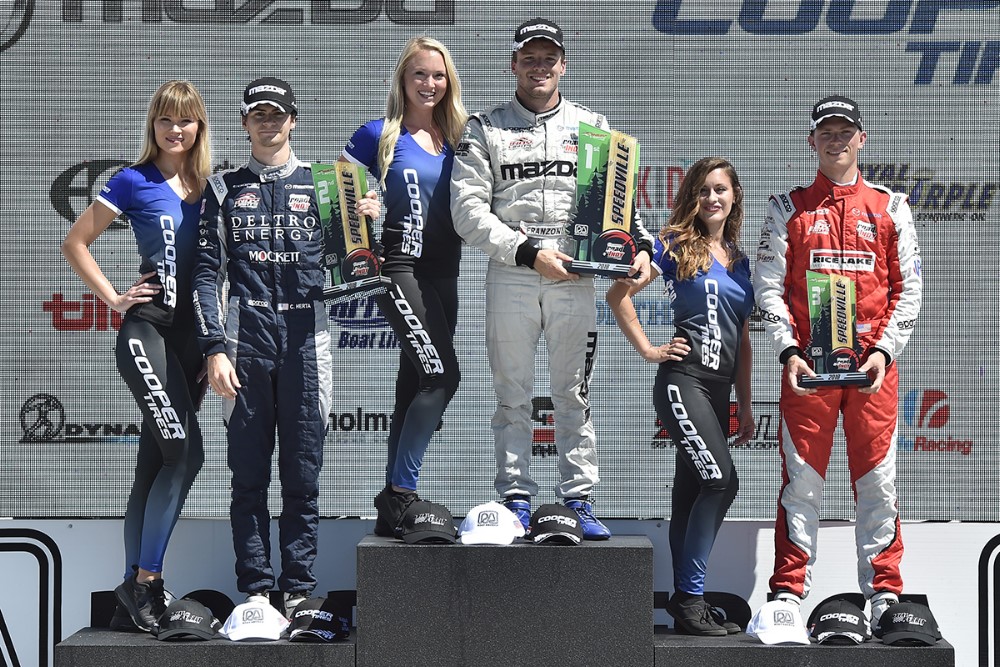 Victor Franzoni drove to a resounding victory in the second Indy Lights presented by Cooper Tires race of the Road America weekend on an emotional weekend for his Juncos Racing team.

A week after his Pro Mazda teammate from 2017, Jeff Green, died in a vintage racing crash in Canada, Franzoni led 18 of 20 laps and won by nearly nine seconds to secure his first Indy Lights victory and become the latest in a select group to win races in all three levels of the Mazda Road to Indy.

"This has been a difficult weekend for us," said Franzoni, the 22-year-old Brazilian who won the Pro Mazda title last season when paired with Green at Juncos. "We came here with two kinds of pressure: to get back into the points fight and to make a good showing for Jeff.

"I got the pole (Saturday) but had one of the worst races of my career, and today I had the best race of my career – and I'm glad that I could give that to Jeff. He's the one who got me into Indy Lights and to give him this victory means so much."

In the Cooper Tires USF2000 Championship powered by Mazda Kyle Kirkwood of Cape Motorsports passed Lucas Kohl of Pabst Racing on a last-lap restart and went on to win by 0.4663 of a second to sweep the Road America doubleheader weekend. Kirkwood has won four straight USF2000 races and five overall this season.