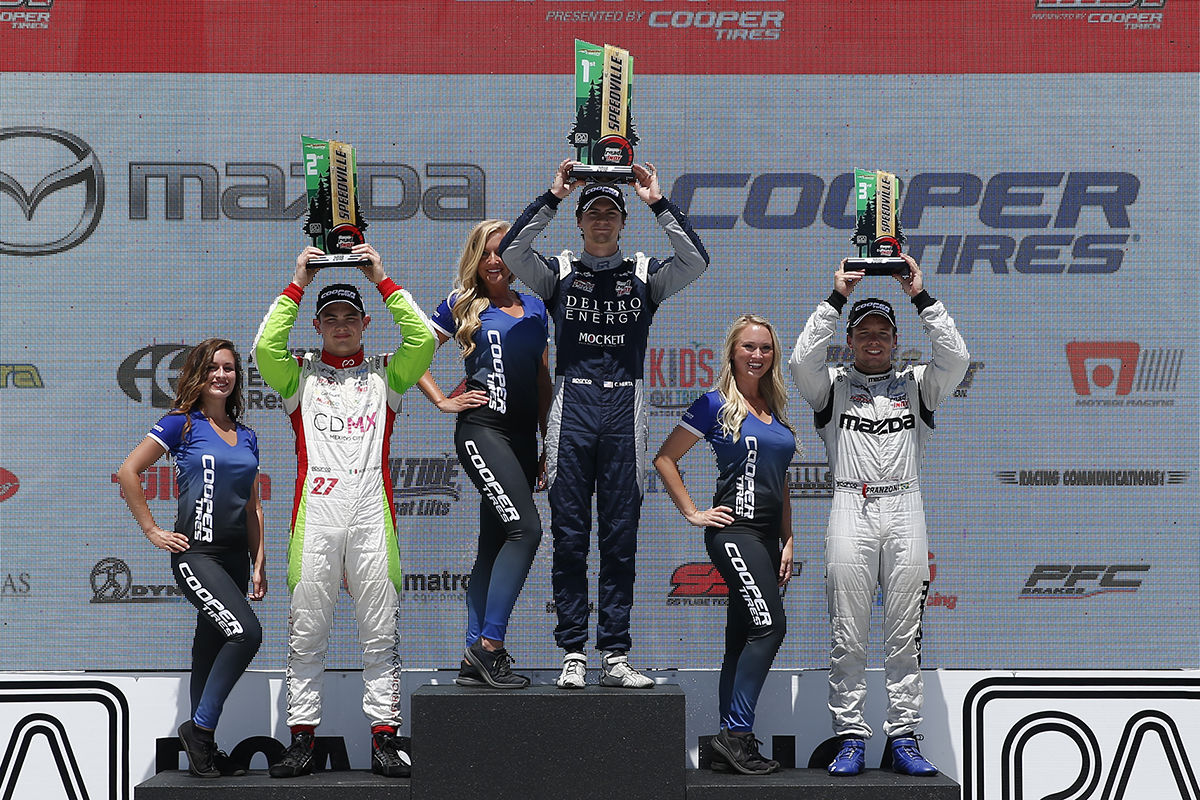 Colton Herta won his fourth consecutive Indy Lights presented by Cooper Tires race, holding off teammate Patricio O'Ward to collect the victory in the first of two weekend races at Road America. Starting third, Herta passed Victor Franzoni for the lead on Lap 6 of 20 and led the rest of the way in the No. 98 Andretti-Steinbrenner Racing Mazda/Dallara IL-15.

Herta crossed the finish line 3.7061 seconds ahead of O'Ward, driver of the No. 27 Andretti Autosport entry. The last Indy Lights driver to win four straight races was Alex Lloyd in 2007.

In the Pro Mazda Championship presented by Cooper Tires, David Malukas completed a weekend sweep in an emotional race for the entire series. Malukas won by 1.3845 seconds over teammate Toby Sowery to duplicate the finish in Race 1 on Friday. Parker Thompson, who finished fourth on Saturday, extended his championship lead to 46 points over Rinus VeeKay.

In the Cooper Tires USF2000 Championship powered by Mazda, Cape Motorsports' Kyle Kirkwood drove to his fourth win of the season, edging Kaylen Frederick of Pabst Racing by 0.4865 of a second in the first of two weekend races. The second USF2000 race gets started at 9 a.m. ET Sunday and streams live on RaceControl.IndyCar.com.