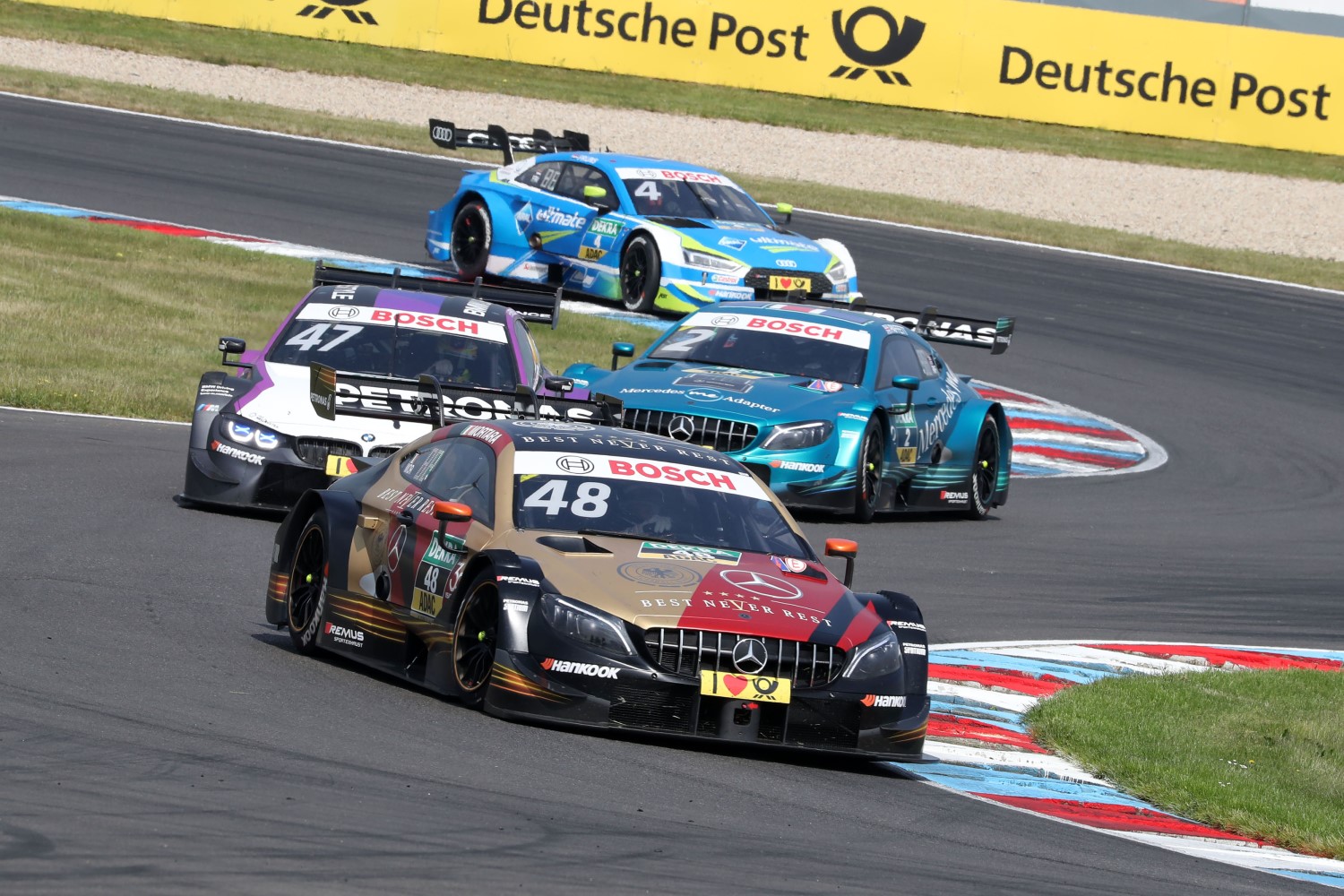 For the second time in his career, Edoardo Mortara was able to celebrate on the top step of the winner’s podium at the Norisring. After his success in 2016, the Mercedes-AMG driver again won a race during the DTM season highlight at the Norisring, the only street circuit on the DTM calendar.

After 68 laps, he crossed the finish line, 0.681 seconds clear of his team-mate Gary Paffett. “The entire team has done a tremendous job. In the early stages of the race, I was having problems with the tyres, but at the end, everything was all right," the winner said and extended thanks and the praise to his team.

“After all, I have the right sponsor on my car and I am rooting for the German national team tonight," said Mortara, whose Mercedes-AMG C 63 DTM is sporting the colors of the German football team. Third place at the Dutzendteich went to local hero Marco Wittmann with his BMW. For the driver who was born in FÃ¼rth, close to Nuremberg, this was his first-ever podium finish in his DTM home round at the Norisring.

On Saturday, it was Masaaki Bandoh, the chairman of the SUPER GT organisation GTA, who handed the winner’s trophy to Mortara. During a press conference on Saturday morning, the Japanese, together with Gerhard Berger, had presented the new ‘CLASS 1’ regulations for DTM and SUPER GT.

Paffett accepted his trophy from five time World Rally Champion Sébastien Ogier. Dr. Ulrich Maly, the mayor of the city of Nuremberg, congratulated Wittmann and handed him the trophy for third place. “That was a special moment, even though it was the lowest step of the podium," Wittmann said. “It took me long to finally make it onto the podium at the Norisring. I have been successful at almost every track, just not in my home race."

While Mortara drove a relatively undisputed race out in front and only had to watch out for team-mate Paffett in the closing stages, the latter first worked his way past Philipp Eng, who went on to finish fifth, and then Wittmann. “Admittedly, I was a bit faster than Edo, but he did a good job in defending," the second-placed said. Paul Di Resta finished fourth. Classified eleventh, Jamie Green was the best-placed Audi driver in the seventh DTM race of the season.

In the DTM drivers’ standings, Gary Paffett claimed back the lead. The Brit is now in first place with 97 points from Timo Glock (91 points), who only scored one point for finishing tenth today. Paul Di Resta is third with 79 points. On Sunday, the second race during the season highlight at the Norisring in Nuremberg is the eighth race of the DTM season. The race gets underway at 13.30 hrs. The action from Nuremberg will be streamed live at DTM.com/live and in the DTM apps for iOS and Android.