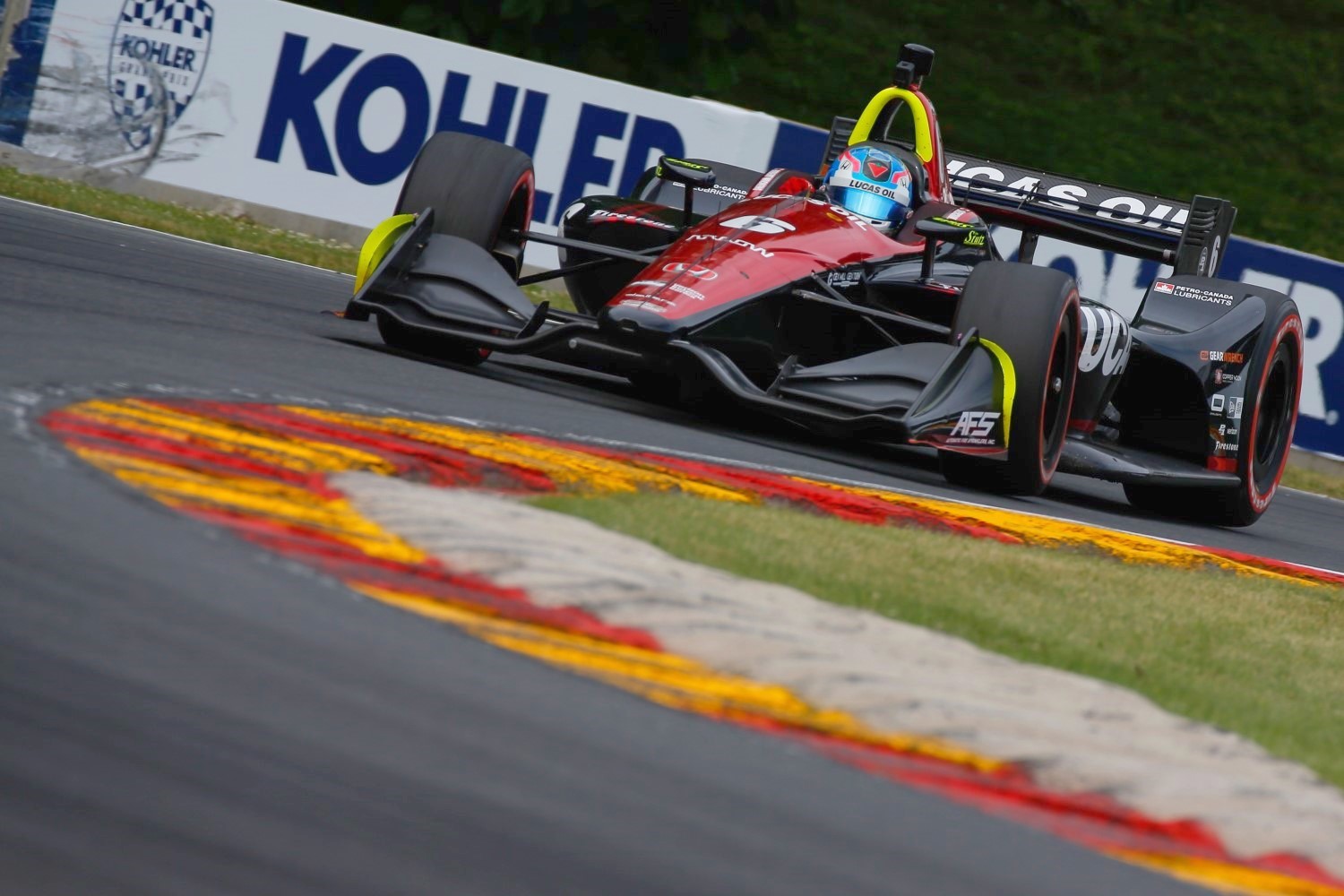 Zach Veach ran out of talent and spun at Road America just when all the drivers were on their fast lap, which brought out the red flag and all the fast laps were ruined. As a result, Robert Wickens was the only driver to get in the 1m42s range to lead the session at 1m42.99s on Firestone blacks. His time was over 3 seconds per lap slower than the CART IndyCar record set for this track by Dario Franchitti 18 years ago at 1m39.866s in his Honda, also on hard black race tires.

Simon Pagenaud (Chevy) was third, Alexander Rossi (Honda) 4th and Graham Rahal (Honda) 5th to round out the top-5.

Honda cars were 8 of the top-10 and the biggest surprise was Josef Newgarden – fastest in both sessions Friday – could only muster 13th best time this morning.