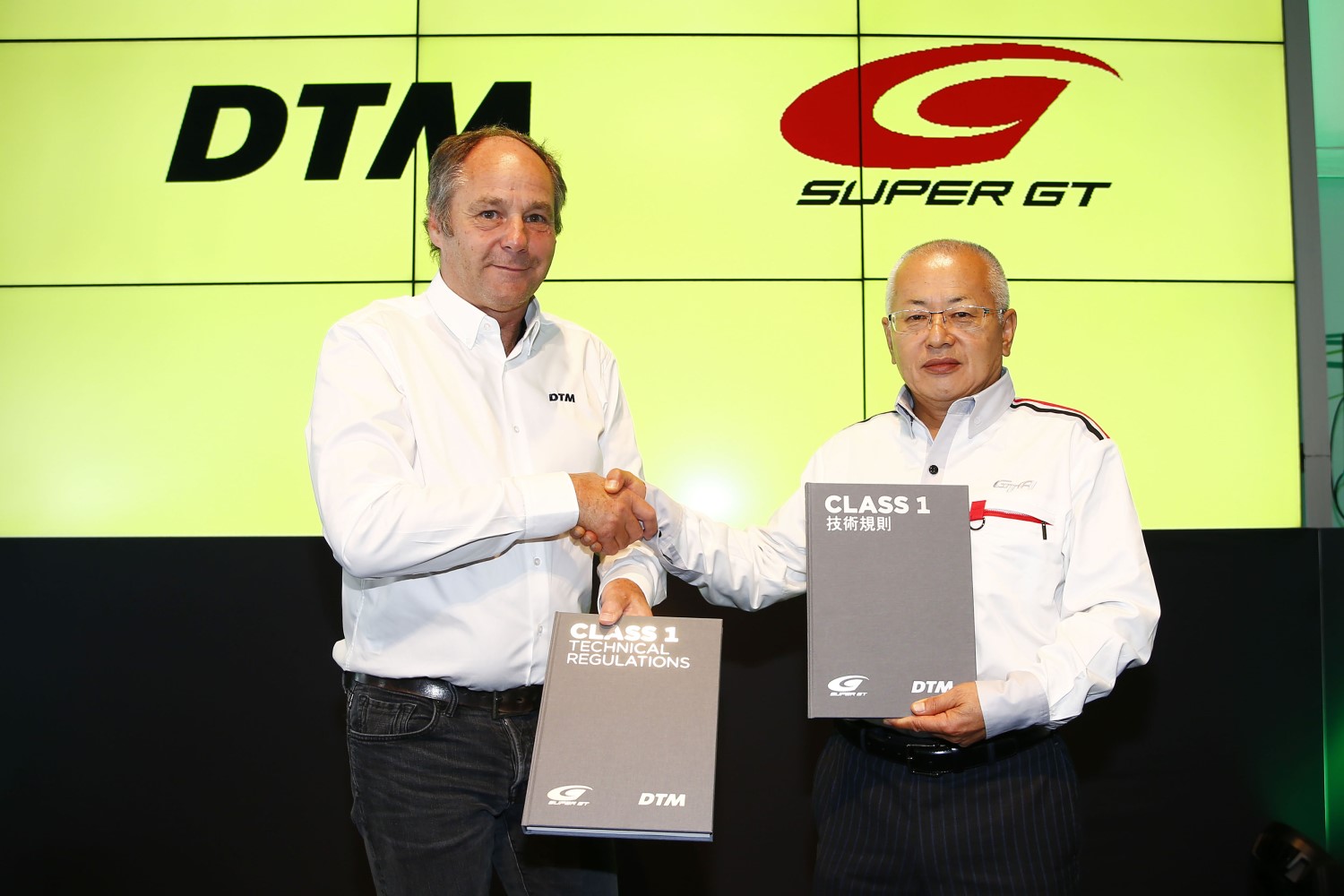 The new “CLASS 1" regulations for DTM and the Japanese SUPER GT series have been completed. Within the framework of the DTM tradition-steeped race meeting at the Norisring, Masaaki Bandoh, Chairman of the SUPER GT umbrella organisation GTA and Gerhard Berger, Chairman of the DTM umbrella organisation ITR presented the new technical regulations to take effect next year. “A milestone for international motor racing," Berger described the result of the collaboration of ITR and GTA. “These regulations enable manufacturers and teams to participate in spectacular motor racing at reasonable costs on two continents – and thereby to reach many people."

“I would like to thank Mr. Berger, DTM and SUPER GT manufacturers, and all concerned for your dedication to this project," Bandoh said. “As you can see from the great success of our show runs done in both Germany and Japan last year, our collaboration has been further deepened."

The new, joint regulations are based on three pillars that have been pursued by DTM for many years and guarantee enthralling motor sport: safety, cost reduction and equal opportunities. Already now, the cars of the two series resemble each other in many areas. From the 2019 season, the DTM vehicles will fully meet the “CLASS 1" regulations. One year later, SUPER GT also will adopt a version of the new regulations that will be slightly modified for the endurance races that are a part of the series’ calendar.

“I want to thank Bandoh-san and all the peers that jointly worked on the new ‘CLASS 1’ regulations very much," Berger said. “I’m really happy about the fact that DTM and SUPER GT made a crucial step on the way to our goal: to jointly hold races. By the creation of these regulations we kept on pursuing our previous course consequently. Furthermore, we set the course for the future of DTM that will fully adopt the new regulations from 2019, thus remaining an attractive platform for the car manufacturers."

“In 2019, we are going to hold the first-ever joint race events where DTM and SUPER GT cars compete together," Bandoh added. “I strongly believe that the joint events will bring new excitement for motorsports fans around the world and both SUPER GT and DTM will continuously develop together."

The most important factor of the new regulations will be the common part concept. It results in clear cost reductions while also adding to the safety and equal-opportunity areas. Components of nearly all the areas of the car will be standardized and will be produced and distributed both in Europe and Japan. For all these components, the manufacturers needn’t to invest in expensive design and development efforts. The core of the car is the carbon-fibre monocoque with integrated safety cell that already has been used in DTM for years.

A significant difference to the previous technical DTM regulations will be the engines. A state-of-the-art two-litre 4-cylinder turbo engine will replace the V8 power units used to date. The engine will produce some 620bhp – about 100bhp more than their predecessors – and will accelerate the DTM cars to more than 300kph. Due to the additional power the cars also will need more brake energy. Therefore, the aero design of the front of the car will be adapted to gather more air for cooling both the engine and the brakes. Furthermore, front and rear diffuser and the rear wing will be modified as the current SUPER GT specs will be incorporated in the new regulations, in this area.

First joint races of DTM and SUPER GT in 2019

Although SUPER GT will adopt the “CLASS 1" regulations only in 2020, ITR and GTA plan to hold two joint race meetings – one in Europe and one in Asia – as early as 2019. The format will resemble the sporting regulations of DTM, with two sprint races without a driver swap or refuelling but an obligatory pit stop for the change of all the four tires. For these race meetings, a one-off “Balance of Performance" (BoP) will be created to make for equal chances of the still slightly differing vehicles of both series.

The 2018 season is in full swing. After the season highlight at the Norisring, the calendar still features another six rounds, with the first half of the season being concluded from 13th to 15th July at Zandvoort.