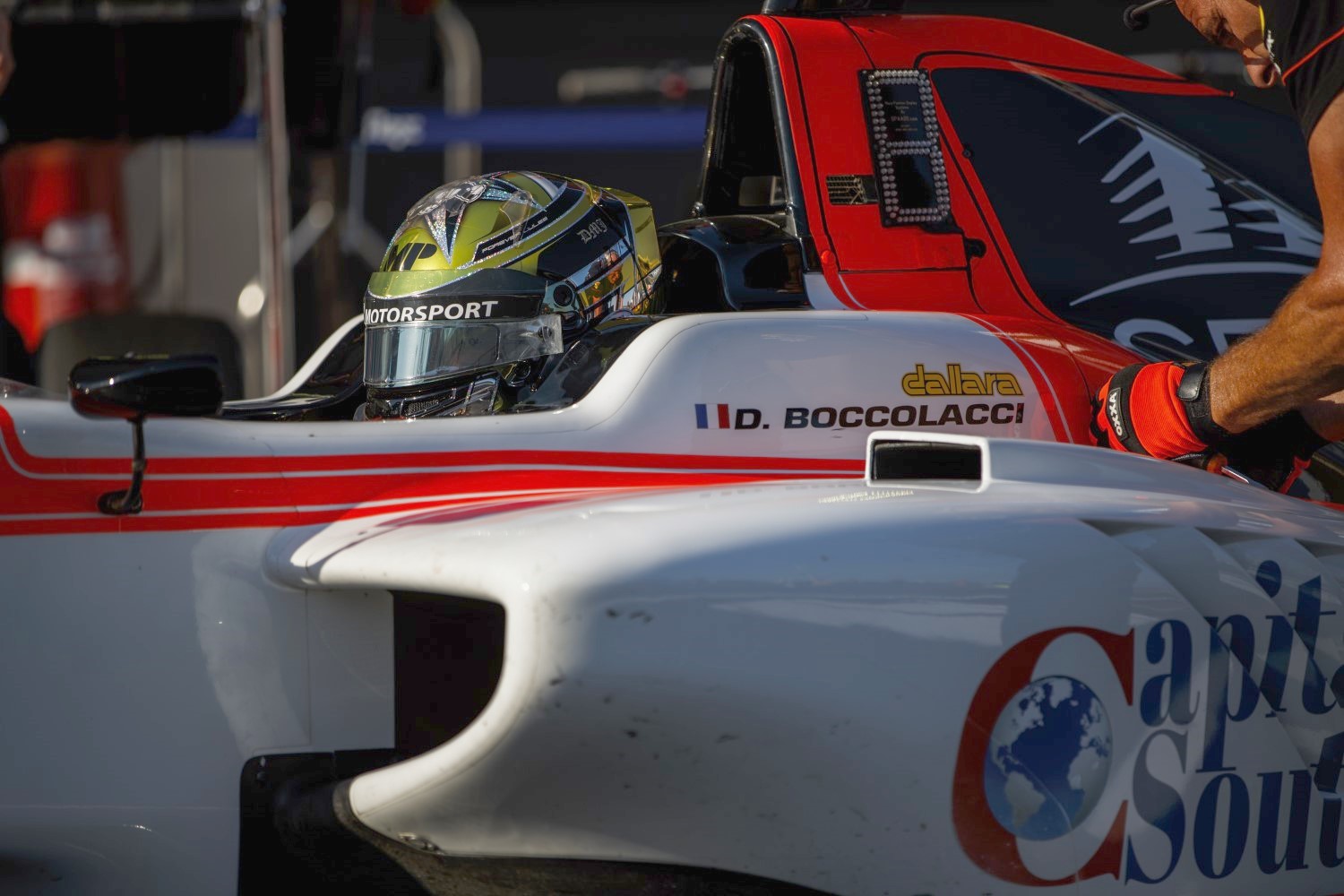 Dorian Boccolacci took his maiden GP3 Series pole position in style, the MP Motorsport driver prevailing late on during Qualifying in Le Castellet, France to overhaul countryman Anthoine Hubert in the dying moments of the session with a 1:50.615 lap. ART Grand Prix’s Hubert begins tomorrow’s race from the front row, as Giuliano Alesi of Trident completed an all-French top three.

In cooler temperatures compared to those experienced in the morning’s practice session, Ryan Tveter led the field out and was first to pump in a flying lap, setting a time in the 1m52s despite having run marginally off-track. Alesi then eclipsed his teammate by half a second, prior to the ART pair of Jake Hughes and Nikita Mazepin splitting the Trident pair in the opening stages.

Joey Mawson then thrust his way into the top two, before the MP pair of Boccolacci and Niko Kari entered the fray – the former going quickest for a short spell before Hubert found a quarter of a second’s advantage over the field. Hubert’s teammates Hughes and Callum Ilott were soon threatening the Frenchman’s pace, Ilott vaulting into first with a rapid second sector in his pocket, while Hughes aborted his flying run.

Returning to a provisional front row again, Mawson was moved aside by Boccolacci for second; the local driver then continued to display strong pace around the Circuit Paul Ricard with a lap 0.3s quicker than Ilott’s benchmark ahead of a mid-session hiatus in running. Hughes got the running back underway, but Hubert soon found his way past in the pursuit of clear track.

With six minutes on the clock, Hubert surged into first with a 1:50.697, and his time seemed set to carry him to pole having resisted hot laps from teammates Mazepin and Hughes. Alesi’s chances of pole were nixed by a wide moment at turn 12, before Boccolacci’s late raid on the timing boards handed the MP driver pole position.

Mazepin took fourth behind Hubert and Alesi, with Leonardo Pulcini popping up in the top five late on in the session. Kari took sixth ahead of Ilott, as Alessio Lorandi assumed eighth place ahead of Trident teammate Pedro Piquet – with Mawson rounding out the top 10.

With three French drivers adorning the front two rows of the grid, the first of two GP3 races this weekend should offer plenty of interest to the home crowd – and all eyes will be on them to send the French fans into raptures.