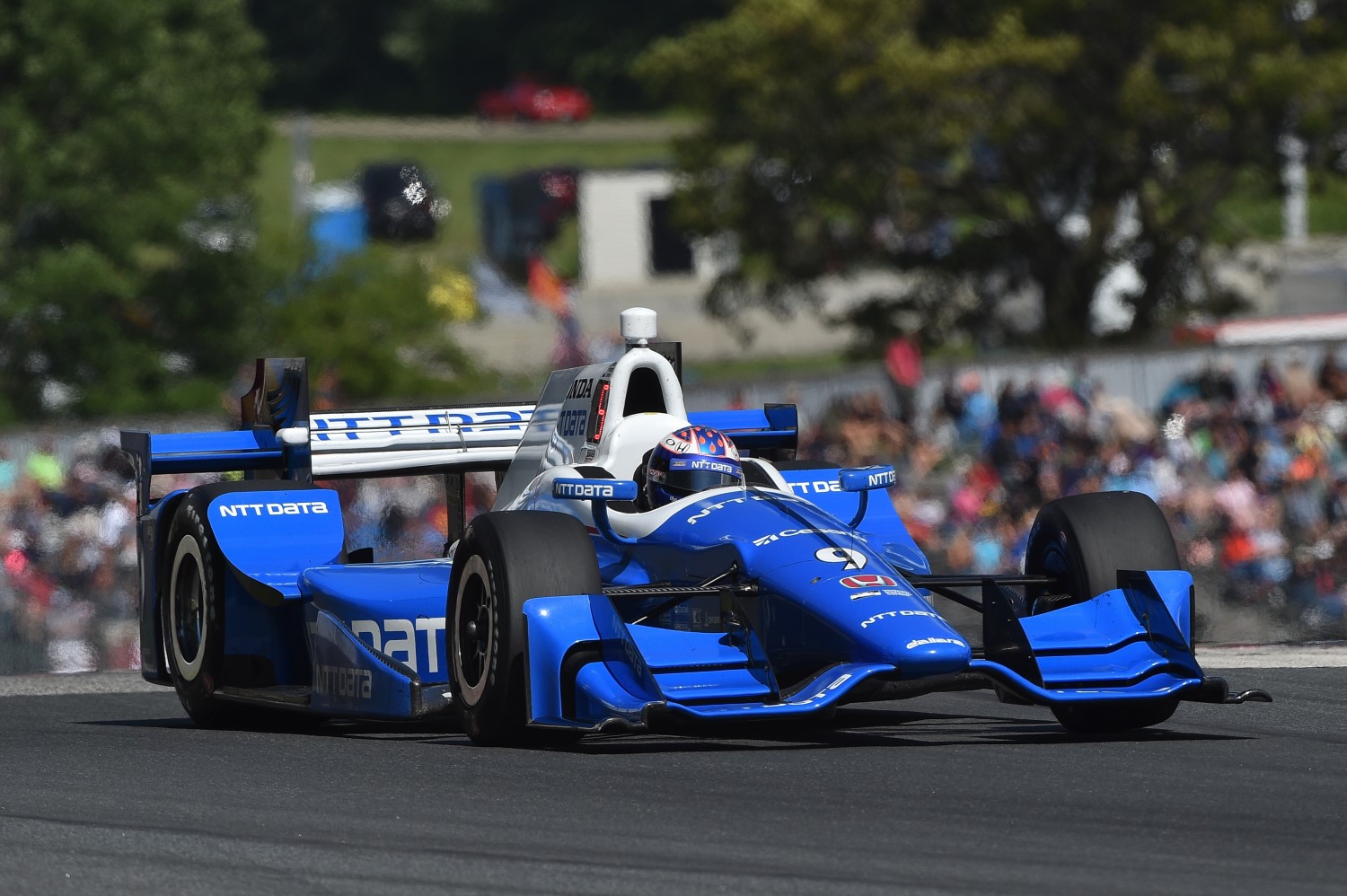 Good morning from the beautiful area of Elkhart Lake, Wisconsin and Road America. It is a cool June morning with cloud coverage and temperatures in the low 60s. Later today should be around 70 degrees with a slight chance of rain today. It was raining in certain places on my way into the track this morning but it is dry here.

The Kohler Grand Prix will be the 28th IndyCar Race at Road America. We have three past winners that will start the race on Sunday, Sebastian Bourdais, Will Power and Scott Dixon.

Alfonso Celis Jr., 21, of Mexico, will make his Verizon IndyCar Series debut in the No. 32 Juncos Racing Chevrolet that has fielded Kyle Kaiser and Rene Binder in four races each this season. Celis, a former Force India Formula One test driver, drove a Juncos Racing Indy Lights entry in two races at Barber Motorsports Park in April.

“This is something that I've dreamed of since I was a kid and something that we have worked for many years to achieve," he said. “We had a great test (at Road America) last week. I was able to learn a lot about the car and the strong Chevy engine."

This past weekend, 2017 Pro Mazda driver, Jeff Green passed away in a racing incident at the Canadian Tire Motorsports Park located in Ontario, Canada. Green drove for Juncos Racing in the 2017 Pro Mazda Championship Presented by Cooper Tires.

Green owned a Ford and a Chevrolet dealership in Peoria, Illinois. After having a long history in the dealership business—he started cleaning cars at age 13 in Illinois and later became a technician, according to his bio on one of his dealership’s websites. Green studied automotive marketing and business at Northwood University, and his bio said his family made a business of buying struggling dealerships and turning them around.

INDYCAR practice will be at 11 am today with the second practice at 3 pm today.

Stay tuned to AR1 for news from the weekend.