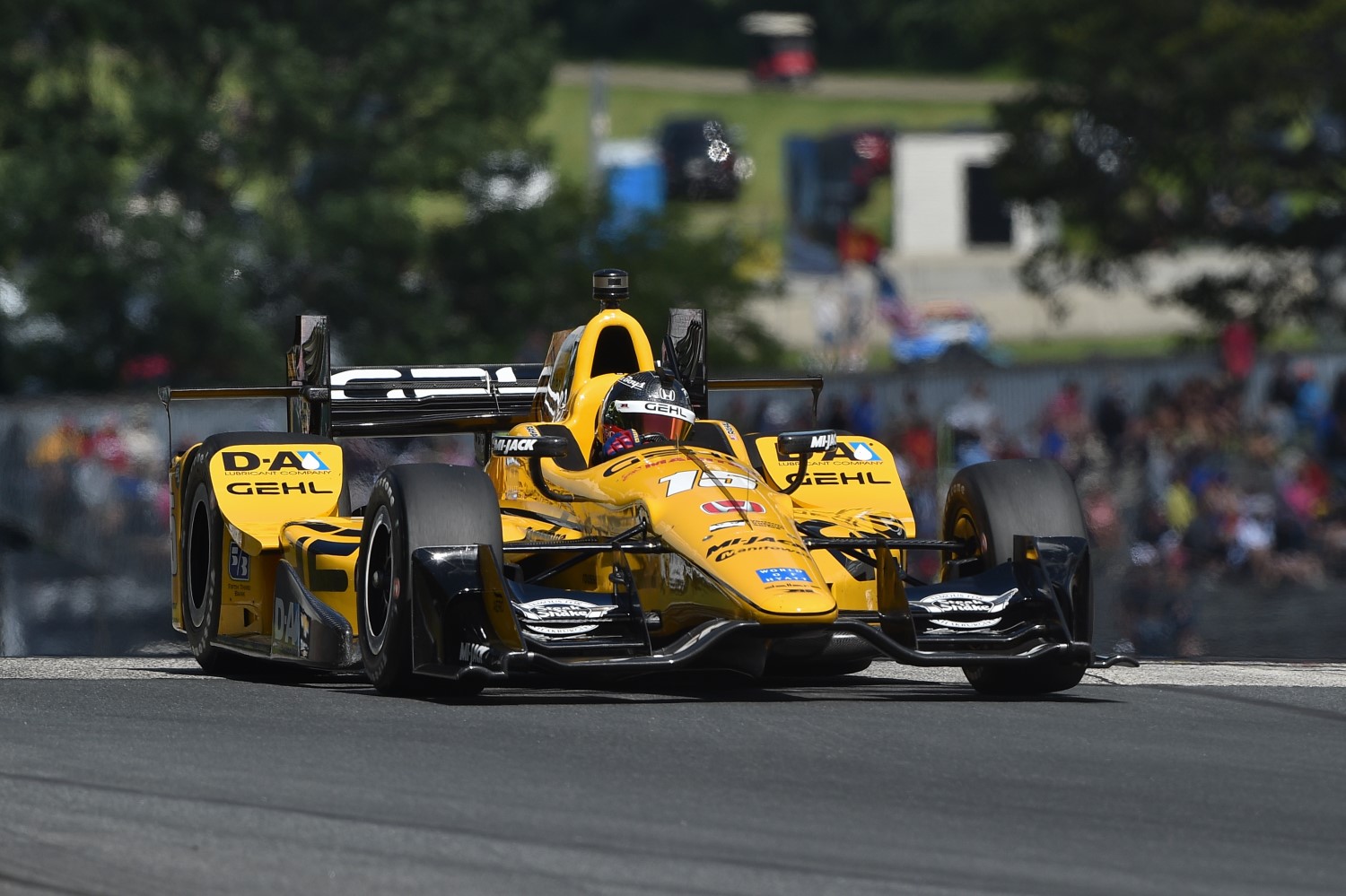 Third-generation driver Graham Rahal has posted podium finishes in a pair of races at Road America, in 2007 and 2016, at the revered 4.048-mile, 14-turn permanent road course.

Rahal is having a steady season in 2018, with three top five finishes and eight top ten finishes. Following a brief test session on June 13, the 29-year-old Columbus, Ohio native took time to share his thoughts on a track that is steeped in race history before retuning to Road America for the Verizon IndyCar KOHLER Grand Prix June 21-24.

"Elkhart's in a league of its own when it comes to road courses in the country, said Rahal." "And with the new bodywork, the car just continues to accelerate down the straights more and more; it's awesome and I can't wait to get back to Road America."

"We're excited to have the Gehl car back out there, in a new (livery) for 2018. It won't be the same bright yellow as we had before but we've had them as supporters of mine since 2006 and we are excited to get this car out on track."

"And back to driving the car, it's a lot of fun even around the Carousel; it's a blast, said Rahal. As I said to a group of fans that were there watching, Road America highlights all the right things about Indy cars and IndyCar racing."

The green-flag will fly on the KOHLER Grand Prix at approximately 12:12 p.m. (Central Time) on June 24.

Tickets for the KOHLER Grand Prix are still available and additional details, including ticket pricing, an event schedule and camping information can be found at www.roadamerica.com or by calling 800-365-7223. Anyone 16-years-old and under are FREE with a paying adult at the gate. All races will run rain or shine.