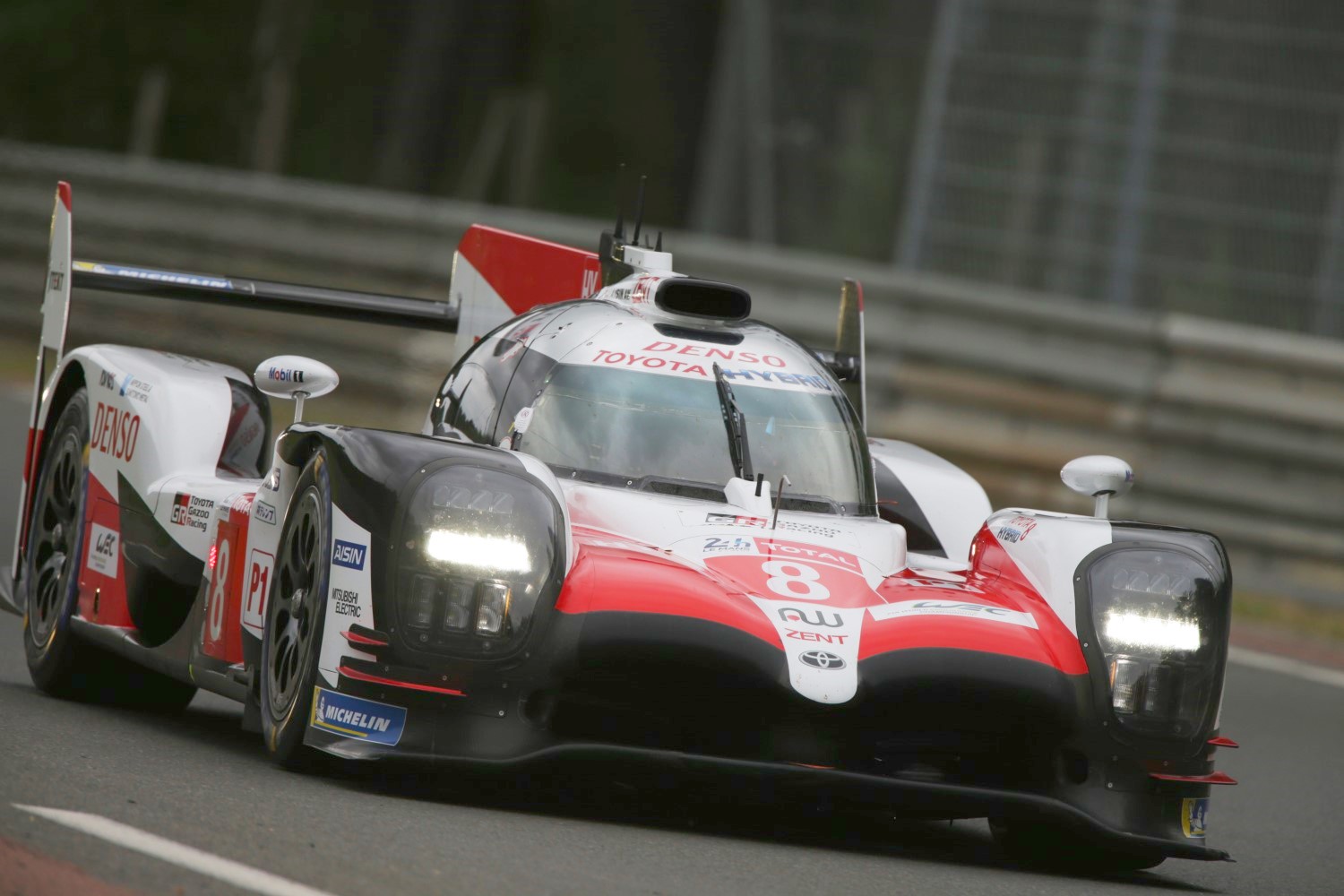 After 20 hours of racing the two Toyota TS050 HYBRIDS are still out in front but there has been a change for the lead since our last report. The No.8 Toyota is now leading thanks to Kazuki Nakajima who went past Kamui Kobayashi in the 15th hour, but now Fernando Alonso is at the wheel and poised to win the 24 Hours of LeMans according to plan.

The two Toyotas are 90 miles ahead of the 3rd and 4th place LMP1 Rebellions. It's not even a race, its a Toyota parade as planned by the rules makers so that Fernando Alonso would win and make them headlines. Not taking anything away from Alonso, but when the rules mean you win by over 90 (soon to be 100) miles, something is wrong with the rules, or the fix was in.

After the two Rebellions briefly swapped positions during the previous hour, Bruno Senna is now in an outright third place in the #1 car.

The #1 had reeled in the sister #3 Rebellion-Gibson R-13 earlier in the morning, but Senna was able to leapfrog Matthias Beche when the #3 spent an additional 30s in the pits.

Porsche continues to dominate LMGTE Pro with the No.92 Porsche GT Team entry almost a lap ahead of the No.91 911 RSR as the clock went past the 20-hour point. The No.68 Ford GT of Sebastien Bourdais was lying in third position, right on the tail of the second placed Porsche.

Jan Magnussen was a lap down in fifth in the sole remaining Corvette entry, the #63, after the US squad was forced to retire the #64 car due to engine overheating issues.

G-Drive Racing’s No.26 ORECA 07 Gibson holds the lead in the LMP2 class with Andrea Pizzitola in the car. The Russian team is over 3 laps ahead of the second placed car in this class, the No.36 Signatech Alpine A470.

The No.77 Dempsey-Proton Racing Porsche 911 RSR is still out in front of the LMGTE Am class, over 2 laps ahead of the No.85 Ferrari 488 GTE of Luca Stolz.

There were plenty of incidents in the third quarter of the 86th edition of the 24 Hours of Le Mans including stop and go penalties for both Toyotas for speeding under slow zone regulations.

There were several cars that went off track during the night, with some retirements. Notable among the WEC entrants was the No.82 BMW, with Alexander Sims unexpectedly going off into the wall at Porsche Curves. The heavy damage forced the retirement of the car.

The No.88 Dempsey-Proton Competition Porsche from the LMGTE Am class was another retirement after Matteo Cairoli hit the barriers after exiting Porsche Curves, with the No.10 DragonSpeed BR1 of Ben Hanley also going off at Porsche Curves a few minutes later.