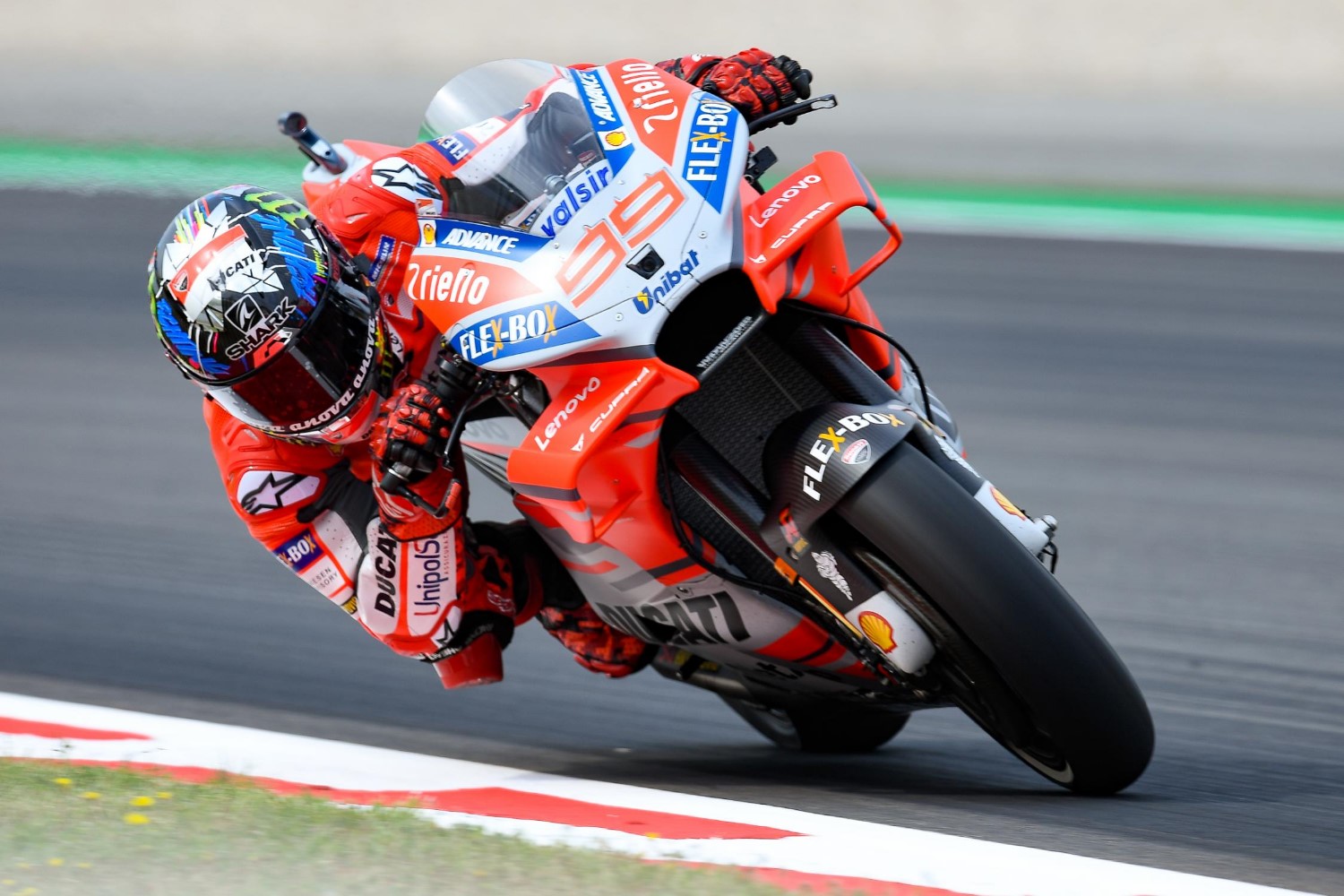 Mugello race winner Jorge Lorenzo (Ducati Team) was the man to beat on the opening day at the Gran Premi Monster Energy de Catalunya, ending FP2 top of the timesheets after setting a 1:38.930 – the only rider to step under the 1:39 bracket.

The Spaniard improved his time by over 0.8 seconds from FP1 after finishing third in the morning, laying down the gauntlet ahead of qualifying on Saturday. Andrea Iannone (Team Suzuki Ecstar) was able to bounce back after a crash in FP1, the Italian was the only rider to get within 0.4 seconds of the number 99 on Friday to finish second overall.

One of the biggest talking points from the opening day at the Catalan GP was Championship leader Marc Marquez (Repsol Honda Team) finishing 12th quickest on the combined timesheets, provisionally missing out on a Q2 spot. The Spaniard crashed at Turn 5 towards the end of the session when pushing for a quick lap, his fourth FP2 fall of the season.

Meanwhile, third on the combined timesheets was Movistar Yamaha MotoGP’s Maverick ViÃ±ales, improving his time by over half a second from FP1 to round out the top three in the afternoon – 0.492 off Lorenzo’s quickest lap. Andrea Dovizioso (Ducati Team) was second in FP1, with the Italian slipping down to fourth quickest overall in FP2 – 0.513 behind his teammate.

Valentino Rossi (Movistar Yamaha MotoGP), quickest in FP1, was the only rider in the top 11 who failed to go quicker in the afternoon session. The Italian finished in P11 in FP2, but his time of 1:39.456 from FP1 was enough to see ‘The Doctor’ end the day fifth fastest overall. Cal Crutchlow (LCR Honda Castrol) improved his position by one place from FP1 to end the day sixth fastest, 0.002 behind Rossi’s time.

Fresh from signing a one-year deal with the factory Ducati team in 2019, Danilo Petrucci (Alma Pramac Racing) drastically improved on his 20th position from FP1 in the afternoon to finish seventh overall. Johann Zarco (Monster Yamaha Tech 3) recovered from an early crash in the session to end the day eighth quickest overall, just ahead of home rider Dani Pedrosa (Repsol Honda Team) who improved by three positions from FP1 to end the day ninth.