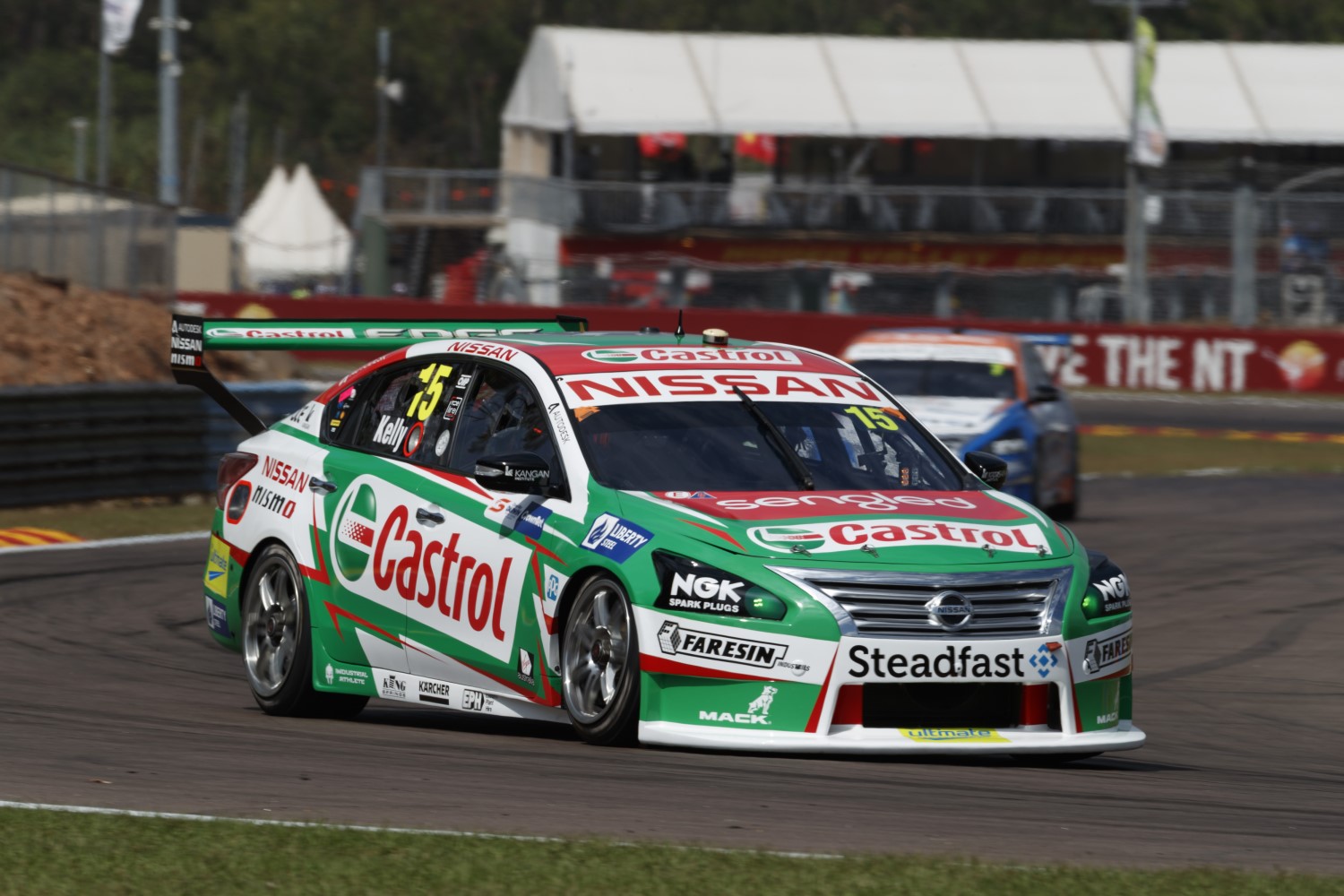 Rick Kelly continued the resurgence of Nissan with a dominant practice day in Darwin, setting up what could be another strong weekend for the former Supercars Champion.

Kelly topped the first practice session to start the CrownBet Darwin Triple Crown at Hidden Valley in the Top End ahead of the heavyweights of Supercars, Shell V-Power Racing and the Red Bull Holden Racing Team.

He was bettered only by Championship leader Scott McLaughlin in the second session as the young Kiwi looks to repeat his Sunday victory and Saturday second this time last year.

“The team has given me a very fast car but we are just trying to focus a little but more on the race runs to make sure the car is strong from that point of view," Kelly said.

“We want a bit more out of it in the race when the tyre gets hot and the car gets uncomfortable to drive. If we do qualify up the front we want to be able to stay there.

“Everything is a bit of a sacrifice to be strong in the key areas."

Kelly stood alone at the top in the Castrol Altima following his breakthrough win at Winton last month and dual podiums at Phillip Island, in a continuation of the recent form found.

Team-mate Michael Caruso nearly matched his efforts in the first session and fought back late with fourth in the second.

“We have a little bit to work on but it’s where we want to be," McLaughlin said.

“We have got a really good balance and a good idea from last year which is nice. Coming here for the second time with the team has made it a lot easier. We will work on it and see where we are at."

David Reynolds was seventh in the final session, while Fabian Coulthard, Andre Heimgartner and the lead Brad Jones Racing driver Tim Blanchard rounded out the top 10.

Tim Slade took 11th in the second of the BJR Commodores, while Nick Percat lost time in pitlane tracing a throttle problem and wound up 22nd.

The best of the four Tickford Falcons was Cameron Waters in 12th, with Mark Winterbottom 17th, Chaz Mostert 18th and Richie Stanaway 19th.