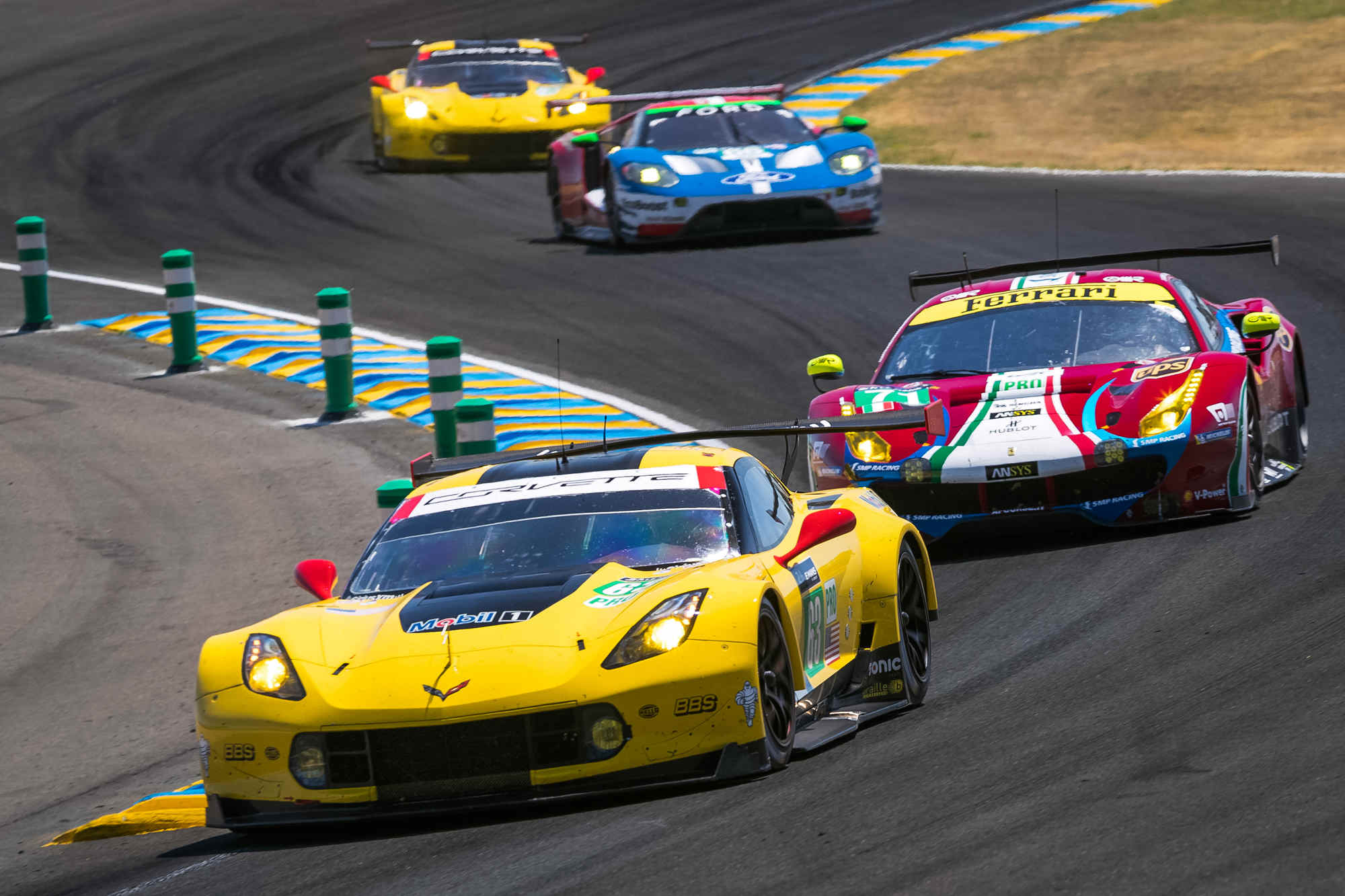 The FIA and ACO have confirmed Balance of Performance changes to five of the six manufacturers in the GTE-Pro class ahead of this weekend’s 24 Hours of Le Mans.

Three manufacturers have been handed weight adjustments, while there are boost ratio changes across the board for the quartet of turbocharged cars.

The new-generation Aston Martin Vantage GTEs that ran almost five seconds off the pace at the Test Day have been granted a boost increase, with smaller increases given to the BMW M8 GTE and Ferrari 488 GTE.

The Ford GT faces a minor boost reduction but countered with a 13kg weight break, compared to a 13kg weight increase for the BMW.

Chevrolet’s Corvette C7.R, meanwhile, will be 10kg heavier at the start of Free Practice on Wednesday, although Sportscar365 understands that this number has been offset by the team running heavier cars at the test.

Fuel capacity adjustments have been made to the Aston Martin (+4 liters), BMW (-4 liters) and Ford (-2 liters) but the maximum stint length of 14 laps for all GTE-Pro cars still applies.

The fastest car from the pre-event test, the Porsche 911 RSR, has not been handed any changes.

The only BoP change in the GTE-Am category is a 2-liter fuel increase for the previous-generation Aston Martin Vantage GTE.

While extensive changes have already been made, the FIA and ACO reserve the right for additional adjustments throughout the race week, leading up to Saturday’s race start.

The Equivalence of Technology has essentially remained unchanged for LMP1 non-hybrids heading into this weekend’s 24 Hours of Le Mans, with no adjustments to the fuel flow from the Test Day.

The FIA confirmed the numbers on Tuesday, including the maximum petrol energy and maximum petrol per stint for the non-hybrids, which had not been declared until now.

Non-hybrids will have a maximum petrol energy of 205 MJ/lap, which compares to 204.4 MJ/lap that the sub-category was permitted last year at Le Mans.

A slight decrease in maximum petrol per stint, meanwhile, has been made year-to-year as well, with non-hybrids permitted 52.5 kg compared to 53.2 kg in the race last year.

Most importantly, no change has been made to the maximum petrol flow of 108 kg/h for the non-hybrids.

With no EoT adjustments made to the Toyota TS050 Hybrids, per the regulations, it will result in a similar gap in performance seen in the single day test earlier this month.

The FIA reserves the right to make additional EoT adjustments throughout the race week, with non-hybrid teams subject to in-race penalties if they show increased performance compared to the Toyotas.

Non-hybrids will be limited to ten-lap stints in the race, compared to 11 laps for the hybrid-powered Toyotas, which will also have a quicker refueling time.