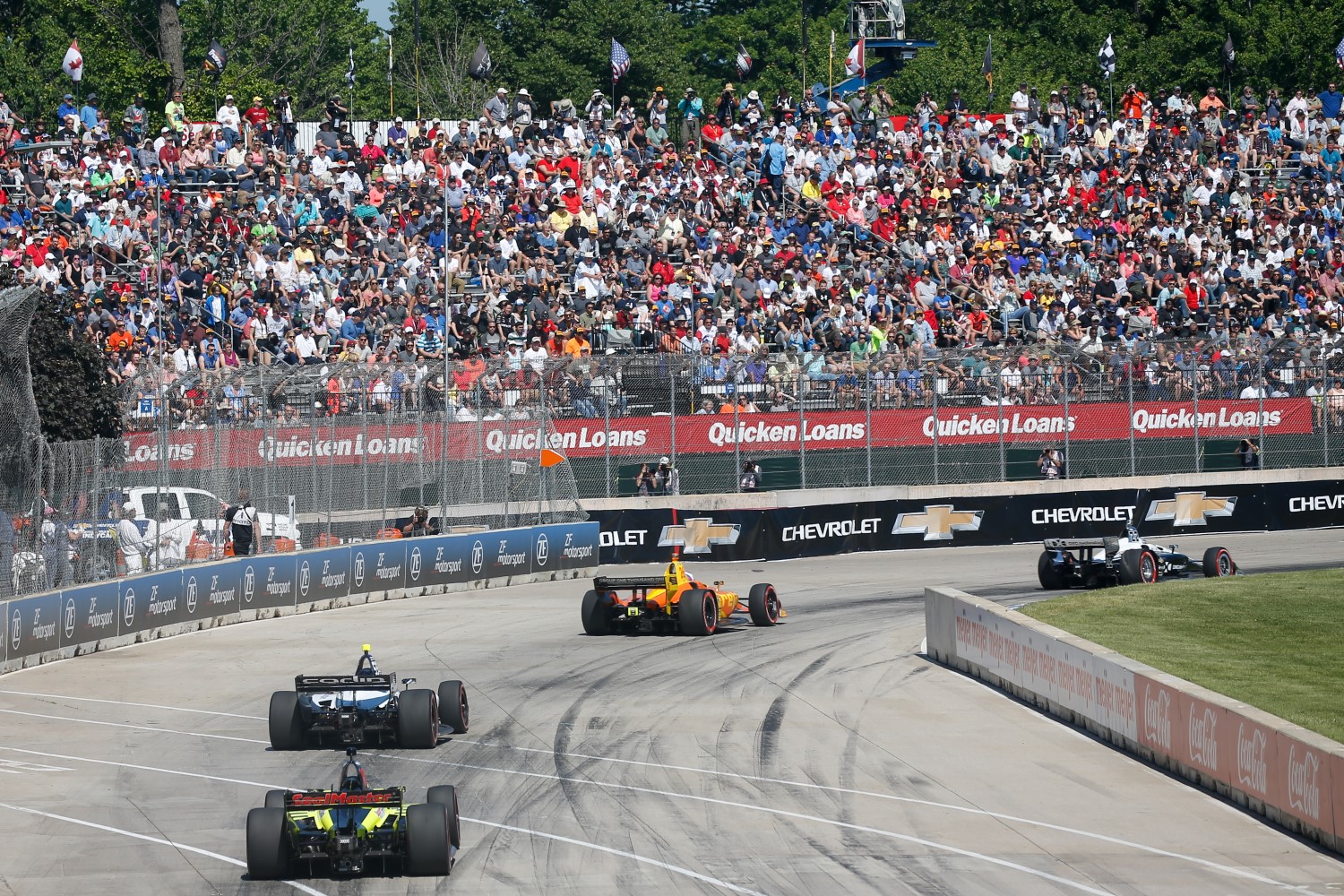 Last weekend’s Chevrolet Detroit Grand Prix presented by Lear enjoyed an increase in attendance, solid television viewership and record social media engagement following a successful weekend both on and off the track at Belle Isle.

The final numbers have been tallied and they reveal some impressive results for the Grand Prix, held June 1-3. The totals represent just how significant of an impact the Grand Prix has on a local, national and international stage as the event continues to be a positive force for its community and the region.

Grand Prix organizers estimated that the event attracted approximately 105,000 people to Belle Isle Park over the course of its three days last weekend – an increase from an estimated 100,000 attendees in 2017. This included over 27,000 fans on Comerica Bank Free Prix Day on Friday, June 1. For the second consecutive year, the Grand Prix established a new record estimated attendance total on Saturday of race weekend with approximately 48,000 fans visiting Belle Isle on Saturday, June 2. Both the Friday and Saturday totals represent a slight increase from the 2017 Grand Prix. With overcast skies and rain in the forecast for the early part of Sunday, June 3, approximately 30,000 fans attended the Grand Prix, which was consistent with the same number of visitors for Sunday activities last year at the event. With the impressive turnout, it marked the sixth time in the last seven years that the Chevrolet Detroit Grand Prix presented by Lear surpassed the 95,000 fan mark in total attendance.

For the second consecutive year, the Chevrolet Dual in Detroit Verizon IndyCar Series doubleheader weekend generated the highest weekend television viewership totals for any series race this season outside of the Indianapolis 500. The combined viewership for the two Chevy Dual in Detroit races televised live nationally on ABC-TV represented a total of 1.68 million viewers. While Saturday’s IndyCar race broadcast saw a dip in overnight Nielsen ratings, Sunday’s Dual in Detroit race saw a 13% increase to a .9 rating. Sunday’s race broadcast from Belle Isle ranked as the third-highest IndyCar race this season behind the Indy 500 and the season opener in St. Petersburg.

The local TV numbers were also impressive from the weekend. Both the Saturday and Sunday IndyCar race broadcast ratings in the Detroit market on WXYZ-TV were up significantly over 2017 with both telecasts ranking among the top three markets nationally.

INDYCAR also reported solid results for the Chevy Dual in Detroit through both social media as well as traditional media coverage. The event was the most successful weekend for the series this season in terms of total social media engagement and followers gained outside of the Indy 500. Social media terms for the event trended nationally on Twitter both on Saturday and Sunday. The Detroit races also generated the second-most stories and overall media coverage behind the Indy 500, so far in 2018.

On its own social media channels, the Grand Prix established new record highs in 2018. During race weekend alone, the event set new benchmarks for total reach, overall mentions and users talking about the Grand Prix. According to figures tracked by industry leaders Sysomos Social Analytics and Simply Measured, the Grand Prix increased its reach across all of its social media channels by 25% from 2017 to 71,859,900 during the 2018 race weekend. Overall mentions including the official handle @DetroitGP and hashtag #DetroitGP were up by more than 17% from 2017, while those talking about the event on social media more than doubled during the three days of the Grand Prix.

The totals were also impressive on the corporate partnership side for the Grand Prix as the event received support from a total of 75 partners in 2018.

“We couldn’t be more pleased with the results that we’ve seen this week for the 2018 Chevrolet Detroit Grand Prix presented by Lear," said Bud Denker, Chairman of the Grand Prix. “Most importantly, it was fun and safe weekend for everyone on Belle Isle and the island looked absolutely beautiful for those who were in attendance and for the millions of fans that watched the race broadcasts on TV around the world. We saw a boost in our attendance at the track, experienced some increases in television viewership, which has been down across almost all levels of sports this year, and we enjoyed record numbers through social media coverage. I said it right after the race on Sunday and these results certainly back it up – 2018 has to be considered our most successful event yet."

The racing results on the track at the Grand Prix were also memorable. Two former Verizon IndyCar Series champions and Indy 500 winners won the Chevy Dual in Detroit races with Scott Dixon of Chip Ganassi Racing taking the checkered flag on Saturday and Ryan Hunter-Reay celebrating in the Scott Fountain at the Autotrader.com Winner’s Circle on Sunday. Cadillac won in its home race as the Action Express Racing tandem of Eric Curran and Felipe Nasr drove the No. 31 Whelen Engineering Cadillac DPi to Victory Lane while the GTD class was won by Mario Farnbacher and Katherine Legge in the No. 86 Acura NSX GT3. In the Trans Am Series presented by Pirelli, Tony Buffomante won Saturday’s race in his No. 34 Mustang while TA2 leader Rafa Matos took home the victory in Sunday’s second race driving the No. 88 Chevy Camaro. In the SPEED Energy Stadium SUPER Trucks, Gavin Harlien captured the first race of the weekend on Saturday before Arie Luyendyk Jr. picked up his first Detroit win driving the Lear Corporation truck on Sunday.